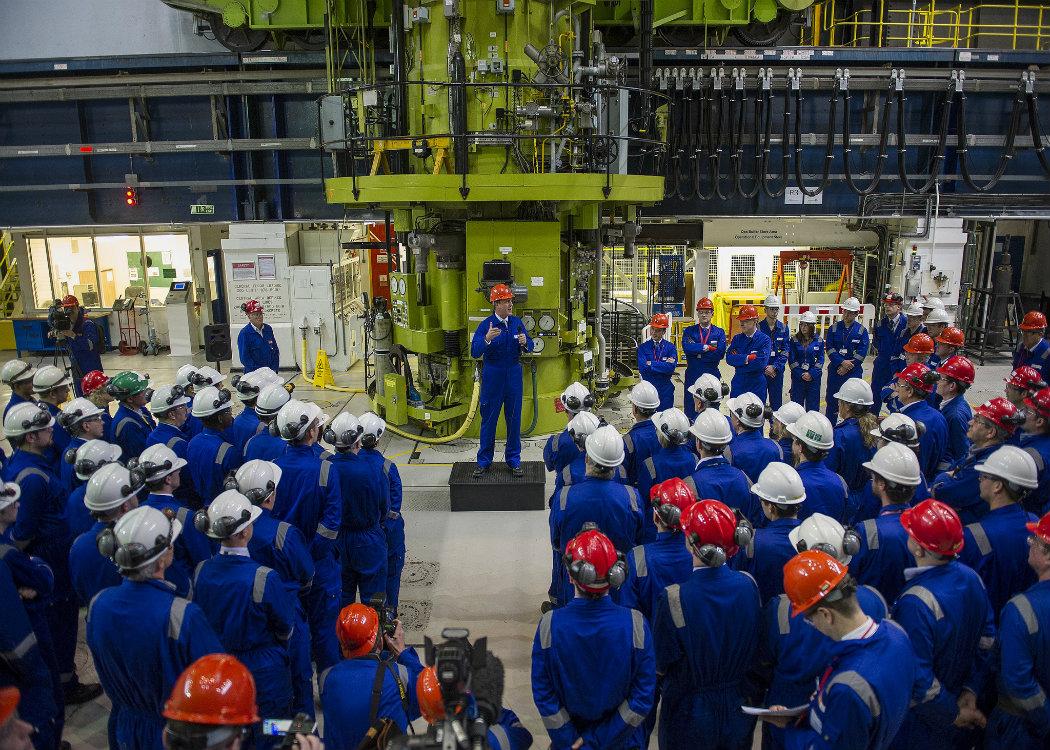 PLANS TO BUILD a the first nuclear power in the UK for 20 years have received the multi-billion pound backing of George Osborne, the UK chancellor of the exquecher

During a trip to China, where the government is hoping to source investment for the project, Osborne committed PS2bn of financial support out of the estimated PS24.5bn cost.

The decision to prioritise a new generation of nuclear plants – none of which will be in Scotland – has faced criticism from environmental campaigners concerned about nuclear waste, decommissioning and safety at the plants.

However, supporters of nuclear power claim the technology is efficient and substantially reduces carbon emissions.

Osborne, in quotes from Beijing attributed in The Guardian , said: “Nuclear power is cost competitive with other low-carbon technology and is a crucial part of our energy mix, along with new sources of power such as shale gas.

“So I am delighted to announce this guarantee for Hinkley Point today and to be in China to discuss their investments in Britain’s nuclear industry.”

Nationalised French energy company EDF is also key to the plant construction plans, but has delayed its commitment to the project while further development work is compiled.

Lisa Nandy, Labour Party shadow secretary of state for energy, raised concerns over the cost of the project: “Hinkley Point C is on course to become the most expensive power station ever built. This project could leave Britain’s bill payers paying over the odds for decades because ministers have negotiated such a bad deal.

“There is a role for new nuclear power stations to provide us with low-carbon power supplies but not at any any cost. [It’s] very troubling that the government has agreed these extra nuclear subsidies at the same time it’s cut support for more affordable clean energy technology.”

Greenpeace UK’s chief scientist, Dr Doug Parr, added: “This announcement is a PR smokescreen to give the impression that this project is moving forward when it’s actually bogged down in a swamp of troubles. Hinkley hasn’t got funding or safety clearance, and everyone outside the nuclear industry and our blinkered government thinks it’s absurd, yet the chancellor is ignoring them all to plough ahead with this overpriced, overrated, and overtime project.”

The total cost for decommission Sellafield nuclear plant has risen to PS53bn .

In Scotland devolved powers around planning means that that the Scottish Government has blocked any possibility of new nuclear plants.

The two remaining nuclear plants in Scotland – Hunterston B in Ayrshire and Torness plant in East Lothian – are both approaching the end of their lifecycle as operational nuclear plants.

Picture courtesy of Department of Energy and Climate Change