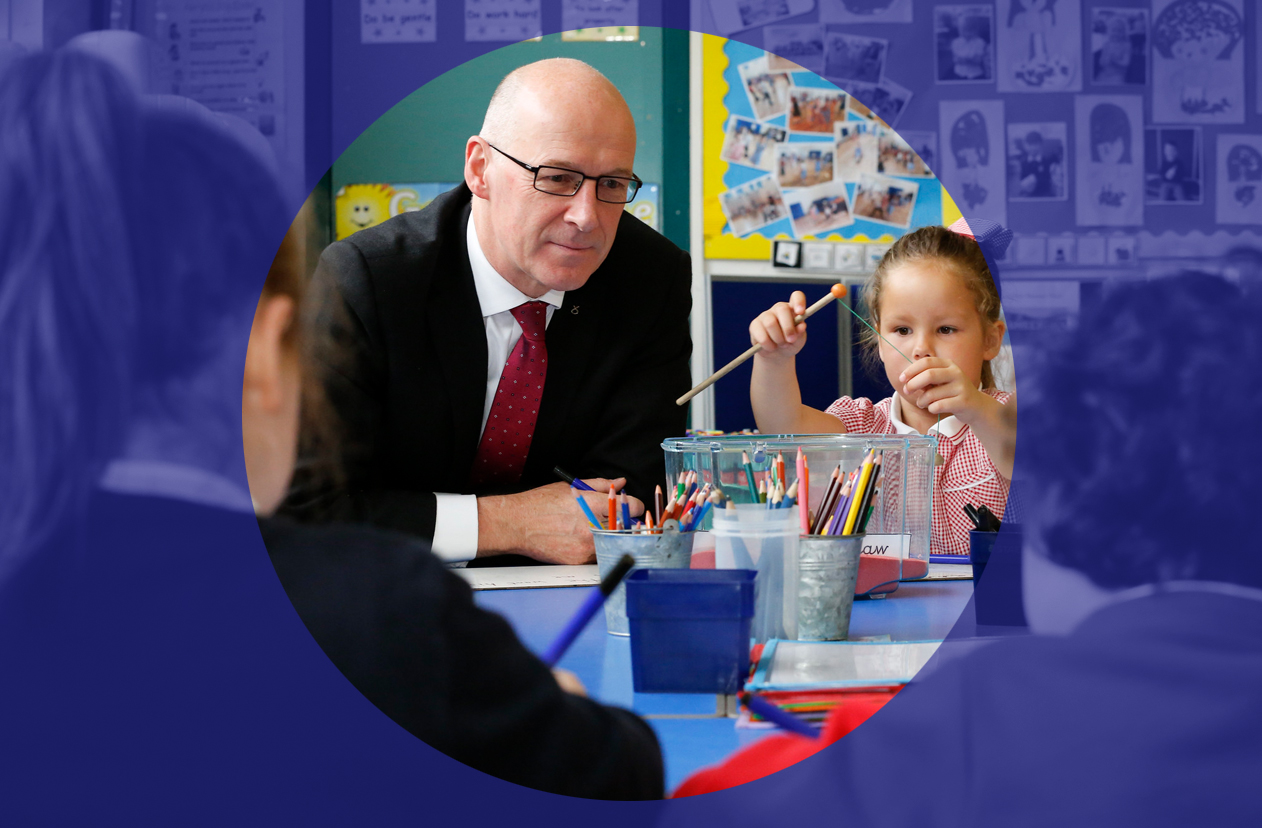 “As ever, a small group of particularly loud voices was presented as representing ‘parent power’. None of this is new in Scotland but for the sake of our kids I really, really wish we could move beyond it.”

JOHN SWINNEY’S announcement earlier this week that Scottish schools will reopen full-time in August with no physical distancing if the Coronavirus is sufficiently suppressed has not ended controversy over the state of Scottish education in an age of pandemic.

Despite being hailed by the Scottish Conservatives as the result of political and public pressure, the reversal by the Scottish Government – which had previously advocated a ‘blended’ model combining distance learning with face-to-face teaching – was preceded by debate which some argued had been unduly influenced by lobbyists.

Since the announcement, the Scottish Government has faced further criticism from the Education Institute of Scotland (EIS), the country’s largest education union, which described the move as “political” and warned: “We need to be absolutely clear that it would be a fundamental error on the part of the Scottish Government, our employers, parents, or indeed anyone, to believe that Covid-19 will have gone away in August and that it will be business as usual for schools. It will not be.

“If that is a politically inconvenient truth for anyone, it nonetheless remains a truth.”

Source discussed these with the Scottish journalist and lecturer James McEnaney, who has been an outspoken critic of the new plan for Scotland’s schools.

Source: How significant a reversal is John Swinney’s recent announcement on opening schools full-time in August, and what will the likely consequences be?

James McEnaney: The reversal is really one of presentation rather than policy as far as I can see. We’ve gone from ‘plan for the worst and hope for the best’ to ‘hope for the best and plan for the worst’. Full re-opening remains an ‘if’, although you’d be forgiven for thinking overwise from the coverage. The only immediate consequence is more uncertainty.

Insofar as it is possible to tell, what has been the reaction from Scottish teachers so far?

It is mixed but there is certainly a feeling of frustration, particularly due to the fact that this speech has been made just before the summer holidays and with no advance notice. Teachers want their pupils back full time – anyone who thinks otherwise has no idea what they’re talking about – but they also understand the full complexity of the situation and I think they’re entitled to feel let down.

I have seen some people suggest that the announcement means all the work on blended learning has been wasted, which I don’t agree with. If there are any spikes and some (or all) schools have to close again then those plans will be vital, and even if not, they can still be beneficial for others (such as school refusers or those with long-term absence through illness). There was always a risk that the actual physical planning work wouldn’t end up being needed which is unfortunate but, under the circumstances, unavoidable – although again it’s entirely possible that those plans will end up being used at some point in the not too distant future.

Does this announcement provide Scottish parents with more certainty, or less?

Less. No doubt. Yesterday morning I knew my son would be at school for two days every week – now I don’t really know what is going to happen. The certainty we had was imperfect but now we’ve exchanged it for uncertainty which seems to me to be a fairly bad idea during a time of unprecedented global uncertainty.

Some have attributed this move to pressure from the Scottish Conservatives, lobbyists, figures such as Jack McConnell, and ‘parent power’. To what extent do you think their influence played a part in this decision? Has a precedent been set for the involvement of such actors in influencing policy in such extraordinary circumstances?

There is no doubt whatsoever that politicians, lobbyists and Baron McConnell (who is of course also paid by PricewaterhouseCoopers) saw this as a political opportunity they could exploit and a way to boost some profiles. As ever, a small group of particularly loud voices was presented as representing “parent power”. None of this is new in Scotland but for the sake of our kids I really, really wish we could move beyond it.

What position does this leave Scotland’s teachers’ unions in?

An extremely difficult one. They’re not going to want to be seen to be standing in the way of a full return to school to I suspect they’ll largely keep their powder dry under more details emerge. But if it turns out that teachers are expected to work through their summer holiday – after working ridiculously hard throughout lockdown – then I’d be surprised if there isn’t a reaction. They’ll also, I would expect, be asking questions about social distancing in school for teachers, especially if other parts of society are still operating under those rules.

Given that you’ve argued a full review should be conducted on the organisations running Scottish education, what key issues should such a review examine?

I think both Education Scotland and the SQA have serious questions to answer about their handling of the situation over recent months, but in all honestly there has been widespread discontent with both organisations for years. Education Scotland faces constant accusations of failing to properly support teachers and the fact that it effectively marks its own homework is a problem. The SQA is much the same for those delivering qualifications in the senior phase. These problems have been swept under the carpet for years but a full review of Scottish education post-pandemic should bring all of it out into the light.