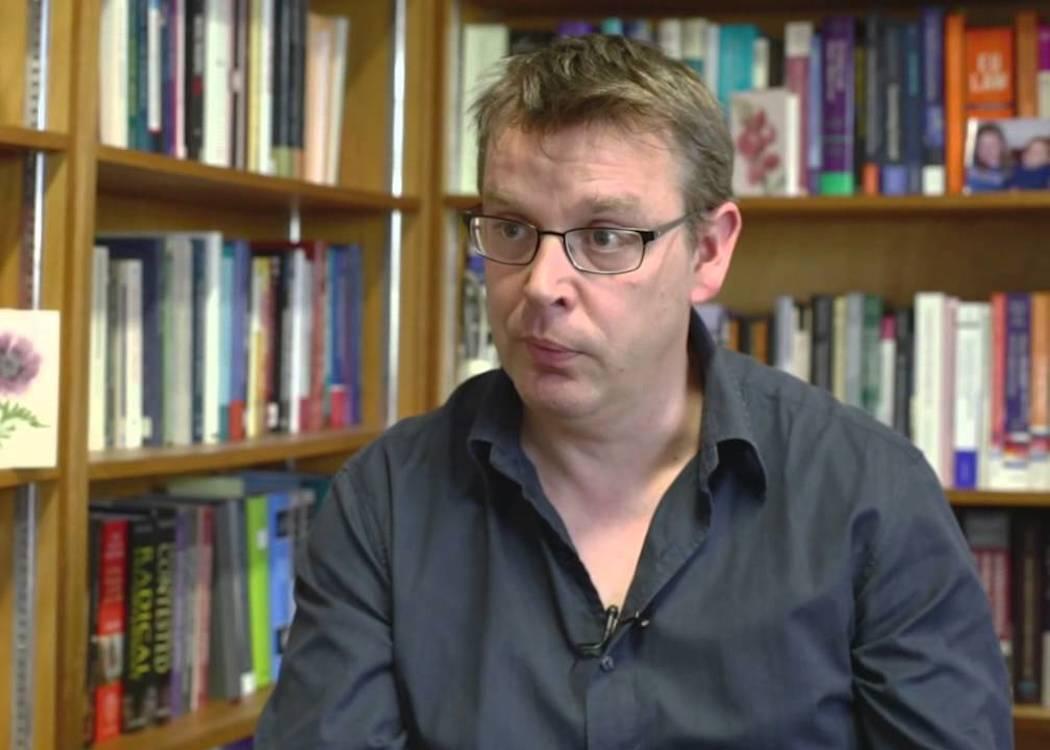 THE VOICES AND ORGANISATIONS that emerged during the independence referendum have changed the direction of Scottish politics. Most evidently, the SNP have become the dominant national party. But not all of those inspired into politics were within the ‘Yes Movement’.

Adam Tomkins, a professor in constitutional law at the University of Glasgow, began writing lyrical polemics advocating a heart-felt unionism as the clamour rose around Scotland’s future.

Now – in a short interval – he has become a leading Conservative Party spokesperson, thinker, and candidate in the city of Glasgow.

“I’m not a professional politician, I never planned to be a politician,” he explains. He lists his fresh involvement in politics alongside his experiences as a father of four and 25 years in higher education as things he would bring to the Scottish parliament.

“This election isn’t about anything going on at Westminster. This is about devolved politics and the Scottish parliament.”

Replacing party leader Ruth Davidson – who has moved to contest Scotland’s capital city – as lead candidate in Glasgow means Tomkins has strong odds of passing the 6 or 7 per cent threshold required to win a single seat.

“The way that we’ve running the campaign in the Scottish Conservatives is very much focusing on the list,” he says.

It’s logical. The Conservatives are straining to rebuild the party after decades of gradual decline and stagnation following the fall-out from Thatcherism. In Glasgow the party elected just one councillor and one MSP at the most recent contests. There hasn’t been a Tory MP in the city since 1982. Why?

“I don’t know,” admits Tomkins. “That sad story is not unique to Glasgow, is it? I think the Conservative Party has struggled in central Scotland, certainly for as long as I’ve been living in west, central Scotland. It’s also struggled in other northern [UK] industrial cities. Liverpool, Newcastle, to some extent in Manchester.

“I don’t really know why that is. I think what’s interesting though is that it does feel different this time. You do speak to some – never huge numbers – but some voters who are going Conservative for the first time.”

In 2011 the party scraped ahead of the Scottish Greens, managing third place with 6.1 per cent of Glasgow list vote.

This time around the party is more buoyant about its electoral challenge – partly due to the collapse of the Labour Party presenting a chance that the Tories may become Scotland’s devolved opposition for the first time.

Tomkins predicts success on the back of Davidson’s leadership – yet the party has also been held back by Westminster disputes, which have been capitalised upon by electoral opponents.

“It’s not us that’s keeping the constitutional question alive, but we would be fools to believe that it isn’t still alive.”

“The first thing to say about disability cuts, George Osborne’s budget and IDS [Iain Duncan Smith] is that neither of them are candidates at this election,” Tomkins states. “This election isn’t about anything going on at Westminster. This is about devolved politics and the Scottish parliament. This will be the first Scottish Parliament that will have significant tax and welfare powers.”

Tomkins is well versed in that process. An advisor to the party’s devolution review process and then its representative on the Smith Commission on further powers, he proudly asserts the benefits of Holyrood’s new tax and social security powers.

It strikes a marked contrast with the Tories of 1997 – who placed themselves on the wrong side of history by campaigning against a Scottish Parliament.

As a supporter of “home rule”, Tomkins is “delighted” that the new devolution settlement provides greater flexibility over social security and financial controls.

However, like the Tory Party, he’s aware that the constitutional question is far from certain.

“It’s not us that’s keeping the constitutional question alive,” he says of post-referendum Scotland. “But we would be fools to believe that it isn’t still alive. It still matters to people. People still talk about it in pubs, on doorsteps, in newspapers. You’re quite right to [talk about it] because it’s still in people’s minds.”

The Tory’s have developed a new, aggressive strategy to assert its unionism at this election – claiming that Labour has abandoned its pro-union defence that lost it support.

Does making the Tories the party of the union not risk alienating many Scots from the wider, pluralist, unionist project?

“It’s a really interesting question. I haven’t thought about it in quite those terms before. No, it’s not a concern that I’ve had. The Conservative Party would love the constitutional question to disappear,” Tomkins says.

“It’s not as if Conservatives are blind to the problems of poverty and inequality. It’s not as if we’re not doing anything about it.”

The Tories only received 14.9 per cent support from the total electorate in 2015, and even becoming Scotland’s second party would still likely be bottom one in four of total votes. Whether the image of a Tory dominate UK and Tory dominated unionism risks the future of the UK is a question for a future referendum. For now most politicians are focused on devolved issues.

“We have seen no serious or effective attempt to reform either health or education since the establishment of the Scottish Parliament,” Tomkins reminds us.

“I’m a reformist, liberal Tory who want to empower communities, and take power away from state bureaucracies,” he adds.

Scotland has substantial challenges rooted in the high levels of inequality – which is passed on through the bureaucracies Tomkins wants to reform. What about the root issue of inequality, so evident from Panama papers leaks, banking excess to the homeless bodies scattered desperately on the streets of towns and cities?

Do he see an urgent need to redistribute wealth?

“Yes,” Tomkins replies, before emphasising the global nature of the capitalist system.

“In terms of inequality more locally in Glasgow. I am absolutely of the view and my party is of the view that those with the broadest shoulders should carry the heaviest burden. And they already do,” Tomkins claims. “The top 1 per cent of income tax payers in the UK contribute 28 per cent of total income tax.”

Of course a major reason for this is the concentration of wealth at the top, much of which remains untaxed.

“I’m not a very tribal politician. One of the reasons is I’ve been on a political journey.”

“It’s not as if Conservatives are blind to the problems of poverty and inequality. It’s not as if we’re not doing anything about it,” he adds, slightly defensively.

The Tory solution to poverty is work and attempts to raise wages rather than tax redistribution, which puts the Tories to the right of all other mainstream parties.

Yet Tomkins’ history isn’t of a bog-standard Tory supporter. He co-authored ‘How We Should Rule Ourselves’ with pro-independence, socialist Alasdair Gray. He spoke at the ‘Declaration of Calton Hill’ a celebration of republican Scotland in 2004.

He shares his experiences as the only unionist at mainly pro-independence events during the referendum, at Changing Scotland and at the Imagination festival in Glasgow.

“All politicians like to talk to rooms packed full of their supporters,” Tomkins points out. “It’s nice to be applauded. It’s good for the ego. But it’s not very useful at the end of the day. It’s more useful to engage with people who you currently disagree with.”

“I’m not a very tribal politician. One of the reasons is I’ve been on a political journey. I haven’t always been a conservative. I wasn’t a conservative when I spoke at Calton Hill.”

He’s been on a personal journey with his opposition to the monarchy – or to be specific its crown prerogative powers. “The crown has disappeared as a problem [constitutionally] so my reason for being concerned about it – which was all about accountability of government – has disappeared,” Tomkins explains.

His career focus – over several decades – on the crucial details of the legal and political system would bring significant experience to Holyrood, especially given recent legal disputes on issues like land reform and the Trade Union Bill.

“I’m not seeking to go in there [parliament] to represent academic public lawyers,” Tomkins cautions – just to reinforce he isn’t a one trick pony.

Becoming Glasgow’s top elected Tory would be tougher than any previous legal conundrum – it brings with it the electoral challenge to turn around 40 years of decline. If the electorate follow polling expectations, that will be the challenge Tomkins faces for the five years ahead.