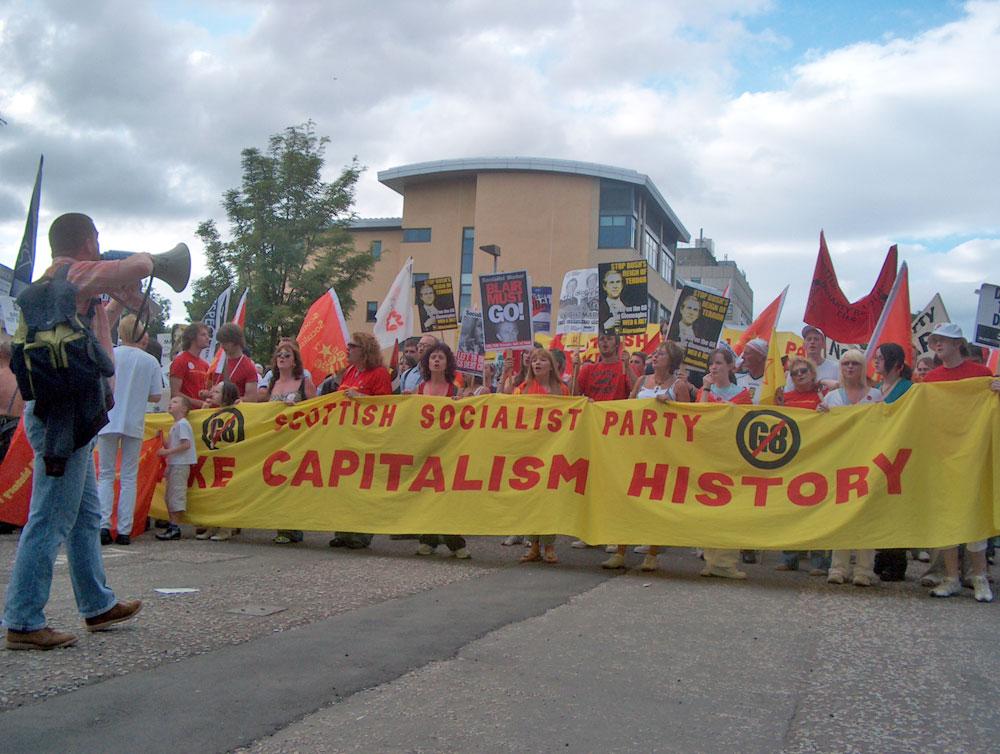 Ahead of the Scottish Socialist Party conference, CommonSpace looks at the state of socialism in Scotland

SOCIALISM in Scotland undoubtedly has a proud tradition. The trade union movement spurred the foundation of the Labour Party, from where leaders like Keir Hardie, Mary Barbour, Helen Crawfurd and Jimmy Reid campaigned for peace and social justice.

During the independence referendum, socialists converged on the Radical Independence Campaign – which supported an independent, left-wing, republican Scotland.

The campaign – which brought together the Greens, the SSP and independent campaigners – led community canvass work, especially in cities like Glasgow and Dundee that voted for independence.

Their slogan was “Another Scotland is Possible” yet after the unity of the referendum campaign and the surge of the SNP, what future is there for a successful socialist outfit in Scotland?

This weekend the Scottish Socialist Party holds its conference. Karl Marx famously warned that “the spectre of communism” was haunting Europe, for the SSP and other Scottish socialists they face the spectre of factionalism.

It’s been 12 years since socialists in Scotland ran an effective national campaign, when the SSP won 6 seats in the 2003 Holyrood election.

Many young campaigners will only have faint memories of a campaign that focused on free public transport, free school meals and other populist measures focused on tackling inequality.

Since then socialists have been beset with infighting, fall-outs, splits and re-splits. The Tommy Sheridan fiasco (when the SSP leader fought colleagues in the courts) led to the SSP breaking-down, and then falling into political irrelevance – as far as national elections go – by 2007.

Now, with the wind of Scotland’s ‘new politics’ and the sight of a lost Labour Party in their sails – some socialists are attempting to build a new electoral force for 2016.

Working with the Scottish Left Project?

With the participation of key organisers from the Radical Independence Campaign, it looks to the success of left-wing coalition Syriza in Greece for how socialists and radicals can campaign together and win.

It has high ambitions. It has a sleek website. It has the support of a range of figures from former SSP MSP Frances Curran, trade unionists like John Davidson, leading figure in Radical Independence Cat Boyd to former SNP deputy leader Jim Sillars.

But many, many left coalitions – new parties, new projects – have fallen by the way side in Scotland’s recent history.

A common barrier to electoral success has been a lack of cooperation.

The Scottish Socialist Party, in the words of some members sceptical of working with the Scottish Left Project, has a membership structure, an electoral track record, and mechanisms for democratic decision making. (Click here to read more)

Thirty members, ahead of its conference, signed an open letter declaring that they were unconvinced of the Scottish Left Project. Energy should be put into improving the SSP, they claimed.

Naturally, this led to an outpouring online of different political strategies from left-wing activists. Some called for a joint party, others dismissed the idea.

@SuperMhario said: “I thought it’d be a good opportunity for a clean slate for them.”

Scott McDonald said: “Some have indicated support. We’re debating this issue at #sspconf15 on Saturday.”

Tommy Ball said the Left Project proposal was “an attempt to destroy the SSP, and the members are (rightly) resisting it.”

Calton Books said: “Believe time is right to move forward, which means creating a new party of the left. The SSP is still damaged goods sadly.”

Allan Grogan said: “Surely we should seek alliances which benefits our party and cause. Those who signed clearly don’t feel that the left project is viable alternative.”

One country, many left-wing factions

Onlookers – especially those in the Scottish Green Party – are bound to see the absurdity in so many similar socialist groups unwilling to share the same coalition.

Despite fall outs and different views, the SNP, Tories and Labour remain united in comparison. For many on the left, the Green Party position with two elected MSPs and over 9,000 members is also far stronger in comparison that any socialist grouping.

With a year until the next Scottish elections, time is of the essence for hopes of any socialist representation in Holyrood.

A Green Party source, quoted in The Herald, already set their focus on winning a large swing of ‘list votes’ (the second vote) come May next year – the same tactic socialists are likely to employ.

So this weekend, when the National Executive of the SSP propose working together with the Scottish Left Project, the left could take a small step away from factionalism towards some form of cooperation.

Whether that happens, and whether all parties can harmoniously abide by the outcome, remains to be seen.