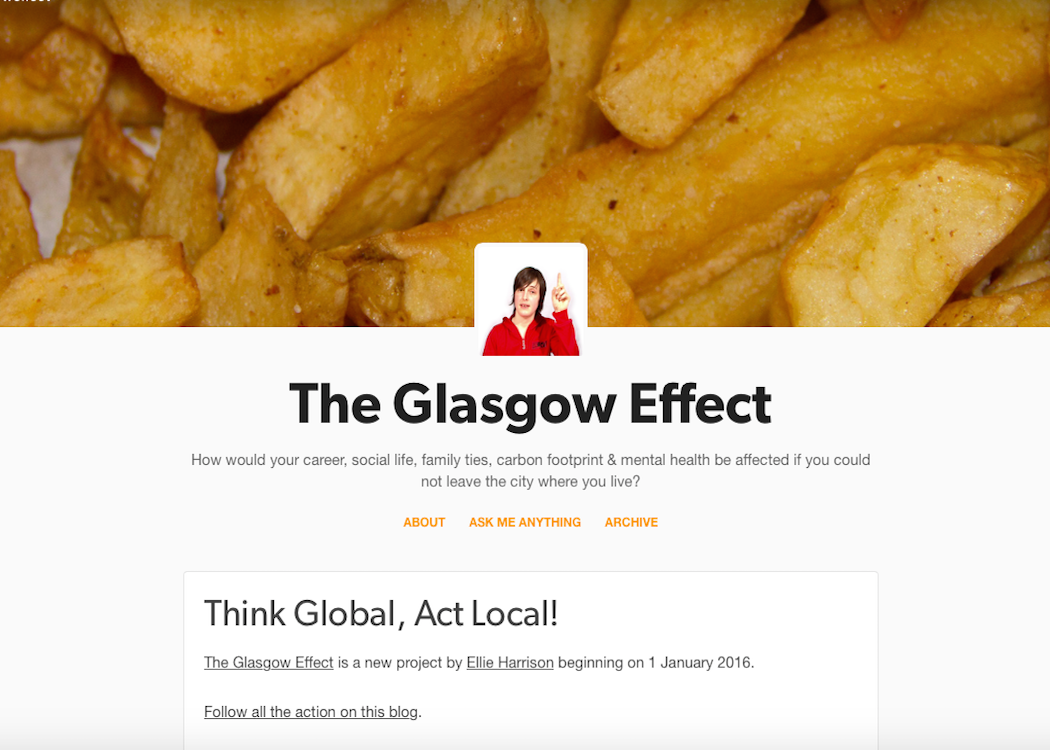 JUST a day after social media was dominated by the Tunnocks teacake saga, a new target for outrage has emerged in the form of artist Ellie Harrison’s ‘Glasgow Effect’ project, funded to the tune of PS15,000 by Creative Scotland.

While Tunnocks provoked online outrage by saying they’d remove the lion rampant from it’s “British” teacakes sold south of the border, the latest controversy all over social media is over the allocation of arts funding.

Ellie Harrison’s government-funded project , which will see the artist confined to Greater Glasgow for one year, is described by the artist as an “action research project/durational performance”. Its aim is to challenge the notion that to be successful, artists must travel extensively, and to instead focus on community involvement and “increasing her sense of belonging”. The project description also notes that the restriction will “enable her to cut her carbon footprint”.

But the ire of social media users was provoked by both the title and image of the project; both the Facebook and Tumblr pages are illustrated by a picture of chips, a stereotypically unhealthy food, and the project is called “The Glasgow Effect”.

Though this phrase can refer to Glasgow’s flourishing artistic scene, it is better known as a reference to the unusually high levels of ill health and mortality in the Greater Glasgow area in recent decades.

The reference was seen by some as offensive and insensitive, with social media comments focussing on the fact that Harrison will live in the West End, a relatively affluent area of the city, and that the money could supposedly have been ‘better spent’ on tackling poverty.

Artist and musician Loki called the project “a lot of shite”, and “the absolute epitome of the increasing gulf between a would-be arts establishment and the reality of life for urban Scotland”.

Harrison, who received an MA with distinction from the Glasgow School of Art, has lived in the city since 2008 and has been involved in a series of art projects. Recently she headed the ‘ Radical Renewable Art & Activism Fund ‘, raising money for community-based renewable energy development which will fund local art and activism. Since 2009 she has run the ‘Bring Back British Rail’ campaign, which has thousands of supporters.

Since the ‘Glasgow Effect’ project announcement went viral yesterday (4 January), a heated online discussion has grown quickly. The Herald’s art correspondent Phil Miller reported on Twitter that she has received emails telling her to “go back to England”.

The Facebook page for Harrison’s ‘Glasgow Effect’ has received hundreds of comments, many angry about the allocation of funding for such projects. But other commenters were supportive or called for a calmer discussion.

Local poet and community activist Jim Monaghan, who is involved with the grassroots project at Govanhill Baths , also commented on the Facebook page , writing that “arts funding is an essential part of any decent society”. He added that he found the chips imagery “dangerous and insulting”, but that to say that the money could be better spent is an “anti working class argument [which] says that arts should exist for those who can afford it or those who can supply a market … that art is for the middle classes”.

Harrison is expected to issue a statement later today (5 January).