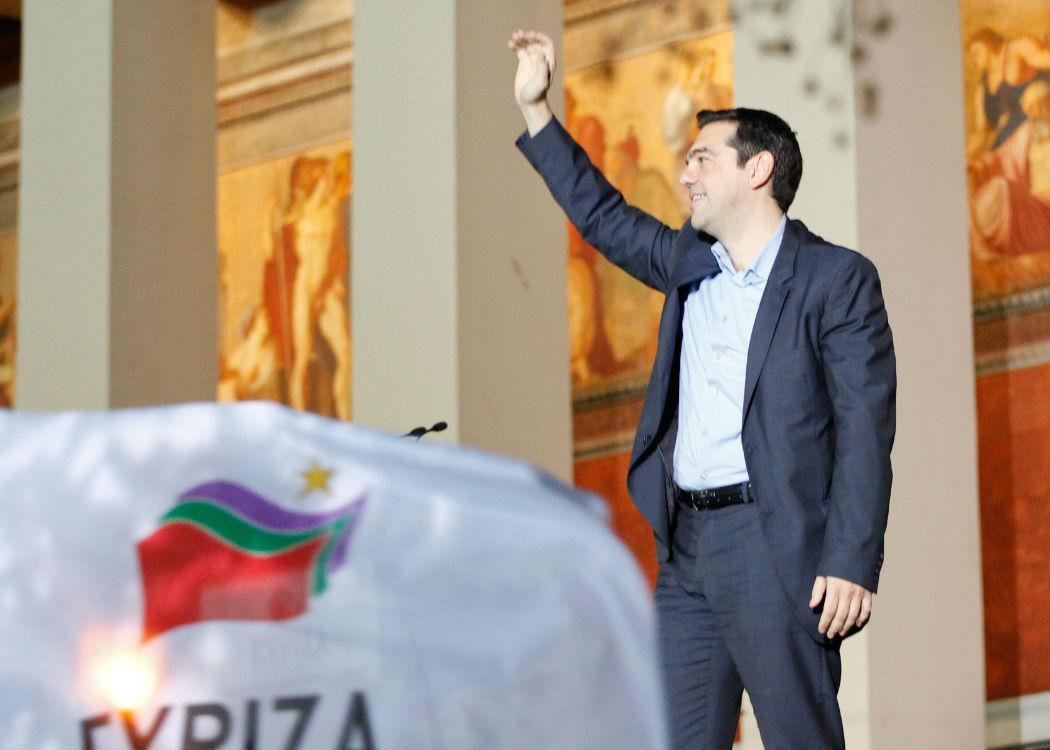 THESE days, the word crisis is most commonly associated negatively with describing a time of intense instability or danger. But the word first originates from the Greek for decision – krisis – and was initially used in English in the 17th century to describe a decisive point or turning point. For the past five years Greece has been in crisis. As the Greek people voted in their droves for Syriza on Sunday, it is now a krisis that the country faces. Greece’s moment of truth has arrived.

On what was essentially a referendum on austerity, the leftists swept to power, promising an end to the fiscal pain for the long suffering Greek public. After years of subservience to the banks and the markets, it was ultimately hope for a better future that won the day. “Syriza’s campaign message was a positive one,” says Dr Myrto Tsakatika, Senior Lecturer in politics at Glasgow University and Syriza Scotland member.

Tsakatika has previously spoken of a “project of fear” that the Greek media and the party of government, New Democracy, were spreading about the ramifications of a Syriza government. Now, the result is clear, “the fear campaign has not been successful” she says.

Syriza’s victory is the first of a radical left government in Europe for many decades. They pledge to reverse years of crippling austerity that have led to soaring unemployment and a humanitarian crisis among citizens.

A coalition of the Greek left, their popularity has risen sharply in recent years as disposable income for the country’s citizens has fallen precipitously. It has gained credibility and confidence for consistently opposing the drastic fiscal measures imposed upon the country by the ‘Troika’ of the European Commission, the International Monetary Fund and the European Central Bank.

The party is led by 40-year-old Alexis Tsipras, previously leader of the euro-communist Synaspismos, which forms the key component of Syriza. Tsakatika is born of a similar generation and tradition. She speaks with the clarity, purpose and confidence suggestive of someone in a radical party which is ready for state power.

Confidence, yes, but there is no hint of complacency. It is now that Syriza has been elected to power that the party will face down the real challenges. First, having come just shy of an overall majority, they must negotiate a coalition deal with a junior partner. This seems certain to be the conservative nationalist Independent Greeks, an unlikely ally perhaps, but a party also committed to opposing austerity.

The party is then set to go on a collision course with the European establishment as it demands a renegotiation of the country’s mammoth debt and has called for a European debt conference, similar to the one that relieved Germany of much of its debt in the 1950s.

The party wants the EU to abandon austerity and will argue for a quantative easing and a growth led recovery across the continent . According to Tsipras, “Syriza is the alarm clock that will wake the EU leaders out of their slumber”.

There are those on the Greek left who claim that Syriza will not succeed and be forced to implement austerity-lite. Opponents on the right talk of chaos and isolation in the event of a Syriza victory.

“Everyone knows this will not be a piece of cake,” Tsakatika says, understatedly. “But Syriza’s plan to end austerity is not about irresponsible fiscal expansion, it’s about balancing the budget. This is not something that is unrealistic to negotiate on the grounds of.”

While much of the focus of Syriza’s programme has been on the renegotiation of the debt, it is many other parts of its manifesto that has offered hope to a long suffering Greek public. It plans to immediately raise the minimum wage, to implement an emergency employment programme, to restore the right of collective bargaining, to provide food relief, and to reconnect families to the electricity grid. The party plans to pay for much of this with a serious clampdown on the tax evasion of the richest in Greece.

Standing alone, these policies are hardly radical. But they are in stark contrast to years of a European consensus of privatisation and austerity. According to Tsakatika, they are also simply “common sense”.

“The argument Syriza is putting forward is basic Keynesian economics. Unless you create some demand, there is simply no way the economy will start growing again.”

“Austerity has created a very bad situation in the country,” she says. “People have no money to spend so there is no demand. This has in turn led to a massacre of small and medium businesses. The argument Syriza is putting forward is basic Keynesian economics. Unless you create some demand, there is simply no way the economy will start growing again.”

Aside from the economic challenges, Syriza will also have to contend with a hostile environment from within the state itself. Only a few years ago, it was estimated that half of Greek police were voting for the neo-nazi Golden Dawn. Other facets of the state, such as the army and the diplomatic corps, remain traditionally conservative and it remains to be seen how they will adapt to a radical change in government.

“There are enclaves in the state that it will take a very long time for Syriza to have access to,” Tsakatika says from her office in Glasgow University’s Adam Smith Building. “But it is not a case of Syriza coming in and destroying everything in place. It will be a long term process of state transformation.”

Syriza are thinking long-term but then again they have had time to prepare for this moment. While waiting in the wings in opposition, Syriza representatives have travelled the world, including Latin America, drawing on alternative economic ideas and practices that have succeeded elsewhere.

However, the international links have not only been built for the sharing of knowledge and ideas. Syriza realise that in order to succeed will need support from allies in Europe and beyond. There is hope. Newly formed Podemos, born out of Spain’s indignados movement, is neck and neck in the polls with an election later in the year. Meanwhile, Sinn Fein’s populist rhetoric is courting support from an Irish public which seems to be finally awaking from a slumber after years of austerity.

As for the UK, Channel 4’s Paul Mason recently wrote that the closest thing to Syriza was the Radical Independence Campaign (RIC) in Scotland’s referendum. Does Tsakatika agree?

“Well, RIC certainly laid the groundwork for a broad coming together of various voices on the left and within green politics that are radical and want transformation,” she says. “But for me the real question is to what extent something like RIC can form the basis of a new political subject and how that is expressed.” A Scottish Syriza? Perhaps for 2016.

Will the SNP give some much needed support to the party now at the frontline of resistance to Europe’s austerity dogma?

In the meantime, it will be interesting to gauge the reaction, if any, of the Scottish National Party to Syriza’s victory. Opposing Westminster cuts is one thing, but will the SNP give some much needed support to the party now at the frontline of resistance to Europe’s austerity dogma?

What is certain, is that following Sunday’s historic vote, all political bets are now off. The tremors of Syriza’s sensational victory will be felt in the office of every political leader in the land. A game of high stakes brinkmanship is sure to ensue that could lead to Greece and, indeed Europe, on an entirely different course.

And what of those who say that Syriza will sell out, or that it can’t be done?

“It is easy to stand back and say that Syriza is not going to end austerity,” smiles Tsakatika. “But Syriza intends to try its best.”