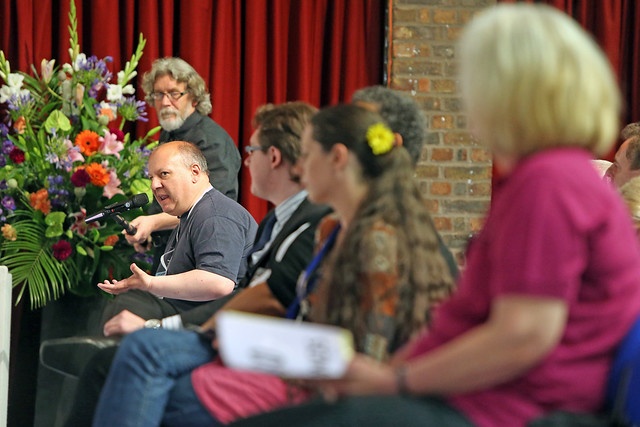 The Citizens’ Assembly will consider—

In doing so, the Assembly will decide for itself which challenges it wants to consider, examine the current constitutional arrangements for dealing with those challenges and the options for constitutional reform, and set out what further work is required to provide the information that would allow the people of Scotland to make an informed choice about the future of the country.

Within this remit, the Assembly will decide its own agenda and how it wants to approach its work.

READ MORE: Josiah Mortimer: The Citizens’ Assembly of Scotland – what can it learn from elsewhere?

The Assembly will produce a report containing recommendations to the Scottish Parliament and Scottish Government on those matters. Those recommendations must be relevant to the remit, based on evidence heard by the Assembly and capable of being put into practice.

The Scottish Government may refer further matters to the Assembly, or to a further Citizens’ Assembly, for consideration.

The Assembly will comprise up to 130 citizens selected randomly so as to be broadly representative of the population eligible to vote under the arrangements proposed in the Scottish Elections (Franchise and Representation) Bill 2019. Members must be available to participate in all meetings of the Assembly.

The Assembly will meet over 6 weekends between autumn 2019 spring 2020.

READ MORE: Democracy experts welcome plans for @ScotGov Citizens’ Assembly but say ‘devil will be in the detail’

The Government will make available resources as may reasonably be required to ensure the Assembly can deliver its remit.

Two Conveners, who will not be members of the Assembly, will be appointed by the Scottish Ministers to convene the Assembly independently of Government.  The Conveners will be responsible for ensuring the Assembly operates within its remit. The Conveners and Assembly will be supported and advised, as they see fit, by—

Guided by the Conveners, the Assembly may invite and accept submissions on matters relevant to its remit.

In making decisions about the design and delivery of the Assembly, the Conveners and those that advise and support it must take account of the principles of the Assembly.

The principles of the Assembly are—

Independence from government: including through the appointment of impartial and respected Conveners, an arms-length secretariat, and expert advisory groups.

Transparency: at all levels of the operation of the Assembly, from the framing of the questions, to the selection of members and expert witnesses, through to proactive publication and live-streaming of deliberative sessions and clarity about what the outputs will be used for.

Inclusion: extending not just to those invited to take part as members, but also to the operations of the Assembly itself.

Access: the wider public must be able to see and comment upon the work of the Assembly, and stakeholders must feel that they and their interests have a route into the Assembly.

Balance: the information used to build members’ (and the wider public’s) learning must be balanced, credible and easily understood.

Cumulative learning: embedded into the design of the Assembly, to ensure members develop a rich understanding of the issues considered and have time to do so.

Open-mindedness: the Assembly will be a forum for open-minded deliberation between participants, ensuring the public see it as a genuine process of enquiry, and to help ensure that it receives an open-minded response from the parliament and government.

You can find out more about the Citizens’ Assembly at its website here.