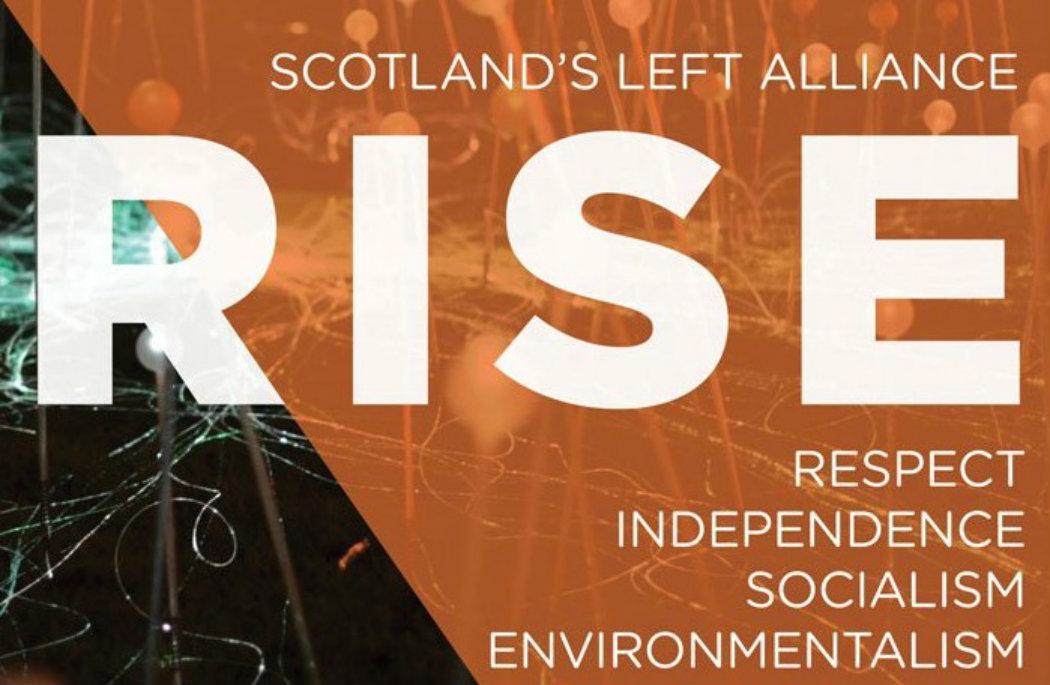 Socialists have united around a new grouping called Rise – what impact will it have?

RESPECT, independence, socialism and environmentalism will be on the ballot at next May’s Scottish Parliament elections.

The left-wing coalition Rise – agreed between Radical Independence partners, the Scottish Socialist Party and the Scottish Left Project – is aiming to be a radical, pro-independence alternative to the SNP and Labour.

Ahead of the group’s formal launch this Saturday in Glasgow [29 August] CommonSpace reports the responses of campaigners and commentators.

Lesley Riddoch in The Scotsman :

“They already have credible potential candidates in Cat Boyd and Colin Fox and a collective, grassroots structure that contrasts with the centralised management style of the SNP. Given the reluctance to call Rise a party – it is loosely modelled on the Spanish Podemos movement – there may be more than the usual pressures over how to select candidates and policies.

“But Rise begins with two advantages. Nicola Sturgeon and Jeremy Corbyn have helped re-legitimise left politics – and the big question about next year’s Holyrood elections is not about the likely winners but the likely opposition.

“Scots know they need a political spectrum in Holyrood not a monoculture. Rise provide voters with a viable deep red.”

“Presumably this leftist movement hopes to have slightly better longevity than Syriza, which U-turned on its anti-austerity platform and is now collapsing into typical infighting. But one wonders how long before RISE becomes FALL?”

“I’m aware that this is all very ambitious. But so was campaigning to break up the British state, which seemed invulnerable a few years ago. When we launched Radical Independence in November 2012, many people told us it was “pointless” and “divisive”; but by the end of the campaign it was difficult to find one person in the independence movement who did not see its value.

“Through trust, cooperation, openness and enthusiasm, we built a campaign within a wider movement that put socialist politics at the heart of the debate. By continuing in that spirit, the traditions of our movement will remain alive long after 2016.”

“I’m sceptical for a couple of reasons. One is that history is littered with left-wing groups coming up with a blaze of publicity and then dying with internal disputes. I also think that although they will style themselves as anti-austerity, there are in fact anti-capitalism. And I just don’t think there is a big constituency to get rid of capitalism.”

“We who argue for transforming Scotland shouldn’t be averse to new and emergent forces rising up, we should embrace them. We shouldn’t be frightened of change and of radical new voices emerging from our movement. RISE has much to prove and needs strategy and guile, but the evidence is it has that in bucketloads. Unity in diversity is a much stronger base for transformative action than one-dimensional party politics.”

“SNP supporters wondering what to do with their “wasted” list votes, and bored with the Greens, might well consider voting for a new left-wing nationalist party if one were available. And that is exactly the space Rise is trying to occupy because, unlike most Marxist parties of the past, it is unashamedly pro-independence.”

Euan McColm in The Scotsman :

“Rise will provide us with a distraction, a sideshow run by the usual suspects who’ve spent decades on the fringes of politics.

“And when it comes to polling day, Rise will sink, drowning in the echoes of voices claiming mainstream media conspiracy and unfair electoral systems. After that, the tradition of splits on the left will begin again.”