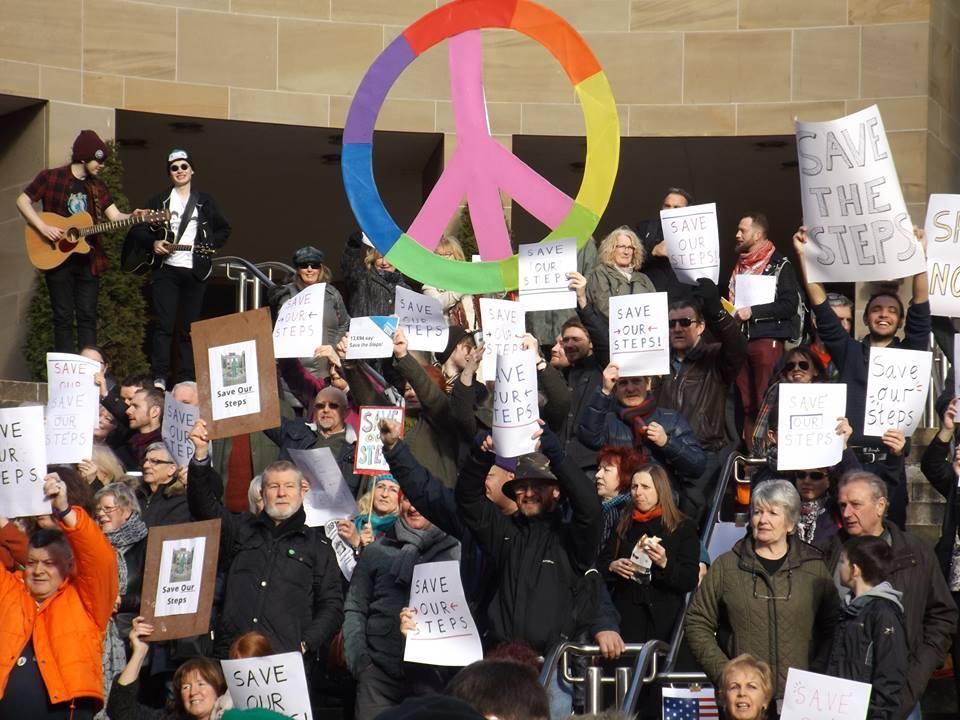 Despite public protest a prized civic space appears to be being sacrificed on the altar of commercialism, writes Martyn McLaughlin.

THE CASCADE of steps at the summit of Glasgow’s Buchanan Street is the stage for Scotland’s greatest theatre. They are the habitat of buskers and shirkers, bankers and workers, a place to take pause from the urban bustle over a wild crayfish and rocket bloomer or a sausage supper, a realm in which predatory Glasgow bams in search of an audience for their improbable tales of woe know they will find easy prey and 20 pence for that fabled bus to East Kilbride.

Last week, Glasgow City Council’s planning committee approved the demolition of the steps, which hug the southern entrance to the Royal Concert Hall. A quarter century after their installation – part of a sweeping metamorphosis of Glasgow’s urban environment in its year as European City of Culture – they are to be replaced by a tubular glass atrium that is half neomodern budgie cage, half translucent pedal pin; a gateway to a PS390 million vision that will expand the floorspace of the Buchanan Galleries shopping centre by 392,000 square metres.

Picture courtesy of Save the Steps