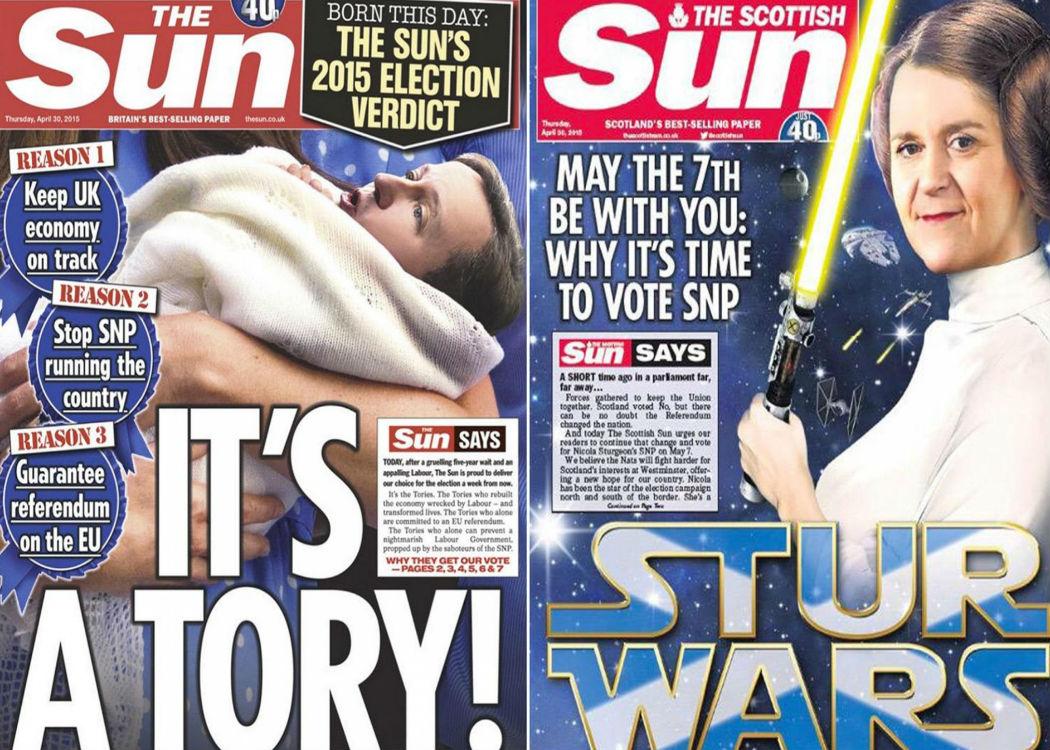 THE SUN and the Scottish Sun have endorsed different parties for the upcoming election on 7 May.

While the Scottish edition has backed the SNP, its London-based version urged people to vote Conservative to “stop the SNP running the country”.

The tabloids are the biggest selling daily newspapers in both Scotland and England.

The Scottish edition called Nicola Sturgeon the “star” of the campaign and praised her as a “phenomenon who inspires people”.

The SNP leader was depicted as Princess Leila from Star Wars with the paper calling her “a new hope” for Scotland.

It previously supported the SNP in the 2011 Scottish Parliament election but remained neutral on the independence referendum last year.

Meanwhile, the English version portrayed David Cameron as a newborn baby and said it backed the Tories after “fears of hard Labour”.

The paper, which had supported New Labour since 1997, also backed the Conservatives in the 2010 General Election.

“We are a Scottish newspaper, run in Scotland, printed in Scotland, produced in Scotland by Scots, and it’s not a surprise to anybody – least of all Rupert Murdoch – that these two papers have a diversion of view tonight,” he said.

Picture courtesy of The Sun