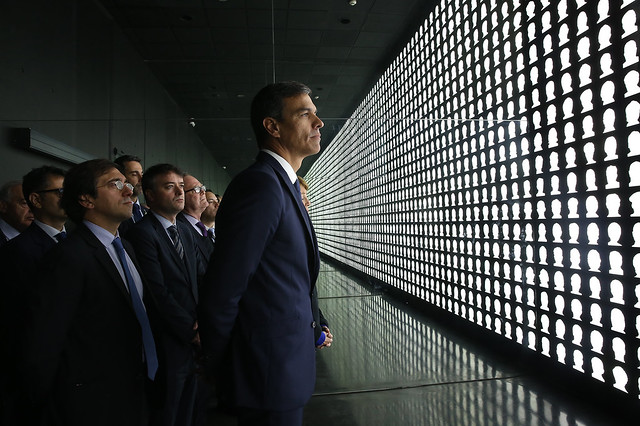 THE Spanish elections on Sunday [28 April] has produced a fragmented political picture across Spain, and an uncertain situation in terms of how a coalition to govern will be formed.

CommonSpace answers some of the key questions about the result and what it means in just 1000 words.

The Spanish Socialist Workers’ Party, PSOE, led by Prime Minister Pedro Sanchez, won the most seats, with 123, well ahead of second best Popular Party (PP), with 66.

So in that sense they ‘won’ the election, but they haven’t secured enough seats to govern. They have 123, but they need 176 for a majority in the Spanish Congress.

So what happens now?

Sanchez now has the opportunity negotiate with smaller parties to build a coalition which can form a majority.

He has two realistic options to do this. He could come to an agreement with the centre-right Ciudadanos (Citizens) which would be enough seats to form a fairly stable majority. But this seems unlikely – both parties said in the campaign that they wouldn’t support one another, as they have very different approaches to the Catalan independence crisis. Ciudadanos are hard-liners on repressing Catalan democracy, while PSOE are for “dialogue”.

The other option he has is to get the support of the left-wing Podemos (We Can), which would probably be an easier coalition for Sanchez to build, but it would not form a majority. He would still need an extra 11 seats, and therefore would have to secure the support of regional and pro-pro-independence groups to get to the magical 176 figure.

Yes and no. Probably securing the support of the Basque Nationalist Party, which won the most seats in the Basque Country (6), will be achievable, and some of the other regional parties with just one seat. But it will be much more tricky when it comes to the ERC (Republican Left of Catalonia), who won the most seats in Catalonia (15). They say they are for dialogue with Madrid too but want the trial of nine pro-independence leaders for their role in the 2017 independence referendum ended and the prisoners released. Sanchez won’t do that, and in fact in the election campaign he said he was prepared to use direct rule over Catalonia again, like his PP predecessor Mariano Rajoy did following the 2017 referendum, as he’s under pressure from Spain’s right-wing parties to take a harder anti-Catalan line.

So Sanchez might not be able to build a coalition?

Yes, but that doesn’t mean he won’t govern. He could be a minority government, reliant on winning the support of other parties on a vote-by-vote basis. That is what he has been doing since he became Prime Minister in June 2018, after a vote of no confidence in Rajoy. The deputy Prime Minister Carmen Calvo has already indicated that this will be the path they take.

The pro-independence parties, including ERC, will be under a lot of pressure to avoid the government collapsing, as it would trigger another election which could bring a combination of the three right-wing parties to power. They would definitely prefer to deal with Sanchez and Podemos than PP, Ciudadanos and possibly even the far-right Vox too.

Tell me about Vox.

Vox is the first far-right party to win seats in Spain’s post-Franco era, which ended shortly after the death of the dictator in 1975. Vox won 24 seats and 10.3 per cent of the vote, having won just 0.2 per cent of the vote in the last General Election. So in that sense this election result represents a very dark moment for all anti-fascists. But, it could have been worse – they had hoped for an even bigger breakthrough, and they hoped to form a coalition with PP and Ciudadanos, like they did after the December regional election in Andalucia, in the south of Spain. The rise in support for PSOE was definitely connected to an anti-fascist mood, while the collapse in the PP’s support – which fell by 15 per cent, losing the party more than half of their seats – has led to many senior figures say that they did not distance themselves from Vox enough.

Why has support for Vox grown so quickly?

Spain was unusual in Europe in not having a major growth in the far-right in the years following the 2008 financial crash, so in some ways this only goes to show that no country is immune from this problem. But there are two specific, contemporary factors at play: one is the rise in authoritarian and xenophobic Spanish nationalism in response to the Catalan independence crisis. This has led to the revival of a Falangist street protest movement, legitimised by Rajoy’s repression of Catalan democracy and motivated to push the government to go further. The other is the refugee crisis, which the south of Spain in particular has become at the centre of.

So the Catalan crisis has had a really big effect on the whole of Spanish politics?

Yes, it has led to a polarisation between the Spanish ‘heartlands’ and the ‘autonomous communities’, though this election does show PSOE winning majorities in most of Spain outside of the Basque Country and Catalonia, so it’s a complex picture.

And how did the election go in the Basque Country and Catalonia?