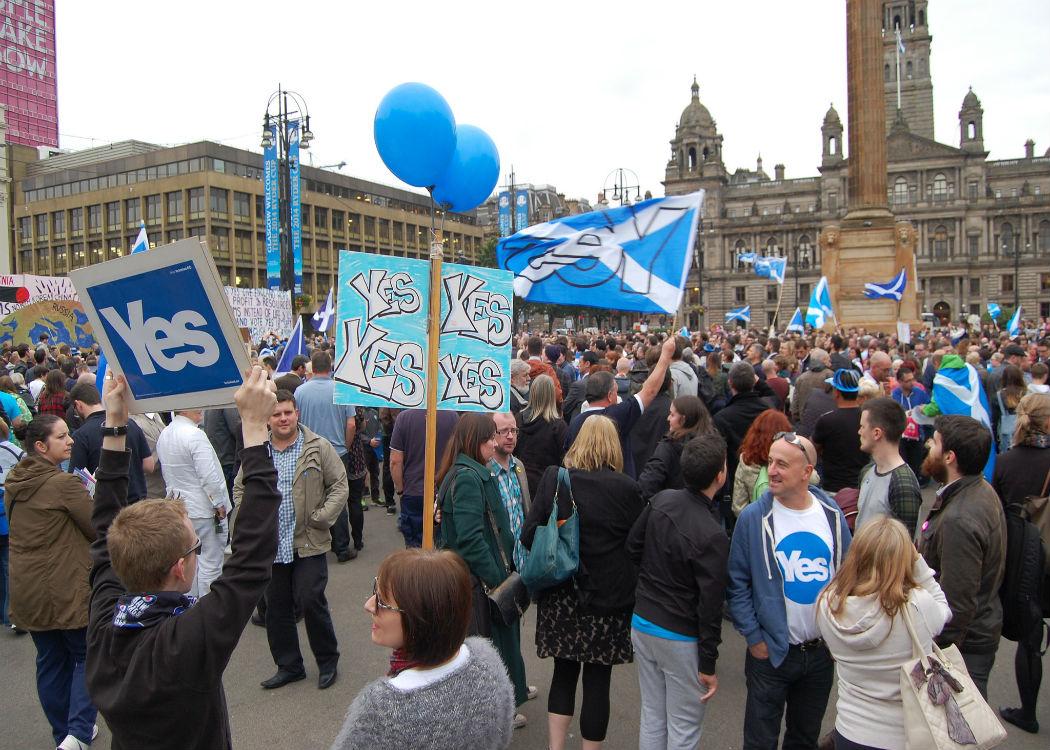 IT’S a good time to launch a new campaign on an LGBTI+ issue. It’s a matter of days since the United States, a country sharply divided on LGBTI+ issues, surprised the world by making equal marriage legal through a 5-4 vote in the Supreme Court.

With millions of Facebook profiles across the world turning to the colours of Pride in celebration, the timing for Jordon Daly, 20, a Glasgow University student, and Liam Stevenson, 37, a petrol tanker driver, to launch their campaign for LGBTI+ education to be taught in all Scottish schools could not be better.

Change tends to be infectious, but for Daly and Stevenson things just can’t change quickly enough.

“In the past five years there’s been massive change in Scotland. I remember being 13-14 and not seeing LGBTI+ things anywhere, but now it’s much more mainstream. We’re moving slowly, but change is happening. The thing is the institutions in Scottish life, especially education, still have a long way to go. We’ve got marriage equality and I think education is the big one now.”

Stevenson has the same drive as Daly to make the forward march of history move a little faster, and like any campaigner has the optimism that things can happen quickly.

“If we can get this implemented,” Stevenson says, “the effects can be nearly instant because it’s a generational thing. All over you have sons and daughters correcting mums and dads and aunties. This new generation can begin making homophobia unacceptable, if we get it right at school.”

“If we can get this implemented, the effects can be nearly instant because it’s a generational thing. All over you have sons and daughters correcting mums and dads and aunties.” Liam Stevenson

The story of how Daly and Stevenson got together to launch the Time for Inclusive Education (TIE) campaign is in itself a shining example of the infectious nature of change.

The two only got involved in politics shortly before the Scottish independence referendum last September. Stevenson began independently organising political meetings in Cumbernauld.

After the referendum, Stevenson was one of the many to continue in political activism. After organising an event in support of food banks in the area, he met Daly and they began to talk.

“Jordan explained the experiences a young LGBTI+ person goes through, the difficulty in self-acceptance; we spoke about homophobic bullying, the statistics with people committing suicide, contemplating suicide, self-harm and all that sort of stuff,” Stevenson says.

“We discussed setting-up a support group, and then Jordan decided to take that a step further and say ‘what about a political campaign to actually change things at a statutory level?’, and that’s how it got started.”

The 17 years age difference, as well as Daly being gay and Stevenson straight, didn’t stop the two quickly becoming good friends and political accomplices, and learning from one another.

“I’m your standard working class guy who goes for a drink plays football and stuff,” Stevenson explains, “and I was a heavy user of homophobic terms – I would never ever discriminate against anybody for anything, but I used homophobic terms very regularly.

“Until I met Jordan and he educated me about it that’s when the issues really struck home to me. It’s a heteronormative society that we live in and we are all victims of it, and that type of language is just one of the symptoms of it.”

“It doesn’t sit well with me that there are probably still people in my high school who are going through exactly what I went through.” Jordan Daly

For Daly, meeting Stevenson has helped give him the confidence and self-esteem to open up about his own experiences and make something positive out of them.

“I did not have a brilliant time at school, struggled quite a lot with – I did consider suicide,” Daly explains.

“I didn’t speak about it until I met Liam. I supressed it. When I discussed it with Liam we both came to the conclusion that this sort of thing really can’t be happening. It doesn’t sit well with me that there are probably still people in my high school who are going through exactly what I went through.”

Daly’s experience as a young LGBTI+ person is far from being an isolated case. A school report by Stonewall Scotland in 2012 found that 54 per cent of those who experienced homophobic bullying were self-harming, with one in four attempting suicide.

The statistics should raise alarm bells for those in the education sector: as Stevenson points out: “If there is one-quarter of any part of society attempting suicide, 54 per cent self-harming, that’s completely unacceptable.

“This is not a gay issue – this is a humanitarian issue,” he adds.

What is to be done? Clause 28, which stopped schools from promoting “the acceptability of homosexuality” was repealed in 2000 by the Scottish Parliament, despite the determined efforts of Stagecoach owner and SNP donor Brian Souter, but Daly says that just because teaching LGBTI+ education is now allowed it does not mean that it is happening in schools across Scotland.

“The lessons and guidelines are in place for LGBTI+ education, but the problem we have is the only statutory requirement in schools is for religious education,” he says.

“The individual schools can choose to opt out from LGBTI+ education, so the Scottish Government could go to a school and say ‘we’ve got this progressive teaching programme, we want to do this anti-homophobia campaign’, and the school can just say no.”

“I feel like education failed me, and I think it’s still failing people every day.” Jordan Daly

For tens of thousands of LGBTI+ pupils, the experience of the school curriculum is alienating.

“When I was at school that’s the way I felt,” Daly says. “I didn’t feel included at school. I went to a catholic school and it was made clear to me from teachers that homophobia was the biggest problem they faced but there was never one word about it in the school curriculum.

“My cousin is going through sex education right now and he’s at a denominational school. He showed me the pamphlet that they’re working from, it’s called “God’s loving plan” and it really is frightening that in this day and age that is being taught to kids, completely ridiculous stuff that they are being told.

“I feel like education failed me, and I think it’s still failing people every day.”

One area in which Daly believes LGBTI+ education could be vital is learning about its history.

“When it comes to racism, I can tell you the ins and outs of the civil rights movement now because I’ve been taught it all,” he says.

“But when it comes to LGBTI+ history – Harvey Milk, Matthew Shepard, Stonewall – I had to learn all of that myself.

“When kids use ‘so gay’ as a derogatory term, they don’t know that they are standing on the wrong side of all that history.

“If you actually tell them that these people have had to fight all these things in history, then people will start understanding and realising you can’t use that sort of language, you can’t be victimising a whole community of people that have had to fight against victimisation for years.”

“When it comes to LGBTI+ history – Harvey Milk, Matthew Shepard, Stonewall – I had to learn all of that myself.” Jordan Daly

For Stevenson, he doesn’t want his four-year-old daughter to grow up being comfortable using homophobic language.

“It’s all learned behaviour,” he says. “I’ve got a four year old daughter who loves Jordan, absolutely adores Jordan because she see him as a nice young guy who plays with her.

“She doesn’t see ‘gay Jordan’, anything like that. So as far as I’m concerned, I wonder how my four-year-old daughter – or other kids like her – could one day go from there to developing into a 14-year-old girl in a classroom bullying someone for being gay. Somewhere down the line we’re failing these children.”

Stevenson and Daly are both convinced that after equal marriage this is the next big thing for the LGBTI+ movement, and are willing to go round the country to build support and take on the debate.

They want to build cross-party support for their petition, and are speaking to trade unions, campaign groups and LGBTI+ organisations to make the campaign as big as possible.

They are also available for speaking at events, and are soon going to be speaking in a school in Govan about their campaign.