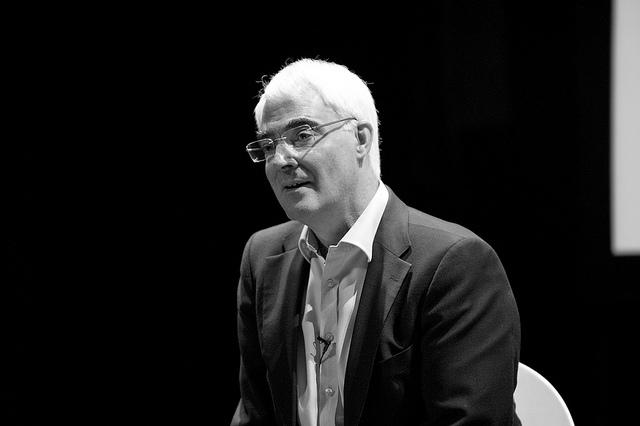 The most overrated underrated politician of my lifetime is Alastair Darling.

Not content with being responsible for conceding the need for austerity to George Osborne in 2008, he has since been the frontman for Tory front organisation Better Together. Now he’s chosen to enter the debate engineered by the Conservative Secretary of State for Scotland (1995-97) Michael Forsyth and the Conservative leadership. It’s the hallmark of the man that Darling can’t see a political play even as he’s blundering around within it.

While Labour were desperately trying to win the referendum to protect their 40 Scottish MPs seats in Westminster, the Conservatives were plotting the downfall of the Labour Party.

On 7am on the 19th September, with Scottish oil secured for the UK Government, David Cameron stabbed his erstwhile Better Together comrades in the back by demanding English Votes on English Matters. This was calculated to set up a dynamic where Labour were seen in England to argue that Scottish MPs should vote on things that don’t affect their constituents, while the notion that they were only in favour of the union to save MPs’ jobs left them looking self-interested in Scotland.

Labour have ended up in a nightmarish position: they look like the ‘party of Scotland’ in England, and the party of Westminster in Scotland.

Over the past few weeks, as the Tories have discovered that the electorate are underwhelmed with their economic performance they have sought a new campaign strategy. Their strategy is to crush Labour between the millstone of English grievance at the attention paid to Scotland and the grindstone of a newly invigorated SNP.

To give the story legs the Conservative leadership have deployed an old public relations trick – extending the story by giving it a twist. They contrived an argument about whether it’s a good idea to talk about this. On one side Michael Forsyth saying that it’s a bad idea, on the other David Cameron, William Hague and John Major saying it’s very important. The aim is to reinforce the message by creating a debate about whether Labour should be allowed to do a deal with the SNP.

Into this fray the man of the hour in every Labour disaster, Alastair Darling strides. By turns defensive, terse and aggressive Darling came perilously close to ruling out a Labour administration supported by the SNP. He certainly won’t have left listeners any clearer as to why Labour have a strong message about 1,000 more nurses – which is Labour’s lead story for today. Instead he got hot and bothered about how bad the SNP is, and played right into the Conservatives’ hands. Labour need to stop talking about Scotland, and get back onto the territory where they’ve been successful: pointing to the terrible mess the Conservatives have made these last 5 years.