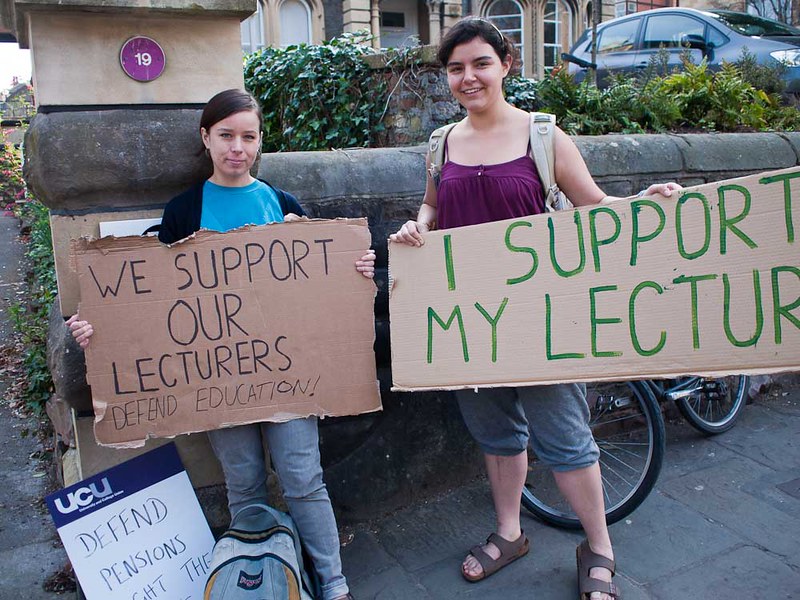 –      UCU strikes to affect 12 Scottish institutions, including the universities of Edinburgh, Glasgow and St Andrews

–      Industrial action spurred by legal disputes over changes to pensions and the failure of universities to address issues of pay, equality, casualisation and workloads

THE National Union of Students (NUS) Scotland has voiced its solidarity with newly announced strike action by the University and College Union (UCU), which will affect 60 universities across the UK between 25 November and 4 December.

Following the votes, the UCU’s higher education committee has now set out the timetable for the industrial action. The union has said that universities will have to respond “positively and quickly” if they wish to avoid disruption this year.

UCU general secretary Jo Grady said: ‘The first wave of strikes will hit universities later this month unless the employers start talking to us seriously about how they are going to deal with rising pension costs and declining pay and conditions.

“Any General Election candidate would be over the moon with a result along the lines of what we achieved last week. Universities can be in no doubt about the strength of feeling on these issues and we will be consulting branches whose desire to strike was frustrated by anti-union laws about reballoting.”

“The UCU have the full support of the student movement as they fight for the fair deal they rightly deserve.” NUS President Liam McCabe

In addition to the planned eight days of strike action, UCU members will also begin “action short of a strike”, such as working strictly to contract, not covering for absent colleagues, and refusing to reschedule lectures lost to the strike.

In Scotland, which saw turnouts of 56.9 per cent and 56.5 per cent from Scottish UCU members on the respective ballots, 12 institutions will be affected by the industrial action, including the universities of Heriot-Watt, Aberdeen, Dundee, Stirling, Edinburgh, Glasgow, St Andrews and Strathclyde.

UCU members at Glasgow Caledonian, the Glasgow School of Art and Edinburgh’s Queen Margaret University will engage in action only over the pay and conditions dispute, while the Scottish Association of Marine Science staff will strike over the USS pensions dispute.

Last year, changes to the USS led to an unprecedented wave of strike action by the UCU as part of its industrial dispute with 64 universities represented by Universities UK. In solidarity with the strike, many student demonstrators occupied university property across the UK, including buildings in Edinburgh, Glasgow, Aberdeen and Stirling.

“Strike action is always the last resort. Neither staff nor students wish to see this disruption and we call on the employer to sit down meaningfully with the union to resolve the dispute. The UCU have the full support of the student movement as they fight for the fair deal they rightly deserve.”