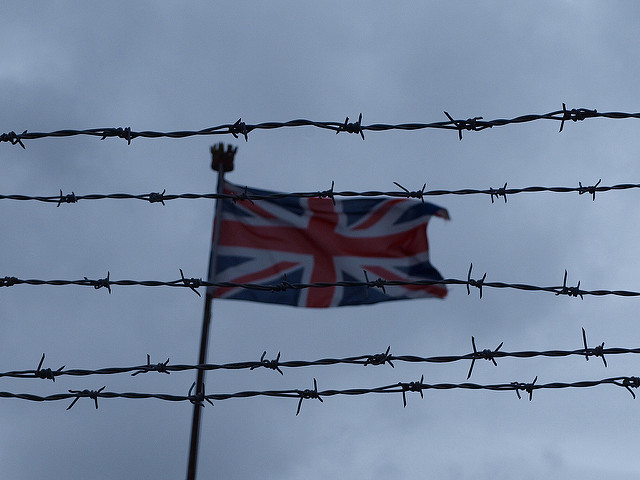 Following the leak of the anti-independence group’s potential funder list and the announcement of an Electoral Commission investigation, CommonSpace asks what lies behind Scotland in Union

SCOTLAND IN UNION (SIU), the anti-independence campaign group, has been left reeling since the massive leak of information regarding its donor base on 30 December to several pro-independence blogs and news organisations.

In consequence of the data dump – shared by an anonymous email account that has apparently since been deactivated with CommonSpace, the National, Bella Caledonia and Wings Over Scotland – Craig Davidson told CommonSpace on behalf of Scotland in Union: “The ‘leak’ has been reported to police and is still being investigated.”

The data leaked included a spreadsheet of potential donors, including names, phone numbers, email addresses and notes detailing why SIU considered them likely candidates for contributing money to an anti-independence campaign.

Last week, the National newspaper reported that the Electoral Commission has launched an investigation into SIU over a possible failure to declare donations.

Below, CommonSpace runs down the most pressing questions still facing SIU in the wake of its recent disasters.

Why were donations made in excess of the legal threshold?

According to information released as part of the data dump, 14 financial donations were made to SIU in recent years which passed the Electoral Commission threshold of £7500.

Of these, 12 were made in the regulated period preceding the last two UK General Elections and the last Scottish parliamentary election, when such donations should legally have been declared to the election watchdog.

Nevertheless, on 5 January, Scotland in Union Press Officer Craig Davidson told CommonSpace: “All donations are in accord with Electoral Commission guidelines.”

Responding to the revelations, an SNP spokesperson told the National: “Scotland in Union must be held accountable. As a registered third party during elections they must uphold the proper standards and ensure transparency when it comes to their big donations.”

Commenting further, an Electoral Commission spokesperson said: “We consider and assess possible breaches of the rules consistent with our published Enforcement Policy and we are reviewing the matter.”

How can SIU claim to protect its donor data in future?

While laws regarding the sharing of personal information constrain CommonSpace from revealing specific details of those listed in the SIU data dump, the fact that it was shared outside the organisation raises questions about SIU’s internal security, and what assurances it can offer potential donors that their personal information will be protected in future.

It remains to be seen whether Scotland in Union will be found to be criminally negligent, or face fines for failing to protect the personal investigation of those named in the data dump by the Information Commissioner’s Office (ICO), which has the power to issue fines up to £50,000.

Scottish Labour, the Scottish Conservatives and the Scottish Liberal Democrats – Scotland’s key pro-Union parties – have failed to respond to inquiries from CommonSpace regarding whether they would advise unionists to disassociate from SIU in the aftermath of the organisation’s possible negligence in protecting data.

This is despite Scottish Liberal Democrat leader Willie Rennie, former Better Together campaign chief and Labour peer Alistair Darling and Conservative under-secretary of state for Scotland Andrew Dunlop having reportedly attended SIU-linked events detailed in the files released as part of the data dump, though their attendance was known prior to the leak.

Craig Davidson told CommonSpace that it was SIU who reported the leak to the police, saying: “We have a clear idea what happened but it would be inappropriate to discuss it while the investigation is ongoing.

“Our data is secure and protected according to best practice and we have taken all reasonable steps to inform the relatively small number of people impacted by the theft of this document.”

Why has SIU targeted the wealthiest Scots as potential donors?

The data dump appears to show that SIU was targeting the wealthiest Scots as donors to the organisation, with the potential donors list featuring the names and personal information of many aristocrats, significant landowners and owners of historic homes.

Regarding what focus it places on such donor groups, Scotland in Union’s Craig Davidson told CommonSpace: “We are open to anyone who agrees with us that Scotland is better off as part of the UK. We rely on the generosity of our supporters and we are grateful for all of our donations, large and small. All donations are in accord with Electoral Commission guidelines.”

Willie Sullivan of the Electoral Reform Society Scotland told CommonSpace in response to SIU’s apparent targeting of the ultra-rich: “In some ways it’s a wonder anyone is surprised. This is normal, this is how political parties, election and referendum campaigns are paid for in this country. Rich people and organisations give money to their favoured causes.

“Yes, it stinks. Yes, there are real concerns that policy can be bought. But if people are shocked now they should have been shocked a long time ago.”

What is SIU’s interest in Leave Campaign donors?

A further sub-section of the spreadsheet detailing potential funders lists donors to the Leave campaign in the 2016 EU referendum. This raises questions about why such figures should be of interest to SIU, which is ostensibly not a pro-Brexit organisation.

This was emphasised in December of 2017, when a political schism saw the group UK Unity break away from SIU, reportedly because of UK Unity’s strongly pro-Brexit orientation.

Speaking at the time, SIU founder and Executive Director Alastair Cameron said: “Scotland in Union has no link to [UK Unity] at all. I would not call them a breakaway group. I’d call them individuals who were with Scotland in Union who have decided they want to do something else.”