The White Paper Project: Version 1.0 is part of a iterative process to renew the case for Scottish independence

COMMON WEAL has published the first major attempt since the 2014 referendum to build a new White Paper for Scottish independence.

The White Paper Project: Version 1.0 can be read in full here.

Version 1.0, based on a series of reports over a six-month period, is a draft – it is an attempt to explore the methodology, content and structure of a future White Paper that can replace Scotland’s Future, the Scottish Government’s 2014 White Paper for the first independence referendum. It is seen as a stepping stone in an iterative process with future drafts that will move closer to a final position, adding more expertise from wider circles of people along the way. 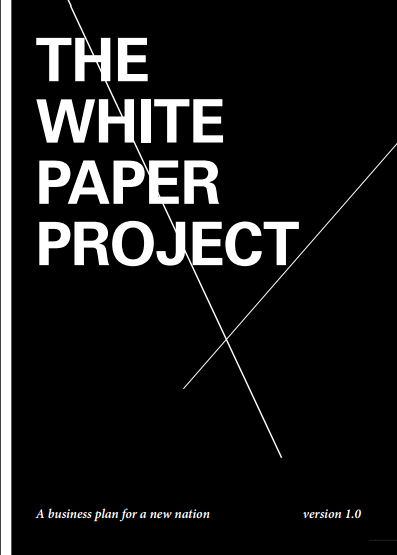 The aim of this project is much tighter and more specifically focussed in its aim than Scotland’s Future. It is not an attempt to discuss or propose a list of things that Scotland can do once it is an independent country. Rather this project is limited only to exploring how to develop and build the institutions, functions and infrastructure which Scotland would require to be a successful independent nation but does not currently have in place. So entire subject areas such as health, education, transport and so on are not considered here.

The aim is to produce a ‘consolidated business plan for the establishment of a new nation state’ which would get Scotland to ‘day one’ of independence with the ability to collect taxes, defend its borders, negotiate with international partners, secure its energy supply and so on. How those functions would then be used are decisions for a democratically elected government once Scotland is independent.

Version 1.0 has therefore been written with the aim of doing away with the anachronisms of a nation-state structure like the UK’s which was established hundreds of years ago, and establishing a modern 21st century state. It aims to do this whilst, as far as possible, being ‘policy neutral’.

Given this, The White Paper Version 1.0 contains four sections:

– Process and Structures: This section looks at the means by which, after a vote for independence, an interim governance period would work to establish the structures of a new Scottish state and the processes by which this would be done.

– Key Institutions of an Independent Scotland: The establishing of government institutions each require their own specific strategy and approach. 21 separate governmental institutions are looked at in this section, everything from a Scottish Central Bank to an international consular network to a media regulator.

– Negotiations: In establishing an independent Scottish state, negotiations with international governance institutions, including the rest of UK (rUK), will be necessary. This section therefore covers negotiating an allocation of debts and assets with rUK, EU membership negotiations, what international institutions to be part of and what Treaties to sign-up to.

– Budget, finance and borrowing: This section looks at how an independent Scotland will finance itself, examining the issue of borrowing and liquidity, the National Debt and a one year annual budget. Estimates are given for the national debt and a default one year budget.

The White Paper Version 1.0 is very much the start of this project, rather than the end. The establishing of a framework for developing this work will, we hope, encourage people with individual experience to get in touch and contribute. As the year progresses we will look to fill in the gaps and strengthen the weak areas in the White Paper, and publish another draft. E-mail whitepaper@common.scot if you would like to get involved.