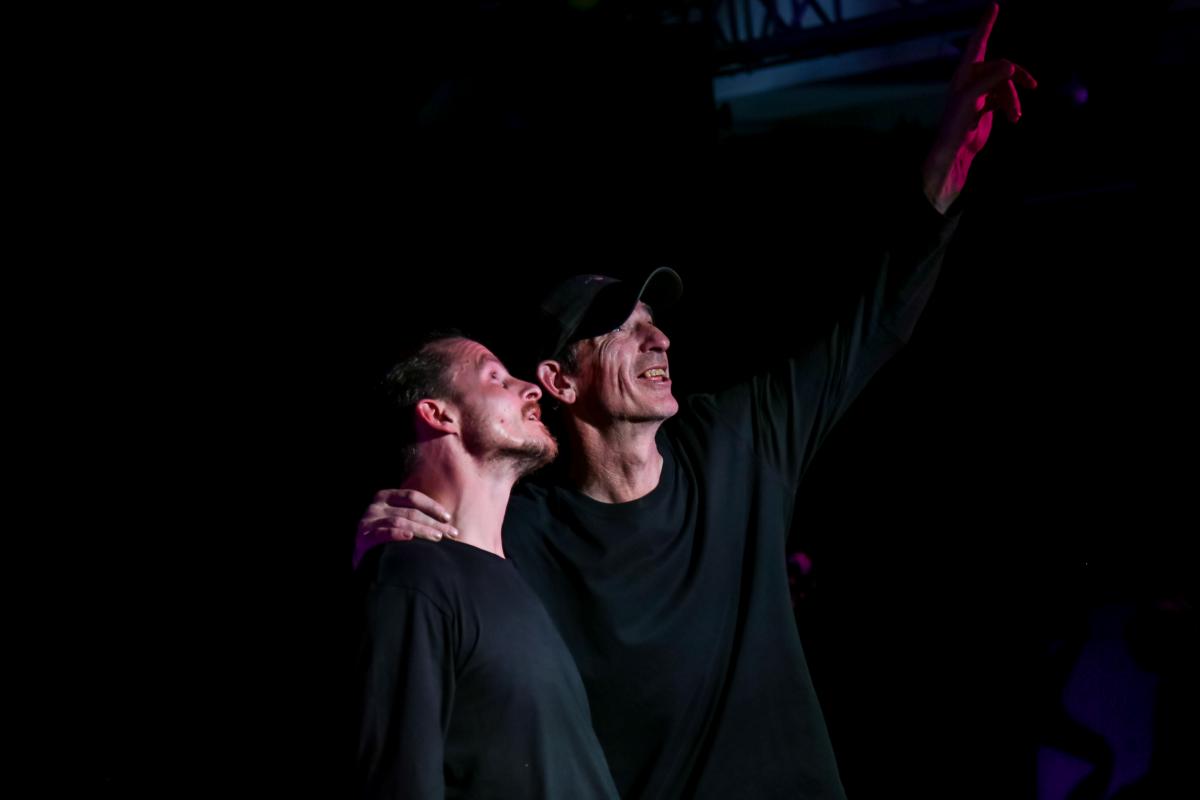 Raised Voices, a creative writing and drama group for people with experience of homelessness, speak to CommonSpace about their uphill climb

“Finding myself without a home was like arriving in a deep, dark hole,” says Raised Voices member Colin Brown.

Finding a group of people with similar experiences and an outlet through which to express those experiences has been a lifeline for Brown (pictured) and other members of drama group Raised Voices. After co-writing and performing a play on homelessness at the Fringe this year, the group has now secured £3,000 of Creative Scotland funding to build on its success.

Raised Voices was set up as a charity in 2013 by Blair Christie, who had been working in finance in London until he decided a radical change in his life was needed. Christie was inspired to make the change by a homeless couple he met in London, whose positive outlook lifted his own spirits during a difficult time.

“I think providing a platform for people who have been affected by homelessness to tell their stories can have many benefits.” Blair Christie, Raised Voices founder

“I wanted to help people in their situation and I have always had a passion for being creative, especially in writing and performance,” says Christie. “I think providing a platform for people who have been affected by homelessness to tell their stories can have many benefits.

“Obviously, it is always nice to be heard but I try and harbour a friendly and safe environment that our members want to spend their time in,” Christie explains. Having written and performed comedy himself in the past, Christie decided to combine this with his desire to help others, and after forming links with other homelessness organisations in Edinburgh, the idea took off.

Colin Brown, who performed in the group’s first Fringe show this month, entitled Home, explains how he got involved: “I first learned of Raised Voices through Streetfit Scotland, another charity organisation which I started around the same time. The first visit was pretty scary but the group were so welcoming, non-judgemental and it felt safe.”

There was a time when performing in front of an audience and raising awareness about homelessness would have been unthinkable for Brown. When he first became homeless, Brown recalls that the “the feeling of shame and embarrassment was so great, I shut myself off from everyone I had previously known”.

“It’s as if I became invisible, the loneliness was profound,” Brown says. “I was aware of a light above, indicating the way out, but there was a long ladder to climb. Raised Voices and being part of it not only helped me find the ladder, but helped me start my way up it.”

“I am definitely on the way up the ladder, still a bit to go, but Raised Voices undoubtedly helped me find it and helped my initial climb.” Colin Brown, Raised Voices member

Brown performed in the group’s last two productions, and says the boost to his self worth has been great. “We are looking forward to our next show around Christmas and obviously the next festival 2018 show. So I am definitely on the way up the ladder, still a bit to go, but Raised Voices undoubtedly helped me find it and helped my initial climb.”

Another of the performers in this year’s Fringe show, Scott J Elder (pictured), echoes Brown’s comments. “In the short time I’ve been involved with raised voices I’ve felt part of something special. I have been made to feel extremely welcome, and have experienced real personal growth. I feel inspired by this group.”

Speaking of his hopes for the coming year, Elder says he aims to remain involved with the group. “It’s an exciting time for everyone involved. I have loved every minute of my time with Raised Voices.”

The group’s successful funding bid means it will be able to create another show together for next year’s Fringe, with the costs of rehearsal space, tech and venue hire covered. The grant was awarded this month by Creative Scotland through National Lottery Awards for All.

Founder Blair Christie says the response to this year’s show has been overwhelmingly positive: “It seems like our message came across and made people think. It was an eye opener for many and hopefully people will take away some empathy for the plight of some people who are in difficult situations.

“People seemed to enjoy the show as, although we try and put across a strong message, we also inject a lot of humour and lightness which is a reflection on the personalities of our fantastic members.”