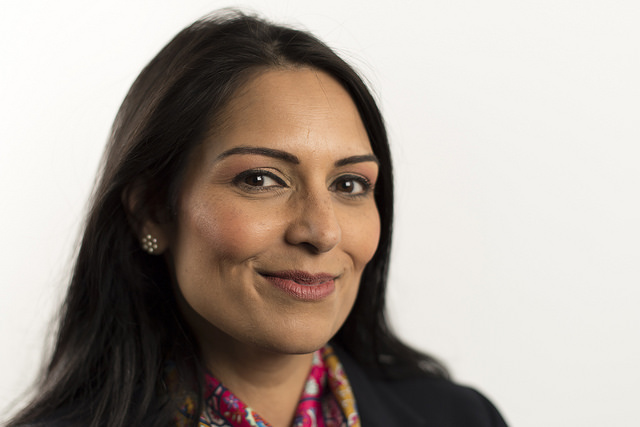 Further cabinet reshuffle on the cards as Priti Patel resigns

Having confirmed just two days earlier that Patel’s actions were not a “resigning matter”, No 10 was forced to u-turn amid new reports of yet more meetings and Patel’s suggestion of funnelling UK aid funds to the Israel Defence Forces (IDF) to support Syrian refugees in the occupied Golan Heights.

In a meeting which reportedly lasted only six minutes, Patel handed in her resignation, acknowledging that her actions “fell below the high standards that are expected of a Secretary of State”.

READ MORE: Priti Patel’s journey from minister to meme: How it all happened

The letter stated: “While my actions were meant with the best of intentions, my actions also fell below the standards of transparency and openness that I have promoted and advocated.

“I offer a fulsome apology to you and to the government for what has happened and offer my resignation.”

Patel had been called back to Downing Street from official business in Kenya, after meeting with the prime minister on Monday when she was initially admonished. The minister’s return was widely anticipated, with journalists and social media users tracking her flight back to the UK.

In Theresa May’s acceptance letter, she made clear that the lack of transparency was the reason for the resignation: ”As you know the UK and Israel are close allies, and it is right that we should work closely together. But that must be done formally, and through official channels.

”That is why, when we met on Monday I was glad to accept your apology and welcomed your clarification about your trip to Israel over the summer.

“Now that further details have come to light it is right you have decided to resign.”

READ MORE: Jade Saab: We need to talk about Britain’s relationship with Israel

The letter also praised Patel for her work in the government, telling her that she should “take pride in what you have achieved”, citing her work on the UK aid budget, humanitarian responses, and economic development.

“Through this work and more, you have helped to ensure that, as the UK leaves the EU, we build a truly Global Britain.”

Patel has been a strong advocate for Brexit, and as such it has been suggested by some – including Tory MP Jacob Rees-Mogg – that her demise was orchestrated by “bitter” supporters of remaining in the EU.

Theresa May also acknowledged that Patel – the only minority ethnic woman in the cabinet – was the first British Indian cabinet minister, describing this as “a significant achievement”.

Patel’s replacement is expected to be announced on Thursday, marking May’s second cabinet reshuffle in one week. Defence Secretary Michael Fallon resigned on the Wednesday prior due to allegations of sexual harassment, while First Secretary of State Damien Green remains under investigation.