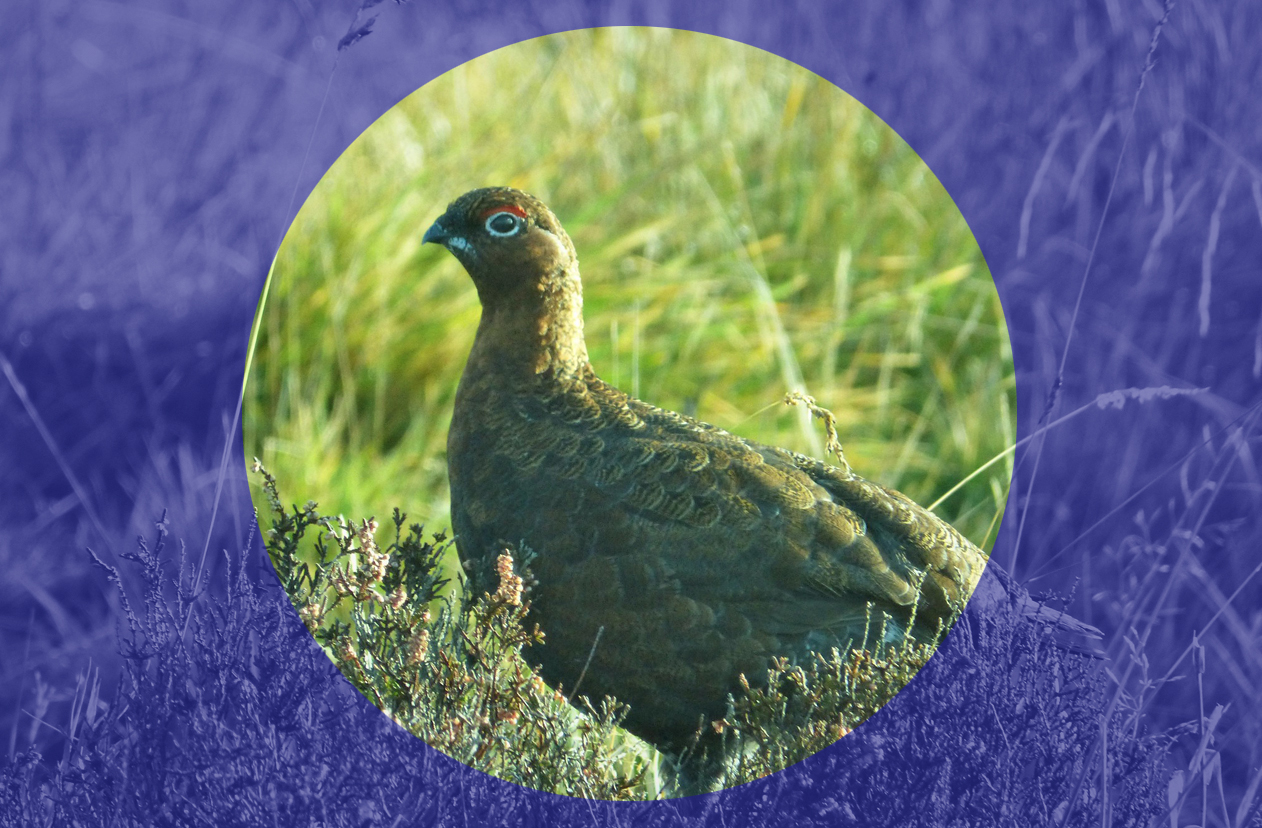 Transformational land reform is an opportunity for us all. However, “Scotland’s powerful landowning lobby have a strong vested interest in maintaining the status-quo. Grouse shooting is part of that status-quo.”

REVIVE, the coalition for Scottish grouse moor reform, this week published its manifesto a year ahead of the next Scottish parliamentary elections, advocating a number of wide-ranging proposals on land reform, environmental protection, wildlife conservation, social justice and climate change.

Revive – which is composed of Friends of the Earth Scotland, the League Against Cruel Sports Scotland, OneKind, Raptor Persecution UK and Common Weal – hopes to secure binding commitments from Scotland’s political parties to its proposals, which include “transformational” land reform to be enacted on a national scale, an end to the snaring, trapping and killing of Scotland’s wildlife for the purpose of increasing grouse numbers, the licensing of all grouse moor estates, and the eventual end of driven grouse shooting across the country.

Commenting, Friends of the Earth Scotland director Richard Dixon said: “From their terrible toll on wildlife to their impact on climate change, grouse moors are a 19th century idea that should have no place in the 21st century. Scotland can do much better for local communities and nature.”

The manifesto has already elicited controversy from the Scottish Gamekeepers Association, whose spokesperson warned in the Press & Journal: “Revive’s repeated wish-lists will irresponsibly wreck the rural economy and tear up a significant part of our cultural heritage.”

Source: The Revive manifesto advocates “transformational land reform on a national scale”. How would such reform transform Scotland?

Max Wiszniewski: With an estimated 432 people owning over half of Scotland’s private land, we have the most inequitable land ownership in Europe. Over half of Scotland (4.4 million hectares out of Scotland’s total landmass, 7.8 million hectares) is estimated be run by shooting interests and a significant proportion of that is managed for grouse shooting. Land is often used very badly by very few people and not in the interests of the many who live in these areas. Many areas are in fact underpopulated and have experienced decline since the highland clearances.

Transformational land reform can lead to a far more equitable system which would benefit Scotland’s people, its wildlife and the environment compared to the damage done by those with vested interests and land uses like driven grouse moors.

Efforts towards both grouse moor reform and land reform in Scotland have been partially frustrated in the past. What are the main obstacles to these goals in present-day Scotland?

Transformational land reform is an opportunity for us all. However, Scotland’s powerful landowning lobby have a strong vested interest in maintaining the status-quo. Grouse shooting is part of that status-quo.

These interests often maintain their power by telling us that there are no alternatives to their way of doing things, that what we have now is as good as it gets, then use their lobbying power to make brave initiatives mediocre. The next parliament will require the vision and bravery to stand up against those (currently) powerful vested interests.

As the manifesto points out, grouse moors in Scotland contribute less than 0.04 per cent of the Scottish economy, but take up somewhere around 12-18 per cent of Scottish land. If land reform, regulation and an end to driven grouse shooting were achieved, what kind of economic impact do you predict?

Compared to alternative land uses grouse moors are incredibly unproductive. Forestry alone provides about 30 times the economic impact and several times more jobs for a similar land size. Protecting our wildlife instead of destroying it could also increase our wildlife tourism sector which already contributes over 5 times more than grouse shooting to the economy (£ 127 million a year according to Scottish National Heritage). Revive coalition member Common Weal produced a paper called Back to Life which looks at a number of alternative visions for our moors and the campaign has always been clear there is no one silver bullet.

However, it’s clear that a transition away from driven grouse shooting towards more diverse and sustainable land uses can unlock our land’s potential, provide more jobs and crucially, in this time of climate crisis protect our wildlife and the environment.

Revive is seeking the endorsement of Scotland’s political parties for their manifesto. Do you think there’s been a gap between rhetoric and actual commitment on these issues in Scottish politics?

Revive is a new campaign, so much of this is yet to be seen and the commitments are yet to be openly made by most although we have received support from across the political spectrum. We have published our manifesto a year in advance so we can work to build the consensus for reform as early as possible. It is true however, that progress over the years, decades in fact, has been painfully slow.

Groups like the RSPB Scotland, Raptor Study Group Scotland and our coalition partners Raptor Persecution UK have held the torch for much of that time, exposing the link between areas dominated by grouse moors and the persecution of birds of prey. Since Donald Dewar called it a ‘national disgrace’, successive governments have made some improvements here and there, but baby steps are not enough. Voluntary restraint is certainly not enough. Grouse shooting has escalated to such an extent that it’s become a national issue and is seen by many as a metaphor for land reform issues in Scotland.

Tens of thousands of animals are snared, trapped and killed, the land is burnt, mass outdoor medication is left out in the open, lead shot is sprayed in its tons, and unregulated hill tracks scar the landscape – all so more grouse can be shot by a few people for sport. It is very easy to sympathise with these issues but going into next year’s election, parties have to do more than show concern. They will have to commit and they will have to act.

Revive is a coalition of different groups with distinct but overlapping agendas. In your view, how are coalitions effectively built and organised, and could Revive be seen as a model for other campaign organisations in Scotland?

Revive works very effectively as a small but flexible group of organisations that each have skin in the game, so to speak. It works effectively because of mutual respect and trust and each brings practical expertise to the table – there are no silent partners. When there is a clear and shared common goal that brings not just organisations but thousands of people together, coalitions can be very effective.

Moreover, we are not restricted to working only within the coalition as we have had worked produced by experts outwith it and we maintain friendly working relations with many other organisations Every campaign coalition will have their own approach that works for them but it helps to be concerned with an issue of huge significance, where alternative visions can be extremely powerful for those you bring together.