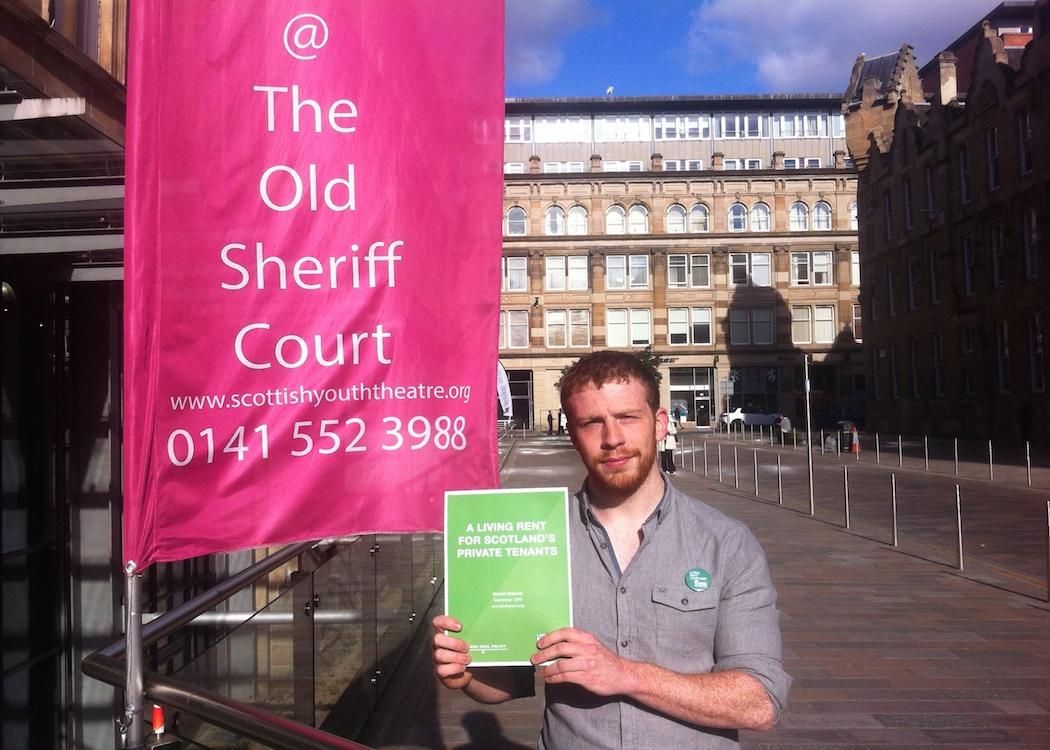 SOARING rents, poor housing and a lack of rights for tenants can be tackled through stronger government regulation of the private tenancies sector, according to a new report published by reform campaigners and the Common Weal campaign group.

Following on from the draft publication of the Private Housing (Tenancies) Bill , Maloney has proposed that Scotland follow the Dutch system of rent controls – where rents are calculated via a points system based on the value and condition of the property.

Under this system rent increases would be capped, tenants would move towards indefinite rather than temporary contracts, residents would be protected from eviction, and a Scottish Living Rent Commission would be established to oversee the transition.

Maloney, a former NUS Scotland president, said: “Scotland’s housing crisis is at a tipping-point and we urgently need solutions. The private rented sector is growing faster than any other form of housing, and more and more people are becoming trapped in a sector that isn’t appropriate or affordable for them.

“This paper outlines what the answers are. It is time for Scotland to join the majority of European countries in guaranteeing private tenants affordable rents and security of tenure.”

The proposal follows the more tentative policy announcement by the Scottish Government last week, which included the possibility of rent caps in specific circumstances.

The number of private tenants in Scotland has increased dramatically in recent years, with costs in the sector leading to higher rates of poverty.

Over 100,000 private renters in Scotland also have their housing costs subsidised by the social security system, which passes a subsidy onto landlords of approximately PS2bn a year through ‘Housing Benefit’.

The Living Rent campaign – which has won the backing of senior figures with the SNP, Labour and the Scottish Green Party – argues that nationwide rent controls would reduce housing costs for tenants and the government.

Maloney, speaking to CommonSpace, explained that poor housing was a major cause of poor health and homelessness. Rent controls linked to home quality, he added, would provide an incentive for landlords to invest in home repairs.

Robin McAlpine, director of the Common Weal think tank which helped to publish the report , said: “Housing in Britain has got out of control and the housing market now seems designed to do anything but help people find decent housing. There are few tasks that would make for a better priority in Scotland than addressing housing and a crucial first step would be to get a grip on the cost and terms of private sector rental.

“So long as this sector is based solely on speculative gain with little or no thought about social need, it will continue to undermine the quality of life of people who want to or need to rent.”

Rent controls are currently in place across Europe, including in the Netherlands, France, Germany, Spain, Denmark, Norway and Sweden.