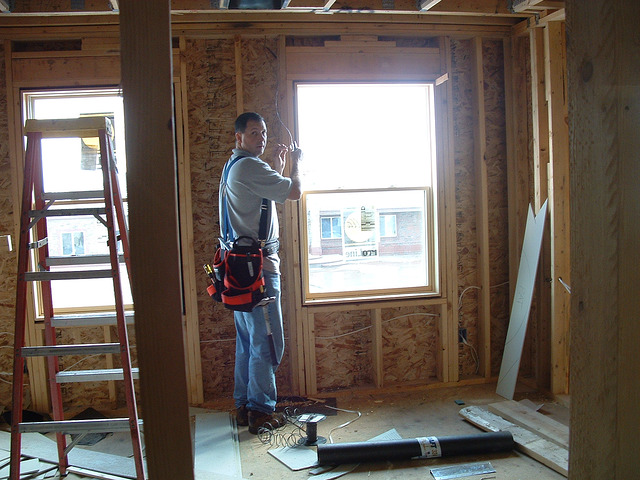 THE COMMON WEAL head of policy and research has responded to Scottish Labour’s proposal to build 12,000 social houses per year by pleading for parties to stop “trading numbers at each other”, and instead embraced a housebuilding policy which is “demand-led”.

He said: “Our society is deeply divided, with the richest one per cent in Scotland owning more personal wealth than the whole of the poorest fifty per cent. This is no time to tinker around the edges, not when so many people in Scotland are currently waiting for public housing.

READ MORE: New research reveals 1 in 3 Scots’ believe their homes are not up to standard

“Scotland’s housing crisis is a key reason for deepening poverty in Scotland. People can’t access social homes so find themselves in the under regulated private rented sector. We have to address it urgently.”

However neither of these figures address Scotland’s deficit in housing supply.

According to a 2013 Audit Scotland report, Scotland would need to have constructed over 21,000 houses per year between 2011 and 2035 – over 500,000 homes across 25 years – just for Scotland to maintain its current level of housing supply due to demographic changes, including the increasing trend towards people living on their own.

CommonSpace analysis of the build and demolition rate between 2011-2016 suggests Scotland was already 51,000 behind the Audit Scotland target figure just to keep up with present trends by the start of this parliamentary term.

A report by Shelter Scotland the Scottish Federation of Housing Associations analysing the delivery of the social housebuilding target found that the Scottish Government was set to meet its target, but that the net rise in social housing from 2016-21 after demolitions will be 25,000 – just 5,000 per year.

With a private sector build rate of 12,576 per year – many of which are at the top end of the housing market – current housebuilding remains well behind demand, with a Scotland-wide council house waiting list estimated to be at 188,000, equivalent to about 5 per cent of the population.

Dr Craig Dalzell of the Common Weal think tank warned that the policy debate in Scotland, focused as it is on arbitrary target numbers, does not comprehend the scale of the challenge.

Speaking to CommonSpace, he said: “Scotland clearly has a long way to go towards its goal of ensuring adequate housing for everyone. We also have a long way to go on the policies of how we get there. Too often, political parties will trade numbers at each other – each claiming to promise a few more houses built per year than the other.

“Common Weal takes a more productive approach. We wish to ensure that the upcoming Scottish National Investment Bank will set as one of its missions the goal of a demand-led approach to housing. We shall soon be publishing work which shall show how SNIB-backed loans can finance social housing that far exceeds anything that can be offered by the private sector in terms of quality at a price significantly below that which is currently offered even by so-called “affordable” housing.

“Of course, this debate cannot simply be about housing alone but must remember the infrastructure which goes into making a house into a home and a housing estate into a community. Forgetting this risks stressing existing services like schools and healthcare by imposing additional demand on them without providing additional capacity. We have to drop arbitrary house building target numbers and start addressing the actual, real needs of those who suffer from inadequate housing in Scotland.”

CommonSpace reported earlier today on new research by Shelter Scotland which showed one in three Scots believe their housing is inadequate.