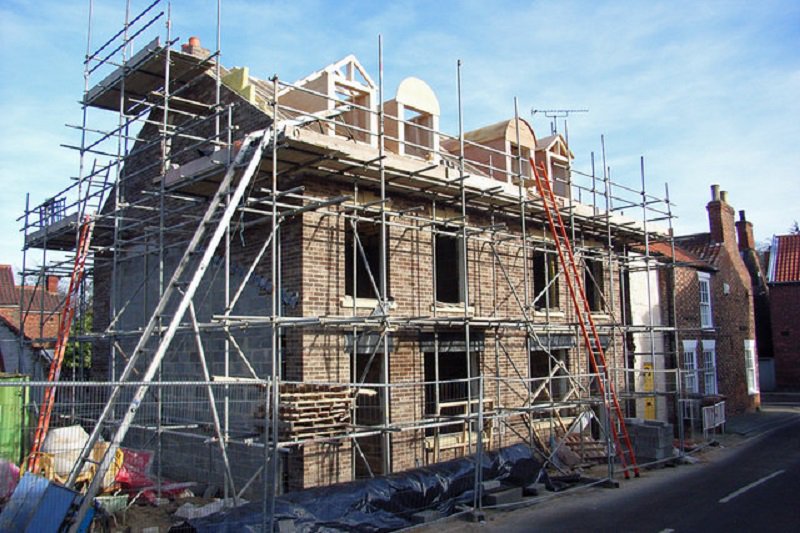 Planning Permission for public housing should make the people of Scotland wealthier, not a few big landowners, think-tank says

Common Weal has published proposals to give local authorities the powers to buy land at its current value, rather than the current system which forces cash-strapped council’s to pay the estimated future price of the land after planning permission and development.

Research by the think-tank has shown planning permission can increase the price tag of land by up to 100 fold or more.

The proposals come in a response to a Scottish Government consultation on a new planning bill which could change the rules on how planning is governed, the proposals can be seen in full here.

Common Weal say the change in the rules would allow local authorities to increase their investment in public rental housing, as they could borrow against the future worth of the developed land with planning permission, rather than that money going to landowners as it currently does.

Commenting at the time of the submission, Common Weal director Robin McAlpine said: “The benefit that would come to Scotland from being able to build high-quality, affordable public rental housing by letting the public sector buy land at a fair price and not the crazily inflated prices of the out-of-control housing market would be enormous.

“Developers making huge profits from doing nothing more than buying land and then pocketing the value that public planning permission adds to that land has loaded extra cost on the mortgage of every homeowner in Scotland. It is time for the public to take back control.”

“Unlocking land to make it work for the public good rather than to be speculated upon is the key to transforming the housing system in Scotland.” Ben Wray

Similar proposals were cited in the Guardian this week, with the UK Labour party proposing to change the UK planning legislation on similar terms, but Common Weal said on Friday that this is something that could be done in Scotland right now.

Common Weal also said a comparable system of proposals existed in the UK until 1959 when it was repealed, and it is similar to the system in Germany and the Netherlands, where housing is considerably cheaper.

Speaking to Commonspace, head of policy at Common Weal, Ben Wray, said: “Unlocking land to make it work for the public good rather than to be speculated upon is the key to transforming the housing system in Scotland. To do this we only need to re-learn the lessons of the past, lessons that countries like Germany and the Netherlands have never forgotten – that the financial value contained in the granting of planning permission is a public good, one that the public should benefit from when it invests in the land.

“This simple idea was written into UK Government legislation after the second world war and made a major contribution to building a new generation of public housing in that era. Now, with land values more than tripling over the past 20 years, it is essential to introduce this public land value capture policy again, and it is within the Scottish Parliament’s power to amend the Planning Bill to make this happen.”

Scottish Labour MSP Monica Lennon, who was a chartered town planner, said: “There’s an urgent need for sustainable development that meets the housing and infrastructure needs of communities across Scotland. It will take vision, radical legislative reform and resources to deliver it.

“The Scottish Government’s Planning Bill could be that vehicle but it’s currently a damp squib. I welcome the emerging debate around how we unlock land to make it work for the public good.” Monica Lennon

The Scottish Government’s Planning Bill could be that vehicle but it’s currently a damp squib. I welcome the emerging debate around how we unlock land to make it work for the public good as well as calls to level the playing field between communities and developers.”