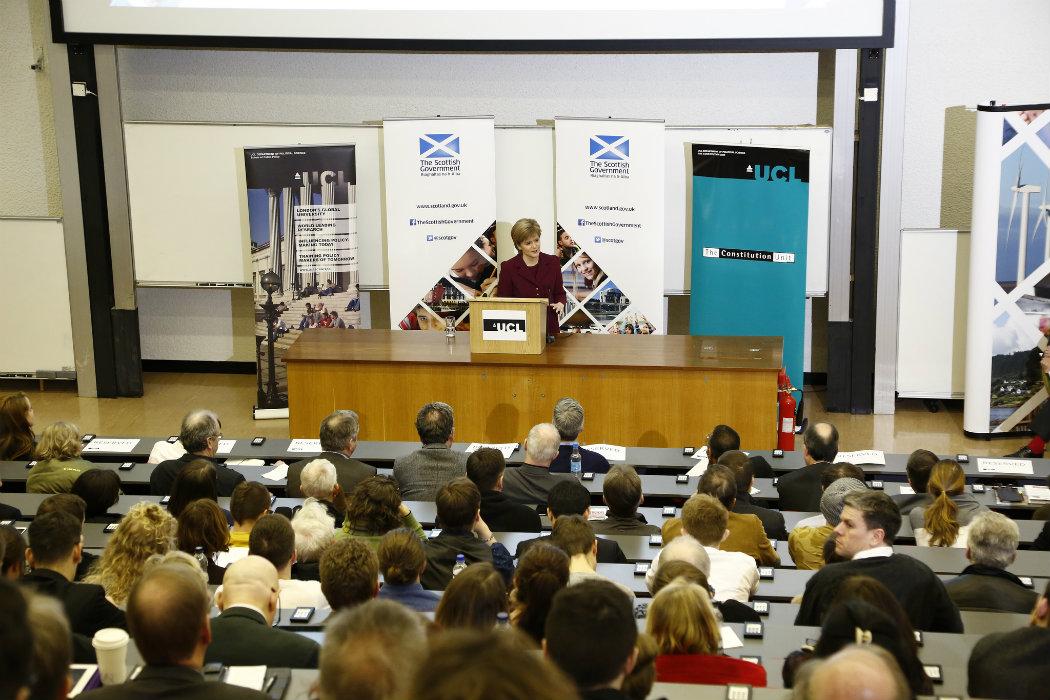 THE Scottish National Party’s economic plans would end austerity cuts at Westminster, but represent a “relatively modest” difference from Labour’s plans to cut the deficit.

Researchers at the Resolution Foundation analysed First Minister Nicola Sturgeon’s economic speech in London last week and compared it to the Labour and Conservative proposals.

“By 2019-20 this difference adds up to roughly a PS14bn gap between the two parties. Now, that’s a real difference but given the scale of the numbers involved, (and the fact that some of Labour’s consolidation may come from tax increases rather than spending cuts), it’s also a relatively modest one.”

Sturgeon, in a speech at University College London last week, highlighted a PS180bn difference between the SNP and the Conservative-Liberal coalition.

The SNP supports increasing departmental spending by 0.5 per cent over four years compared to the substantial cuts planned by the chancellor George Osborne.

Labour have promised to balance the ‘current budget’ three years into the parliament, but it remains unclear how strictly this aim would be enforced.

“The difference between the SNP and Labour could therefore be relatively large, or fairly modest, depending on the date at which Labour targets current balance which still remains unclear. And, crucially, all these figures are subject to huge uncertainty…we should always bear in mind how easy it would be for all these plans to be blown far off course.”

In response to the speech, Labour shadow chancellor Ed Balls accused Sturgeon of failing to deal with the deficit.

Balls said: “I don’t think Nicola Sturgeon is going to sign up to anybody’s plan, because I think probably she just sort of thinks we shouldn’t deal with the deficit at all.”

SNP MSP Kenneth Gibson hit back, stating that economic policy must “be done humanely and with a focus on economic growth rather than through the failed politics of austerity which are causing so much misery, and which Ed Balls and Labour are signed up to every bit as much as the Tories.”

The balance between tax rises, borrowing and spending cuts have become a key debating issue for this May’s General Election.