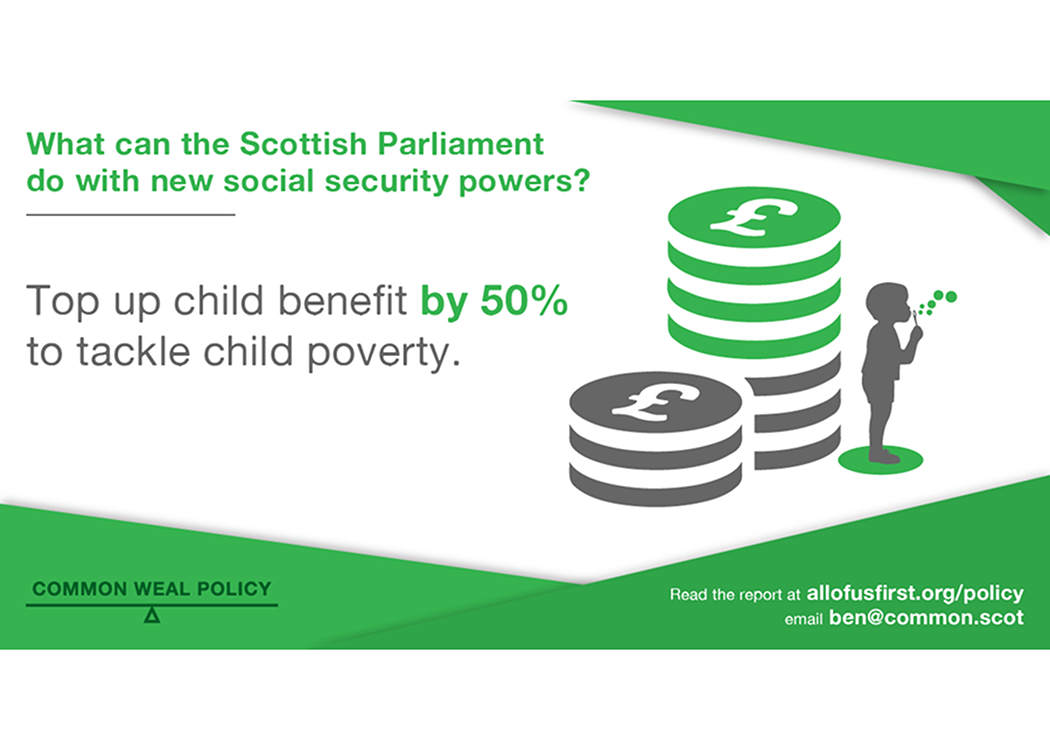 A NEW report by the Common Weal thinktank has found that powers contained in the Scotland Bill would allow the Scottish Government to provide improved child benefits and pensions.

The report, authored by Professor Paul Spicker, chair of Public Policy at Robert Gordon University from 2001-2015, also found that the new powers would not provide the Scottish Government with the necessary scope to bring transformational change to the Scottish welfare system.

Spicker said:”The Bill only makes it possible for the Scottish Parliament to do something. It does not create any new benefits. It does not offer money to anyone, or take money away from them. It does not cancel any of the powers of the DWP or the Treasury.”

One the changes that could be made is child benefit, Spicker said: “In the case of Child Benefit, it would be open to the Scottish Government substantially to increase its value. Child Benefit does not affect other benefits and has no disincentive effect related to transitions to work.”

“The Scotland Bill does not create any new benefits. It does not offer money to anyone, or take money away from them. It does not cancel any of the powers of the DWP or the Treasury.” Paul Spicker

The report advocates a top-up of 50 per cent of the current child benefit, delivered as a new benefit and integrated into the income tax system.

One in five Scottish children, or 221,000, live in poverty. The report claims that the new benefit could be extended to every impoverished household in Scotland.

The report also advocates a ‘Citizens Pension’, that would mean all Scots receive the equivalent of the state pension.

Spicker said: “This extra income would immediately mean that most people would not then be entitled to the means-tested pensions credit, and under the no-detriment principle, Scotland could then reclaim that money from the UK government. The cost of such a scheme would be the cost of the top-ups less the reduction in entitlement to Pension Credit.”

One in three Scottish pensioners who are entitled to pension credit, fully 100,000 Scots, do not recieve the means-tested benefit. The report claims the pensioners could recive benefits under a system than both guaranteed coverage and reduced intrusion through means testing.

The Scotland Bill, which has reached the committee stage in the House of Lords in the Westminster Parliament, will undergo its next reading on 22 February. The new powers will be underpinned by a new funding agreement, or fiscal framework, the negotiations for which are bogged down in disagreement .

“The limitations of the Scotland Bill doesn’t mean we should shy away from the progressive things that the Scottish Parliament can do with these powers.” Ben Wray, CommonWeal

Commenting on the report, Common Weal head of policy Ben Wray said: “We should not be under any misapprehension – the powers set to be devolved in the Scotland Bill on social security do not give the Scottish Government the power to create a new social security system.

“That doesn’t mean we should shy away from the progressive things that the Scottish Parliament can do with these powers.”

The full report can be read here .