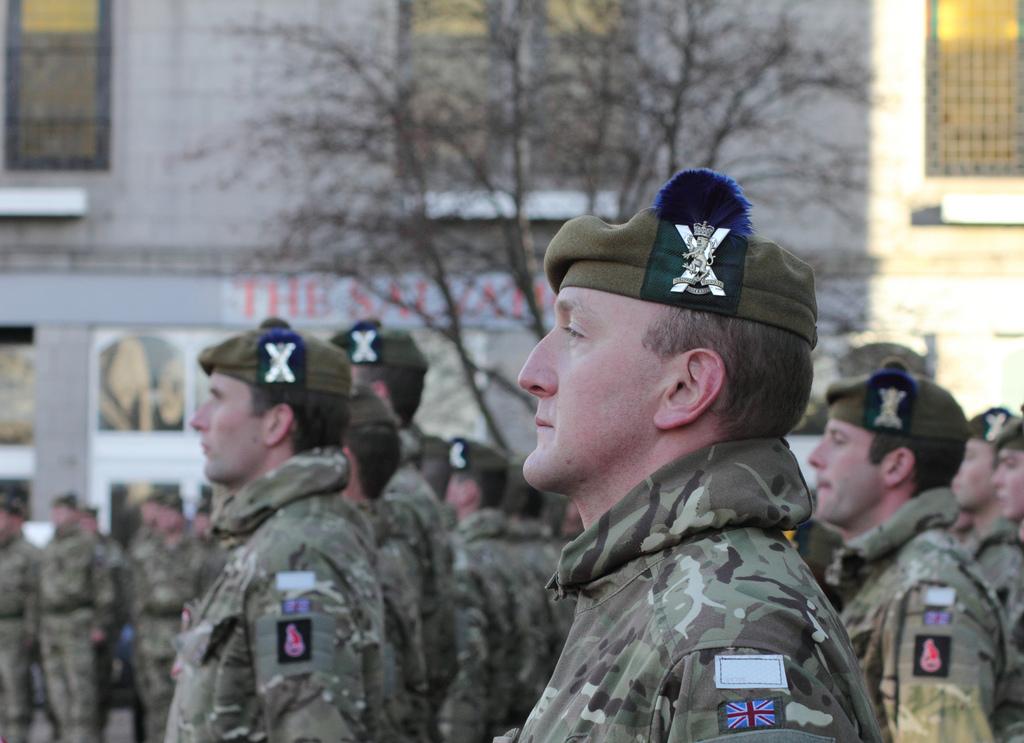 THE British military will face deeper cut backs after the election as the cost of trident nuclear weapons and a budget squeeze reduces available resources, according to the Royal United Services Institute (Rusi).

Professor Malcolm Chalmers, who compiled the report, concluded that a multi-billion black hole in Ministry of Defence plans would result in up to 30,000 military job loses – with up to 20,000 jobs lost from the army.

The calculations were based on available Conservative, Labour and Liberal Democrat spending plans, which are expected to result in a 10 per cent real terms spending cut over the next four years.

However, the report said that significant resources could be saved from the trident nuclear weapons programme – but only if it was scrapped altogether. Opponents of nuclear weapons say the planned 2016 renewal of the trident submarines system will have a lifetime cost of over PS100bn.

With a debate ongoing within the UK government on whether to maintain military spending above two per cent of the national economy, the Rusi report states that the PS6bn extra cost is not affordable or necessary: “In the context of wider austerity in public spending, such an increase is not plausible. The government is not yet convinced that strategic security risks are high enough to justify an exemption for defence from austerity.”

The Conservative party previously claimed that Scotland would be thrown out of the North Atlantic Treaty Organisation if the country fell short of a two per cent military spend. The UK is now on track to spend below two per cent. (Click here to read more)

A spokesperson for the Scottish National Party (SNP), was quoted in The Herald as saying: “The UK Government’s obsession with Trident nuclear weapons is already causing an unsustainable drain on armed services and halting the waste of PS100bn on Trident’s replacement is something a strong team SNP MPs will make an absolute priority.”

The UK armed forces is currently being cut from 102,000 troops down to 82,000. As health care, education and foreign aid budgets are likely to be ‘ring fenced’ in future Westminster spending decisions, this places extra pressure on pro-austerity politicians to cut funding from military sources.

Foreign Secretary Phillip Hammond refused to rule out the possibility of further Tory cuts after the General Election. Speaking on the Marr show, he said: “We will have a strategic defence and security review at the beginning of the next parliament and we will set out our plans then.”

Meanwhile the president of the European Commission, Jean-Claude Juncker, argued that the development of a European military force would reduce the burden of costs on nation states and strengthen the EU’s support for stability and peacekeeping.

Speaking on Sunday, Junker said “a common army among the Europeans would convey to Russia that we are serious about defending the values of the European Union.” (Click here to read more)

This proposal was rejected by the UK government.

A debate on military spending will take place in the House of Commons on Thursday 12 March.