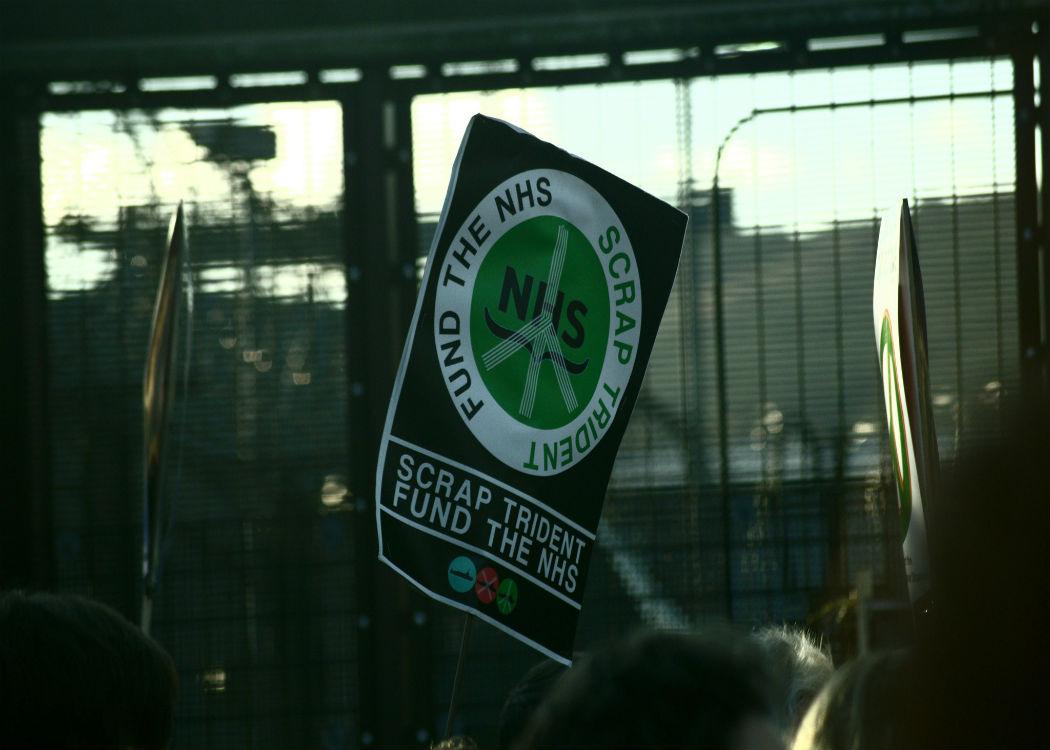 Nicola Sturgeon will address the demonstration

CAMPAIGNERS against the renewal of Trident nuclear missiles will descend in their thousands on George Square in Glasgow on Saturday 4 April, as the anti-nukes movement attempts to up the pressure on Westminster ahead of what could be a make or break vote on Trident renewal in 2016.

The nationwide demonstration was backed on Thursday by a motion in the Scottish Parliament signed by 28 MSPs, and was given a boost by the news First Minister Nicola Sturgeon will address the marchers.

Cat Boyd from the Radical Independence Campaign, Labour MP Katy Clark and Scottish Green co-convenor Patrick Harvie are among other speakers on 4 April.

The renewal of the Trident nuclear system will cost the UK taxpayer PS180bn over its lifetime, and hopes are high in the anti-nukes movement that political factors could lead to the plans being scrapped.

The SNP has stated it will never vote for Trident renewal, and the nationalists may have a critical say in the next government if the Labour party win the most seats in Westminster at the May General Election but not enough to govern on its own.

A Scrap Trident spokesperson said: “In the countdown to a general election that represents a unique opportunity to set the UK on the path to abolition of its nuclear arsenal, this endorsing motion and the presence of the first minister at our rally on Saturday are a huge encouragement to all those who long for the day when we will no longer threaten others with annihilation.

“We noted that Nicola Sturgeon this week made it crystal clear that the SNP will insist that a Labour government commit to not replacing Trident as a condition for its support for Labour forming the next government. We want to make sure voters are aware that by voting for a raft of anti-Trdient MPs in the general election Scotland has the opportunity to insure that nuclear weapons vanish not only from our shores but from the UK as a whole.”

A New Statesman poll of Labour candidates revealed that 75 per cent of them supported scrapping Trident, but Labour leader Ed Miliband said in a recent TV debate that he would not do any post-election deals that would see Trident scrapped. (Click here to read more).

The demonstration will be followed by a ‘Bairns Not Bombs Blockade’ of the Faslane naval base on 13 April and a Vote Trident Out publicity campaign before voters go to the ballot box on 7 May.