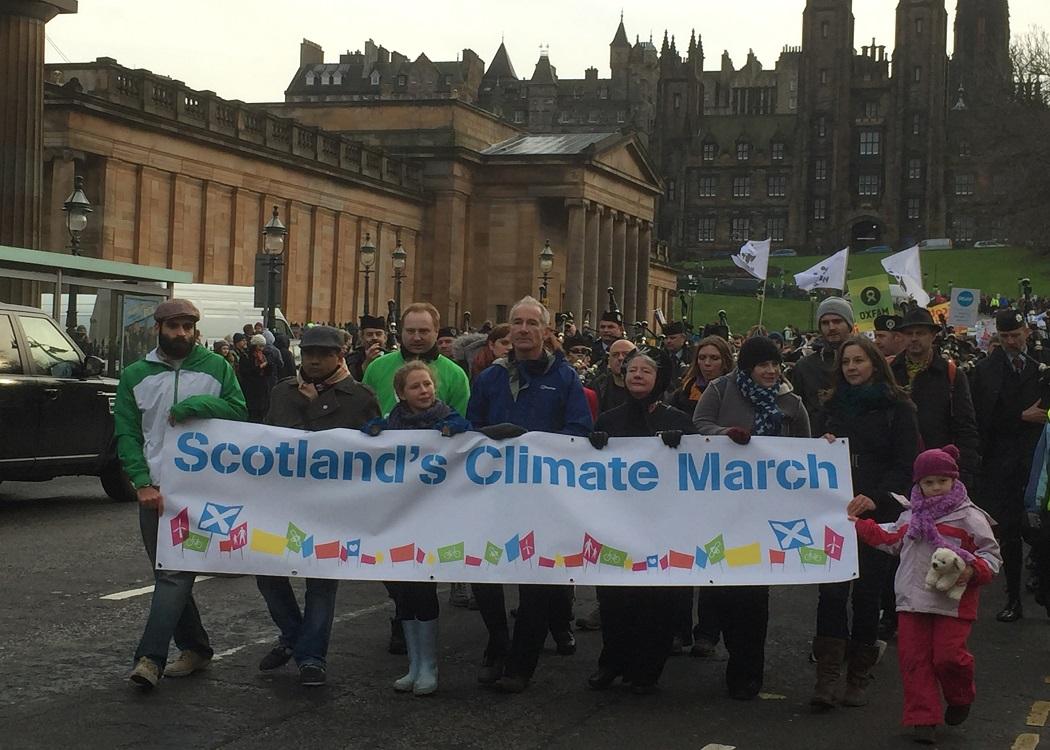 Demonstrators call for a commitment from nations to act ahead of UN climate change summit in Paris, reports David Thomson

THOUSANDS of people attended a march in Edinburgh on Saturday to put pressure on both UK and Scottish Governments to take action to combat climate change.

The march, organised by Stop Climate Chaos Scotland is part of a global campaign ahead of the UN climate change summit, which begins on Monday in Paris.

The group is urging politicians to agree on plans to cut carbon emissions.

Tom Ballantine, chair of Stop Climate Chaos Scotland, a coalition of 60 organisations, said: “We stand here today with people across the world. We demand the same thing from our leaders meeting in Paris – action on climate change.

“Scotland has provided an excellent example of ambitious emission reduction targets here. However, what we need is ambitious targets for the rest of the world.

“We need these targets to be set out in a binding agreement. We need mechanisms to ensure nations deliver to those targets. We understand that delivery without any agreement in Scotland or anywhere is no use to us.”

It is also asking for support for “those people who are affected by rising global temperatures”.

Marchers gathered at The Meadows before heading to Ross Bandstand in Princes Street gardens, via King George IV Bridge and The Mound, where a rally was hosted by comedian Hardeep Singh Kohli.

The organisers had asked the marchers to wear bright colours and unite around the slogan “climate, justice and jobs”.

She said: “We will need to ramp up in our reductions in carbon admissions and a big area that we need to tackle is our homes.

“Eighty per cent of the homes that will be built by 2050 have already been built, so we will be campaigning for a Warms Homes Act and making sure that we invest in our existing housing stock because, as part of climate justice, we need to move to a low carbon, energy and heating network and end fuel poverty.”