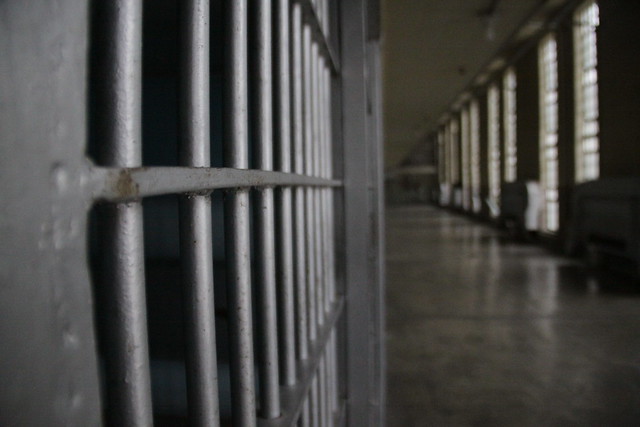 Prison population grew to over 8,190 in July, with only 7,564 places available in Scottish prison estate

THE Scottish Prison Service has shut down its Throughcare service, which supports people leaving prison, and re-deployed all the staff to their former roles, citing a growing prisoner population – meaning resources are “stretched”.

The SPS told BBC Scotland it would look to re-establish the service once it made “operational sense”, but that the suspension would take full effect from 13 September.

Throughcare, which was introduced at 11 Scottish prisons in 2015, allocates a support worker to each person leaving prison. A 2017 evaluation report by of Throughcare services found that it is proven to cut reoffending, with 78 per cent of prisoners who received Throughcare support not reoffending. Key findings of the report included that it led to “increased awareness and shared understanding” among former prisoners and prison officers, and “better engagement by service users with a range of support”.

Then-Justice Secretary Michael Matheson welcomed the findings of the report at the time and said that they expected reduced short-term sentences to “create more opportunity for prison staff to focus on interventions and support that will assist each individual to address their problems.”

Explaining the decision, an SPS spokesperson said: “The increasing prisoner population together with the increasingly complex needs of those in our care means that our capacity and capability is stretched.

“To respond to these current and emerging challenges, we have to ensure that our frontline staff are deployed where they are needed most; at this time, this is in our prisons and that is why the SPS has taken the difficult decision to temporarily suspend our Throughcare service and deploy all Throughcare staff to prison officer roles within establishments.

“The SPS’s priority is, and always will be, to ensure the safety and decency of those in our care and the health and wellbeing of our staff.”

Commenting on the decision to cut Throughcare, a Howard League Scotland spokesperson said: “The news that SPS is to reassign Throughcare Support Officers to Prison Officer roles highlights the severity of the situation. It paints a picture of a service that is being forced to concentrate on internal day to day operational issues at the expense of managing the effective transition of prisoners back into their local communities.

“This is particularly unfortunate given the findings of the recent HMP YOI Grampian Inspection[vi] which advised that “[its] strongest area of performance related to the preparation of prisoners for their successful return to the community” and that its “Community Integration (CIU) facilities, supported by the Throughcare support officers (TSO) were excellent”.

Explaining their view of the solution to a lack of prison resources and over-crowded prisons, the Howard League spokesperson stated: “Ultimately, we maintain that the solution to the current problem of prison overcrowding lies not in the building of larger prisons, which merely treats the symptoms of a rising prison population, but in a fundamental policy shift in relation to the purposes of imprisonment. We have consistently campaigned for the use of imprisonment as a measure of last resort, where it is necessary to manage any significant risks to public safety.

“We will be unable to stop the prison population from rising until we can answer the essential question, ‘what is prison for?’ If we take this question seriously, we should recognise that many of those who are currently in prison simply do not belong there – in particular, many of those on remand and those whose offences are such that they pose no risk to public safety.”

In June, the Scottish Government extended presumption against short sentences from three to 12 months, a move Howard League welcomed.

He said: “We cannot continue with an increasing prison population.

“It puts real strain on our prison service. I understand the reason why SPS has taken those Throughcare support officers and put them back on to frontline duties – because we have a prison population that is the highest in western Europe.

“That is not an acceptable position. It’s disappointing that this decision has had to be made but I completely understand why SPS would have to make that decision. It’s not an easy environment to be working in.”

“Our prisons are bursting at the seams. The suspension of this team is bad news for those serving custodial sentences and the safety of the communities they will return to.

“Under the SNP, the prison population has gone through the roof. The justice secretary cannot just throw up his hands and pass the buck. He has a responsibility to help the SPS restore this critical service.

“What we need is significant policy change on the part of a sluggish Scottish Government and a properly resourced prison service with a stronger focus on properly rehabilitating people.”