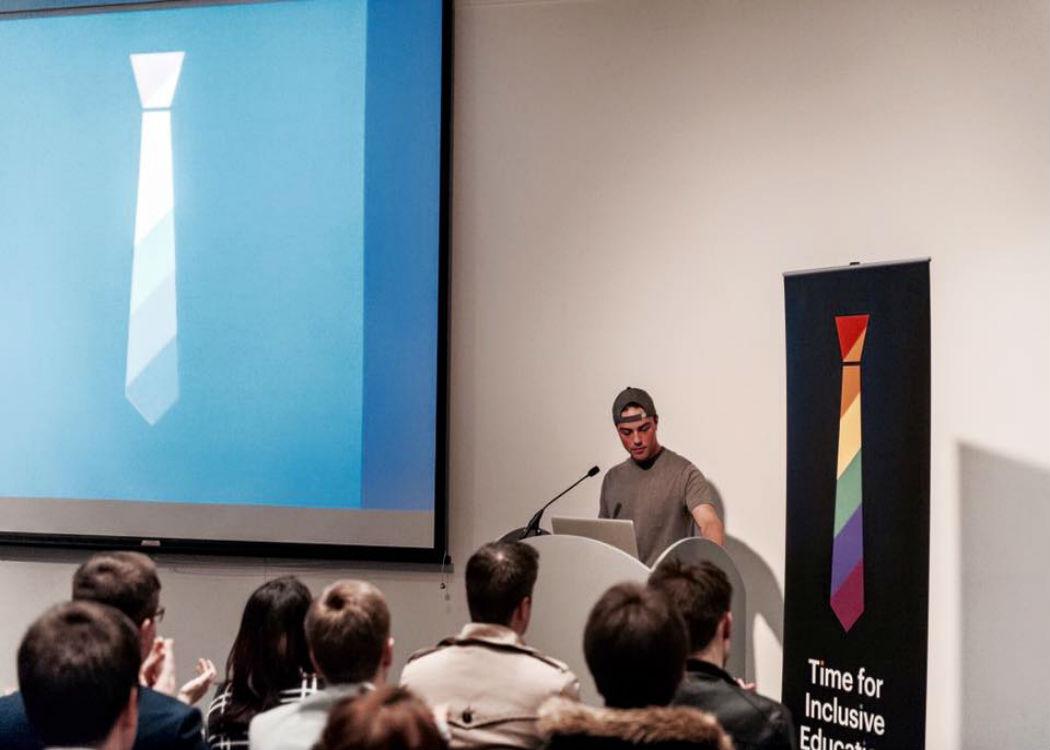 CAMPAIGNERS FOR LGBT+ inclusive education have launched a joint policy paper with SNP Youth and SNP Students in a bid to have the party make a manifesto commitment to tackling homophobia in Scotland’s schools.

The policy outlines various strategies that the SNP could adopt to make secondary school education more inclusive of a range of sexual identities.

These include ensuring that local authorities and schools have the funds to provide teachers with dedicated training courses in LGBT+ education, the creation of specific LGBT+ training within the remit of the Scottish Government’s ‘respect me’ anti-bullying strategy, and to introduce sexual health and Personal and Social Education (PSE) classes which address the range of human sexualities and identities openly and honestly.

Jordan Daly, co-founder of the Tie campaign, said: “A new strategy that goes further than before is required to tackle the issues facing LGBT+ youth and that is why we are looking for very specific guarantees from the SNP in their upcoming manifesto. This has to be addressed, and a new approach must be implemented by the next Scottish Government – the wellbeing of LGBT+ young people is dependent on it.”

The move follows a groundswell of support for the movement for LGBT+ inclusive education, which has seen the SNP’s youth organisations give their support to its calls for reform alongside a swathe of political and cultural figures and organisations.

“A new strategy that goes further than before is required to tackle the issues facing LGBT+ youth and that is why we are looking for very specific guarantees from the SNP in their upcoming manifesto.” Jordan Daly, Tie Campaign

At the SNP conference earlier this month (13th March) the SNP voted to supporter the aims of the Tie campaign.

Rhiannon Spear, SNP candidate for Glasgow and convenor of SNP youth, said: “I was ecstatic when the SNP membership made the historic decision to unanimously support our resolution which called for a more inclusive education system. This paper follows on from that, looking at the practical steps that we can take to achieve our goals. This work is important, and if it is implemented – it will drastically change the lives of young people in Scotland.”

Tie was launched to tackle homophobia in Scottish schools after it was revealed that 52 per cent of LGBT+ youth in Scotland had suffered homophobic bullying in schools, and that 26 per cent had attempted suicide and 54 per cent had self-harmed as a result of bullying.

The Tie campaign brought its research, including testimony of abuse and isolation suffered by LGBT+ youth across the country, before the Scottish Parliaments public petitions committee in October, but their petition was thrown out on a technicality in Janurary. Conservative religious groups had written to the committee objecting to the introduction of inclusive education in Scotland’s schools.

The SNP is expected to launch its manifesto soon, though no official date has yet been announced.

The Tie campaign and SNP Youth and Student groups’ policy document can be read here .