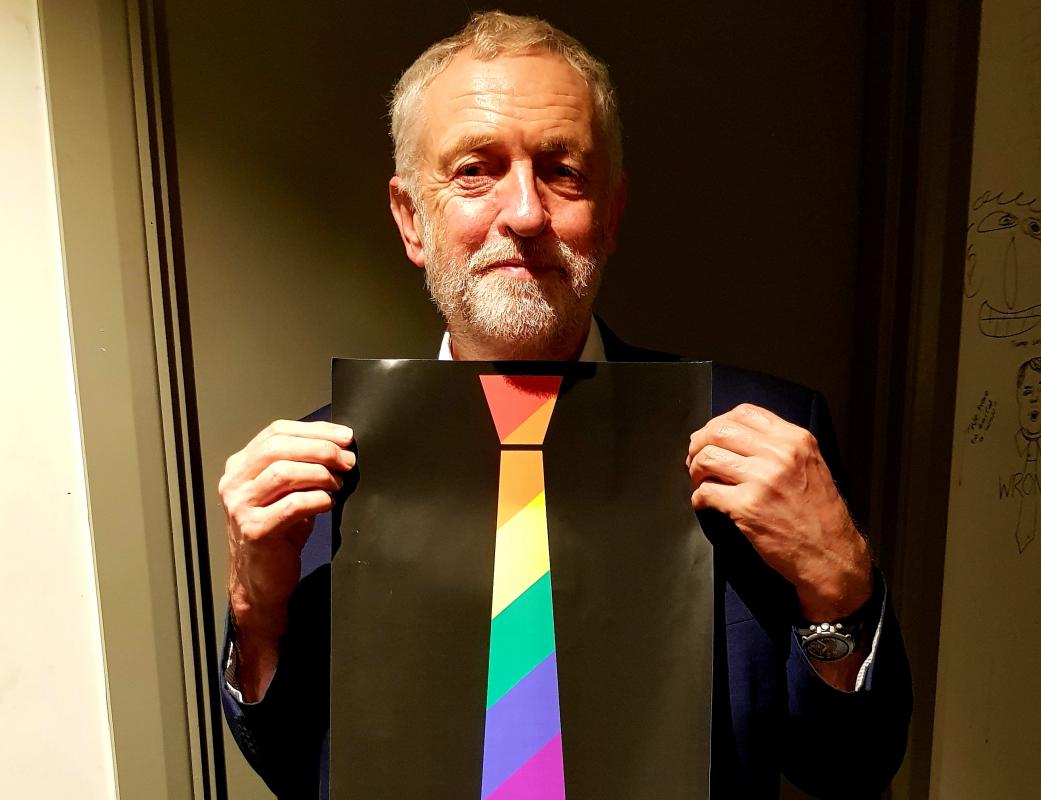 ON HIS FIRST visit to Scotland since the election of new Scottish Labour leader Richard Leonard, Jeremy Corbyn has shown his support for the Time for Inclusive Education (Tie) campaign by being photographed with the campaign’s signature rainbow school tie.

Richard Leonard, who was already signed up to Tie’s five-point pledge for inclusive education, joined the UK Labour leader in reaffirming his support.

The pledge includes the introduction of legislation which would place a duty on all schools to be proactive in tackling homophobia, biphobia and transphobia through an inclusive educational approach.

We are delighted to have the support of @UKLabour & @scottishlabour leaders @jeremycorbyn & @LabourRichard – it’s time to end the legacy of Section 28 once & for all #EducatetoLiberate pic.twitter.com/XUyP80tSwO

A Tie spokesperson said: “We are delighted that Jeremy Corbyn has supported our campaign, and he joins newly elected Scottish Labour Party leader Richard Leonard in doing so.

“The issues facing LGBT young people are universal and we have outlined our aim to expand our work across the rest of the UK, so having the support of the leader of the opposition party is a very significant step forward for us.

“This support is also symbolic, as Corbyn was a vocal campaigner against Section 28 – the clause which banned the discussion of gay identities in schools – and now, 17 years after its repeal in Scotland, we are working to end its legacy.”

Over half of MSPs are signed up to the campaign in Scotland, including MSPs from all parties.