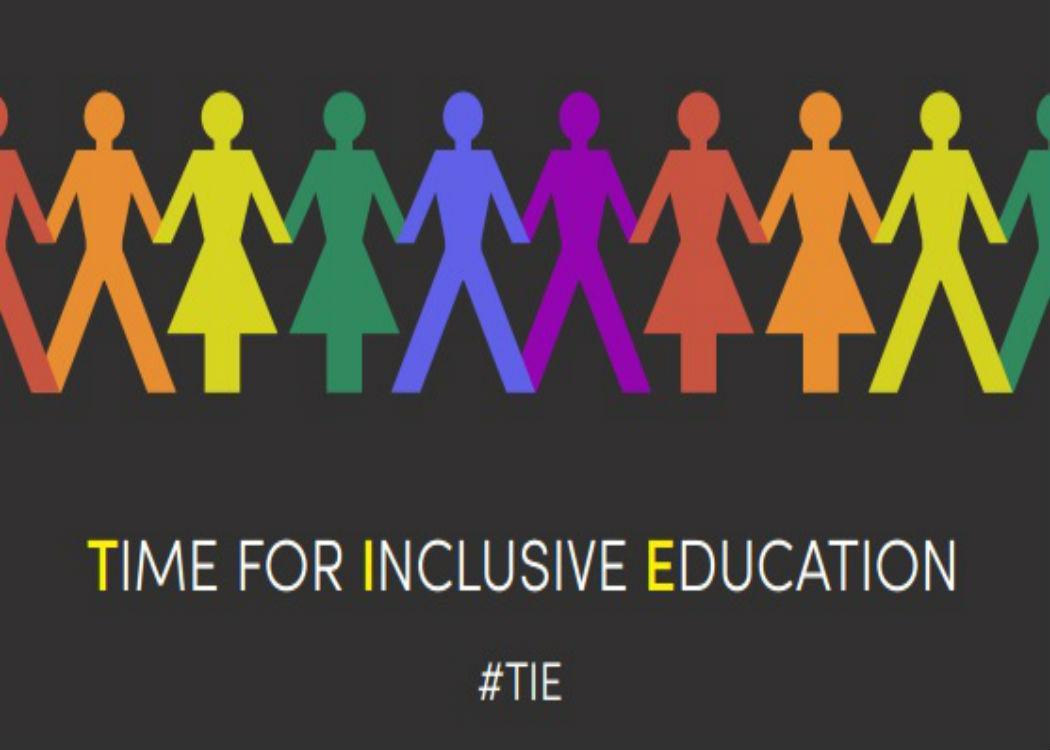 SINCE it’s launch on 28 June last year – the 46th anniversary of the Stonewall riots – the Tie (Time for Inclusive Education) campaign has grown considerably and support has continued to build.

Not long ago, we were asking commuters and shoppers for signatures on a petition calling for LGBT+ inclusive education in schools; equipped with nothing but a pasting board stall, some leaflets and an awful lot of passion.

That soon converted into presenting evidence in front of a Holyrood committee, publicly criticising parliamentarians and ministers for their complacency over the plight that LGBT+ youth are facing in schools, meetings with civil servants and visiting schools across the country to deliver assemblies.

It now seems that everyone is talking about LGBT+ young people and the education system – except the very people who have the power to solve the problems that we’re faced with.

It now seems that everyone is talking about LGBT+ young people and the education system. From political commentators, bloggers and journalists to the public, radio hosts, church leaders, teachers, students. Except, that is – other than a solitary question being asked during FMQs – the very people who have the power to solve the problems that we’re faced with haven’t said too much.

The aforementioned committee ultimately closed our petition, we’re constantly faced with the same rhetoric infused narrative from decision making bodies and our suggestion of improving and prioritising teacher training (as pointed out in an almost 5,000 word letter to committee convener and Labour MSP Michael McMahon – which we are convinced he didn’t read) is still just that – a suggestion. An aim. A solution.

Here’s the current situation, for those of you who are unfamiliar.

Stonewall Scotland’s school report found that, of it’s LGBT+ youth respondents, a quarter had attempted suicide and over half were self harming. The Equality Network’s latest report found that 95 per cent of people believe that the Scottish Government, and 93 per cent believe that schools are responsible for tackling LGBT+ inequality. Most respondents highlighted that there is a pervasive, unrelenting problem within our nation’s schools – the needs of LGBT+ pupils are not being met en masse.

The Scottish Government’s current strategy response to this is to update the national approach to anti-bullying. Don’t get us wrong – this is a good step, but it’s not the only one that has to be taken and it is absolutely not going to solve this problem.

Stonewall Scotland’s school report found that, of it’s LGBT+ youth respondents, a quarter had attempted suicide and over half were self harming.

From the beginning, we have felt that it was important that our campaign did not just highlight what is wrong without offering solutions, and we have made quite clear to all of the relevant organisations exactly what it is we are looking for here – and it starts with teacher training.

Consistently throughout our campaign, we have spoken to teachers – both practising and trainee – who have no clue how to tackle LGBT-phobia, teach LGBT+ issues or support their LGBT+ pupils. There is unanimous agreement from all that LGBT-phobic behaviours and attitudes remain a serious and pressing issue within our schools.

Currently, due to budget cuts, most institutions do not have the funding available to send their teaching staff onto the courses provided by Stonewall Scotland and LGBT Youth Scotland that deal specifically with LGBT+.

We have a model that we have recommended that the government follow – first, ensure that schools have the funding available: money can and should be found for an issue like this. Identify particular teachers – be it pastoral care, guidance staff, those on promoted posts or PSHE – and train them. Then, follow up on it – review, keep on top of the situation.

We have – within a week – managed to secure funding to send three teachers on an upcoming Stonewall course in March, all costs covered by ourselves.

Since it seems that this is not going to be adopted any time soon, we’re going to put our theory into practice. Last week, we launched a crowdfunding appeal – hoping to raise PS5,000, which will be split equally between Stonewall Scotland and LGBT Youth Scotland, to fund teachers to go on their respective training courses.

It’s small, but it’s a start. Therein, we will keep a relationship with the schools and the teachers that have been trained, seek updates from them following the courses and continually monitor the changes within their schools.

Following a donation from Unison trade union , we have – within a week – managed to secure three teachers so far, who will be attending the upcoming Stonewall course in March, all costs covered by ourselves.

We may not have been in the campaign game for a long time, but we’ve learned quite a few lessons. It’s really important to identity whether or not there is an uphill battle – it seems, with this, there is certainly going to be. The reality is, however, that we simply do not have time to wait for motions to be debated or bills to pass without taking any action on the ground right now.

In the same week that the parliamentary committee closed our petition, we had to refer a young school pupil on to LGBT+ counselling, amid fears that a second suicide attempt may be imminent. Following a school assembly that we delivered last week, we received several emails from pupils who openly discussed their struggle and told us that they are victims of bullying within their school.

Every donation counts: PS120 can allow us to send one teacher from one school onto Stonewall’s course, and PS400 allows LGBT Youth Scotland to train 20 per cent of teaching staff in one school.

That is why we’re taking matters into our own hands with this crowd funder . That is why we’re appealing for your help here. Every donation counts: PS120 can allow us to send one teacher from one school onto Stonewall’s course, and PS400 allows LGBT Youth Scotland to train 20 per cent of teaching staff in one school.

Aside from the morality of grassroots campaigners having to raise this money we just hope that, if we are successful here, the next government will sit back and consider adopting our aims and approaches.

We can affect real change here, but we need your help. Please support us by pledging a donation at www.crowdfunder.co.uk/tiecampaign and spreading the word.

Picture courtesy of the Tie Campaign