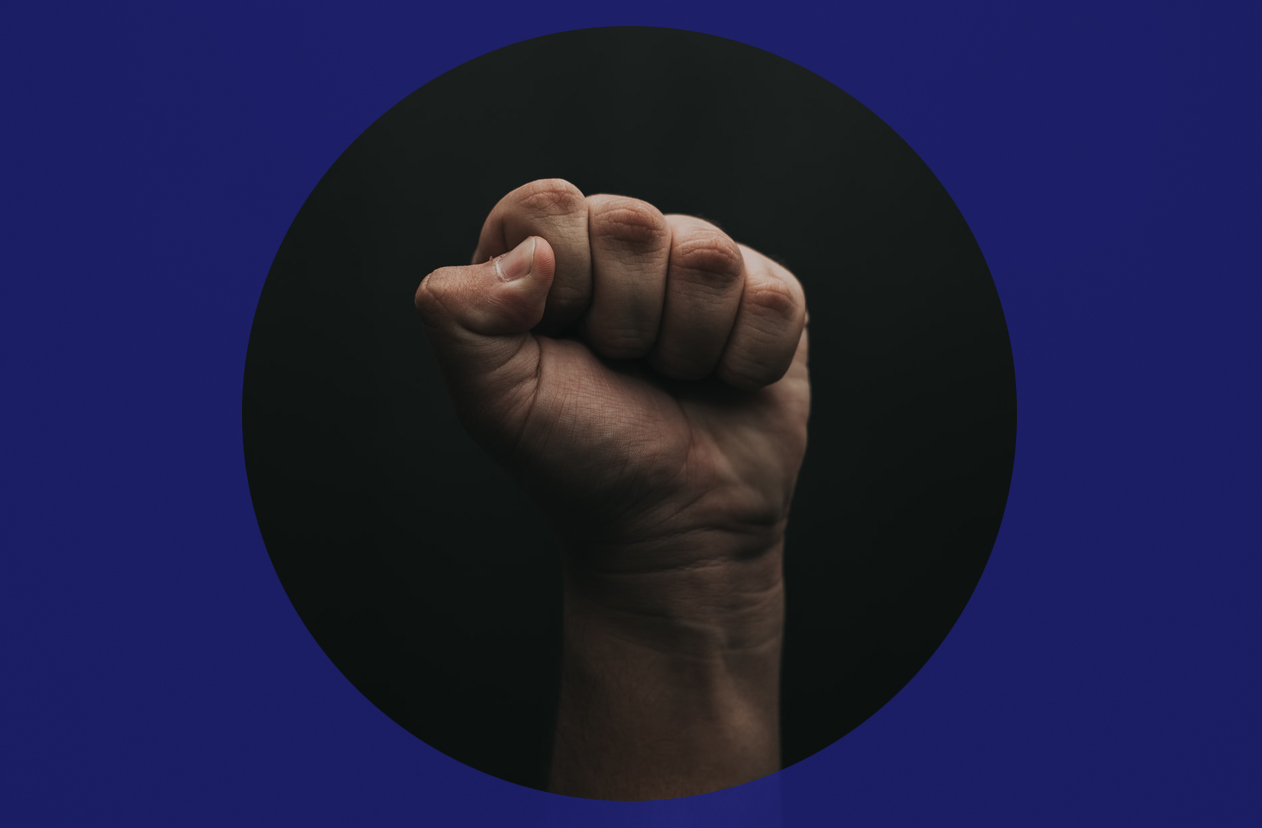 “Nobody is going to hand us this new world on a plate. We need to work hard if we are going to make it different this time. A deeper emerging rise in consciousness to realise our real power is a good start.”

WE ARE LIVING through a historical momentous moment. Our future is a blank page, waiting to be written. The challenges we face are likely to be worse than any of us have ever experienced. But the solutions required could create a world better than we’ve ever imagined.

The Institute for Employment Studies suggests that unemployment has now reached nearly three million in the UK – the highest since the 1980s. By autumn, they predict it will be the highest it has ever been.

Recent research from IPPR show one in four under-30s are already “just about getting by” or experiencing financial difficulties, while the STUC fears over 30 per cent of young people may be out of work by Christmas.

The OECD warns the UK economy will be the hardest hit by Coronavirus among the world’s developed countries because 80 per cent of the UK’s economy relies on the services sector.

Further IPPR analysis shows those who were ‘just about managing’ before the crisis face being ‘plunged into poverty’ – all 1.1 million of them, including 200,000 more children. That would mean a total of 4.5 million children living in poverty.

Meanwhile, the combined wealth of a few billionaires has seemingly surged by $565 billion during the pandemic; ecological catastrophe remains as serious as ever.

What is Boris Johnson’s plan to these systemic crises? It’s pretty simple. ‘Get out and shop’ to revive the country’s battered economy.

My purpose here is to ask: what are we going to do about it? What story will the history books tell? Will this be a moment when ordinary people decide we’ve had enough, and everything must change? Do we realise the power we have? Or are we in danger of slowly creeping back, consciously or not, to a toxic normality where poverty, inequality, war and the sixth mass extinction are accepted as good as it gets? Or are we capable of imagining and building a new world with enough wealth and resources for us all to live a safe and secure, quality life with dignity?

What can we do that will make this time different? We can start by realising our power.

The power of ordinary people to make change happen

“Often those who contribute most powerfully to movements for radical and social change are erased in the histories that are transmitted from generation to generation,” said the veteran revolutionary Angela Davis, reminding us of the unsung heroes of the civil rights movement in this powerful lecture.

Everyone knows Dr Martin Luther King Jr’s name, but we are less informed of the people who worked tirelessly to organise and build the movement, mostly black women, before he was invited to be a spokesperson. We all know Rosa Park’s name as the woman who refused to give up her seat for a white man, but we know less about her years of activism as a trained organiser, her work to end sexual and domestic violence against women, or Jo Ann Robinson and the Women’s Political Council, who had been working on the Montgomery Bus Boycott campaign for years before and after Rosa Park’s arrest.

The point here is not to undermine MLK’s brilliance, but to remember that movements do not succeed because of one individual heroic figure. Campaigns are won because of the often-unrecognised, unglamorous work of ordinary people, and that’s a very different story.

This has been clearly demonstrated by the political earthquake that has erupted since the murder of George Floyd. Conversations about reforming the police and funding community projects are finally taking place. Is this because politicians have had some moral epiphany about justice? Or is it because of the insurgent mass movement of ordinary people coming together, realising their collective power to demand and make change?

It’s also worth remembering that Black Lives Matter was co-founded in 2013 by three radical Black women.

Inspiration closer to home is endless. Mary Barbour and her army organised one of Scotland’s most successful rebellions: the Rent Strike of 1915. Together with 20,000 tenants on rent strike, Parliament passed the Rent Restriction Act, the first of its kind in Europe.

These women were part of a bigger movement still: Red Clydeside, which emerged from thousands of workers coming together in solidarity to campaign for a 40-hour working week, and demand peace, democracy, and equality.

John MacLean dedicated his life to the movement, organising and educating, and suffered severely after years in jail because of his admirable activism. Tragically, not enough people know his name.

This era of radicalism inspires much of the activism we see in Scotland today, from social movements like the Living Rent campaign to Common Weal.

We stand on the shoulders of giants, many of their names we don’t know. If we are going to make this time different, it won’t be because we waited for some heroic figure to come and save us. It will be because ordinary people rebelled against injustice, daring to imagine a new world and working together in solidarity to make it a reality.

The danger of mass levels of disillusionment from a disenchanted public sick of the hypocrisy, lies and deceit from politicians, a media industry more interested in serving advertisers for profit than delivering quality journalism for the people, even in such a pivotal moment that we are in now, is to retreat back to what is expected of us – shop till we drop.

People have told me that they feel so angry over what is happening, so hopeless that anything will change, and so powerless to do anything about it, that the only option they can see is to disengage from it all and use the only power they think they have – purchasing power.  They would rather spend their money (while they still have some left), or more likely get into debt, to buy what makes them ‘happy’.

Edward Bernays is a man we should all learn about (this documentary from Adam Curtis is a must). He was the first person to show corporations how to use techniques to manipulate the masses by making them want things they didn’t need. He used propaganda to manufacture desire and rebranded it ‘Public Relations’.

He famously convinced women to smoke by exploiting the Suffragette movement and their desire for equality by associating smoking with their cause, branding his campaign ‘torches of freedom’.

This was a new political idea of the early 20th century on how to control the masses in a democracy because an all-consuming self was ‘happy and docile’. He called it ‘the engineering of consent’.

These techniques are still used today, as we’re made to believe that our creativity, freedom and choice is exercised through what we buy. Austerity 2.0 and phoney Green Deals will be a lot easier to stomach when we’re distracted building our identities and status from stuff.

Can we really blame people for feeling like this though? I used to do exactly this myself. I left school not knowing what capitalism or neoliberalism was. Isn’t it quite remarkable that we are not taught about the ideology that dominates our lives? Especially since it is the root cause of the major crises we face today (this is excellent from George Monbiot).

It’s not that shocking when we remember we live in a class-based system. As Akala argues in ‘Natives: Race & Class in the Ruins of Empire’ state schools are stuck in a “Victorian-era paradigm”. They are designed to create “middle-management civil servants and workers”, rather than encourage “any sense that we plebs should contemplate participating in the governing of the country”. We’re meant to know our place.

The success of the neoliberal conviction that ‘there is no alternative’ over 40 years can in part be attributed to the fact many of us don’t have the foundational understandings to challenge it.

If those in power are going to continue using PR techniques to manipulate us, to use institutions such as the media, consumer culture and our education system to control what we know and understand, then it’s up to us to change the whole dynamics of that power relationship.

We need to educate ourselves and each other to fully grasp how the current system works and what the solutions are. We need to be well-equipped to decipher between rhetoric and reality; to have the tools to know the difference between artificial PR stunts and substantial transformational policy.

And we need to use that knowledge constructively by refusing to be just another passive consumer and instead take an active role as part of a movement for social change.

Nobody is going to hand us this new world on a plate. We need to work hard if we are going to make it different this time. A deeper emerging rise in consciousness to realise our real power is a good start.

We are living through a historical momentous moment and we have a chance to change everything. Doing something about it first requires that we know our power.