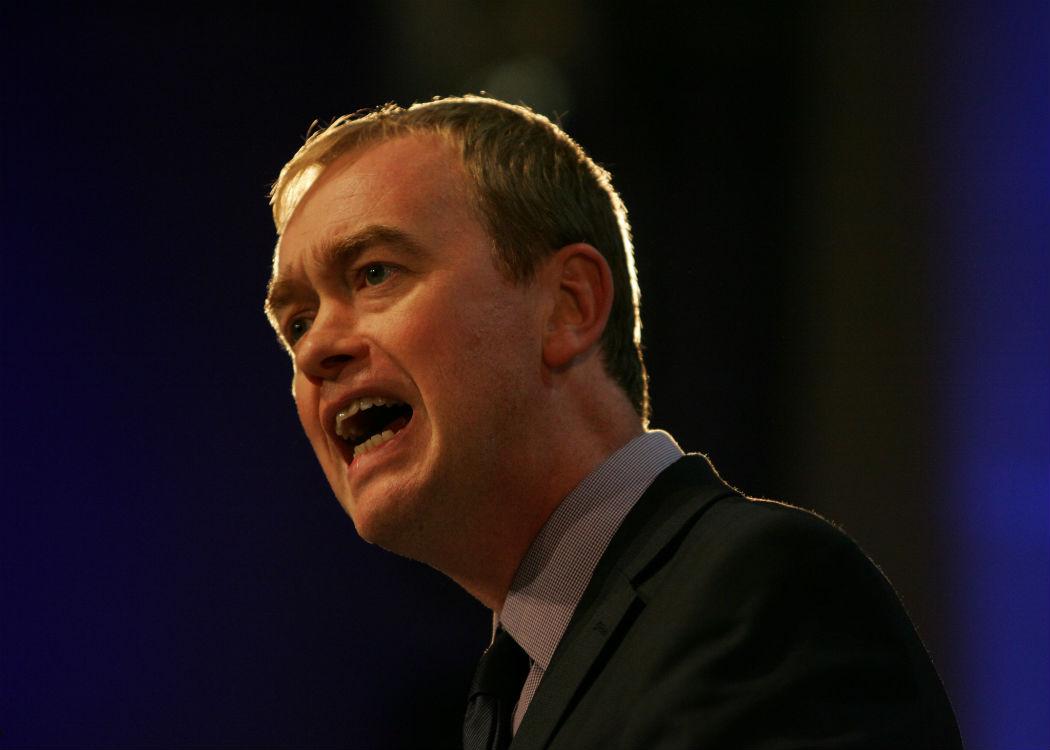 CommonSpace takes a look at the Lib Dems new leader

TIM FARRON has, unsurprisingly, been elected leader of the Lib Dems, and now will take up the unenviable task of trying to rebuild a party that was left with just eight MPs after its election mauling in May.

Farron is a devout Christian, who believes every word of the Bible. His family pray round the dinner table every evening.

Asked if he was an evangelical, he said: “I just count myself as a Christian, and my faith is in Jesus Christ, I put my trust in him. I count him as my Lord and saviour, and I’m in no way ashamed of that.”

Farron’s devotion to his christian faith has raised questions about his commitment to abortion and gay rights, issues liberals generally have a – well – liberal view on.

In 2005, shortly after being elected as an MP for the first time, he told the Salvation Magazine: “Society has to climb down from the position that there is nothing morally objectionable about abortion before a certain time. If abortion is wrong, it is wrong at any time.”

When Farron stood for the deputy leadership of the party, Stonewall, the LGBT organisation, gave him a score of 29 out of 100 for his record on LGBT voting in parliament, saying: “The Westmorland and Lonsdale MP was absent for all but three votes and didn’t support Stonewall’s position in any of the votes included. He voted against important legal measures to protect gay people against discrimination by businesses and public services and failed to support a robust criminal offence of incitement to homophobic hatred.”

Farron abstained on voting for adoption by homosexual couples and fertility treatment for lesbians, but did reluctantly vote for gay marriage in 2013 (despite voting for delaying its implementation).

On the left of the party

Farron has always been on the left of the party – long ago he was comfortable in stating that he felt he had more in common with Labour than the Tories.

He backed the coalition government, but was not given a ministerial position by Nick Clegg. As it turned out, this probably worked in his favour – he rebelled against the coalition on numerous occassions, including the infamous tuition fees vote.

Winning the position of Lib Dem president allowed him to tour around the country speaking to party branches and he quickly became a favourite among the members – who are generally to the left of the Lib Dem leadership.

Farron’s role outside of the coalition has put him at odds with much of the leadership, including the party grandees who tend to have an undying love for Clegg.

Farron gave the party two out of 10 for its performance in the coalition, leading to one senior figure telling the Telegraph: “Which bit of the sanctimonious, God-bothering, treacherous little s*** is there not to like?”

Former business secretary Vince Cable said of Farron: “He’s a very good campaigning MP, but he’s never been in government and has never had to make difficult decisions and I think his credibility isn’t great.

“You know, he’s an entertaining speaker and has a bit of a fan club. But I suspect he would not be seen as a very credible leader, at least now. Maybe in five, 10 years time.”

Former leader Paddy Ashdown stated: “Tim’s a very able guy but at the moment judgment is not his strong suit. I think his well-known ambitions would probably be better served with a little more patience and a little more judgment.”

All very critical, but since under their guidance the party crashed and burned in the recent election, Farron may be thankful for their disdain.

It was perhaps apt that the Lib Dems announced the result of their leadership election on Twitter given the new leader’s obsession with the social media device. He sends out an average of 17,000 tweets a year, which is one every 20 minutes. Perhaps taking the top job in the Lib Dems will keep him a bit more busy – then again, given the party’s collapse, perhaps not.