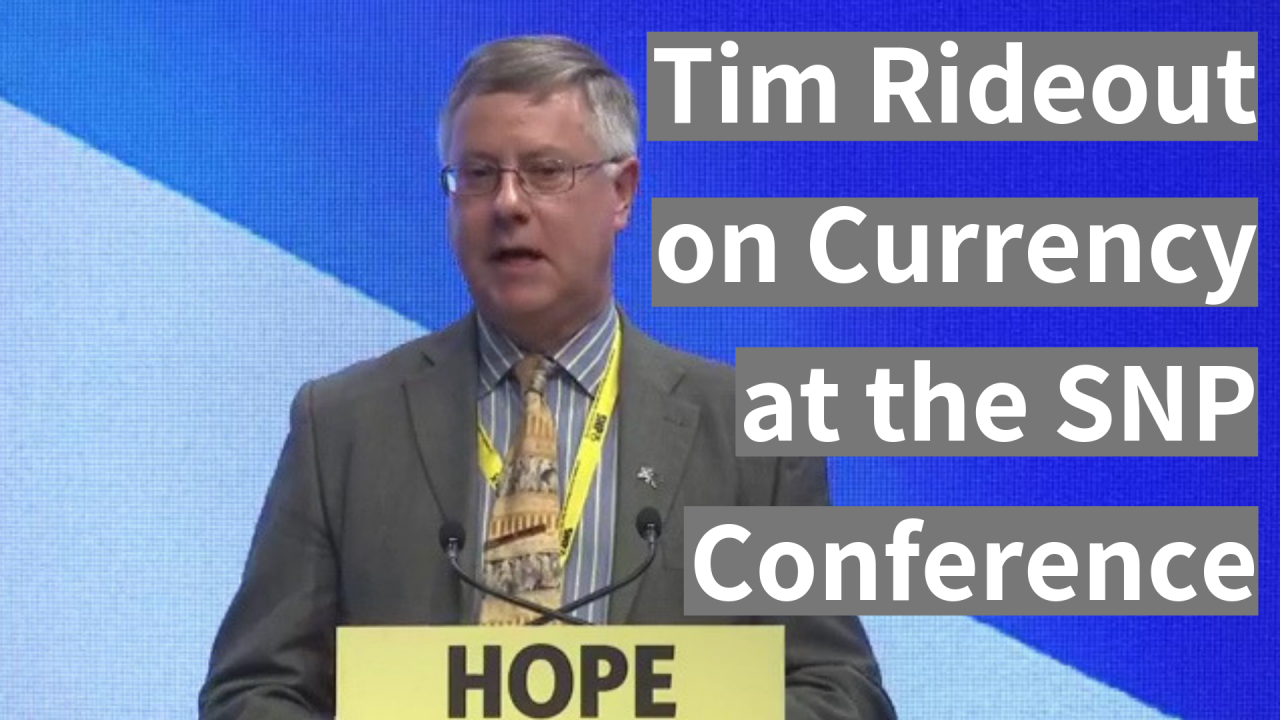 Tim Rideout addresses the SNP conference in the run up to a vote on Scottish currency, speaking for Amendment D:

Delete 33) and replace with:

The passing of Amendment D has lead to some discussion on what this means for the 6 tests, the outcome for which has yet to be clarified.