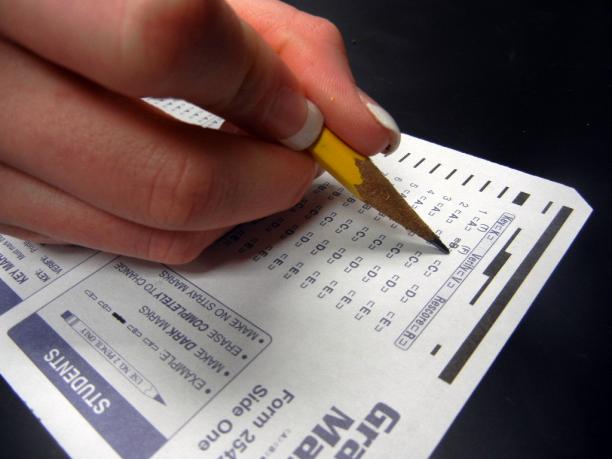 PRESSURE ON the Scottish Government to reconsider its policy of standardised testing – initially introduced last August – has intensified after five children’s charities, a former Children’s Commissioner for Scotland and teachers’ union Education Institute of Scotland launched a campaign urging parents to withdraw P1 children from the tests.

The campaign launched today (15 August) will provide parents of primary one children with postcards to hand in to their schools in order to opt out of the Scottish National Standardised Assessment tests, which have now been introduced for P1, P4, P7 and S3 pupils.

Organised by Upstart Scotland, a charity which advocates for a play-based model of learning for children up to the age of seven, the boycott of the test for P1s is backed by Children in Scotland, Play Scotland, Connect (formerly the Scottish Parent Teacher Council), ACE (Adverse Childhood Experiences) Aware Nation and EIS.

Sue Palmer, literacy specialist and chair of Upstart Scotland said: “Wherever national standardised testing has been introduced, it has narrowed the curriculum, encouraged teaching to the test and caused anxiety among children, parents and teachers.

“This is particularly damaging during children’s early years. Due to Scotland’s extraordinarily early school starting age, our P1s will be sitting tests at an age when the overwhelming majority of European children aren’t even at school.”

Also on the board of Upstart Scotland is Tam Baillie, former Children’s Commissioner for Scotland, who said testing P1s in this manner “pulls Scottish education in exactly the opposite direction” of international evidence, which shows that under-sevens require a play-based approach to learning.

The campaign represents a major statement of opposition from leading voices in the education and children’s sectors to a policy which the Scottish Government has consistently defended and held up as a core aspect of the broader education reforms on which First Minister Nicola Sturgeon boldy stated she “want[s] to be judged”.

The disconnect between the Scottish Government and these organisations on this issue did not happen overnight – so how, and why, did they get to this point?

September 2015: Red flags from the outset

The government first announced the policy in September 2015 with the aim of reducing the educational attainment gap between pupils from poorer and wealthier families in Scotland. From the outset, concerns over the implications of such a policy were raised, with teachers’ union EIS describing the move as a “damaging, retrograde step” and was “not the answer” to the attainment gap.

One of the major concerns raised about the policy, as it was described at this time, was that the national data produced by the tests would be used by the press to compile and publish league tables – a situation that critics said could leave teachers pressurised to focus on test scores rather than quality of the education.

The announcement was also opposed by the Scottish Greens and the Liberal Democrats, while the Scottish Conservatives, who had pushed the government to introduce a stronger testing regime, backed the decision.

By November of the same year, the policy had been met with criticism by EIS, the Scottish Secondary Teachers Association, the Scottish Parent Teacher Council, the Scottish Trades Union Congress (STUC), and a range of academics and education experts.

In a speech to the STUC women’s conference general secretary of the STUC Grahame Smith said testing was “not a policy that will improve attainment”.

The same month, the Royal Society of Edinburgh, which backed the idea of “summative assessments” in principle, dismissed the government’s stance that its standardised tests would “inform teacher judgement”.

Quickly, concerns arose over the consultation process, evidence-base and transparency around the policy development.

Writer, lecturer and education policy expert James McEnaney, who condemned the notion of standardised testing from the outset, identified by Freedom of Information (FoI) request that only four pieces of written evidence had informed the government’s decision to re-introduce the tests.

The evidence took the form of four emails, written by two education advisors, neither of which explicitly endorsed the policy when contacted by CommonSpace about the issue at the time.

Questioned on the consultation process, the Scottish Government FoI unit confirmed that “the formal consultation period on the framework itself did not begin until after the first minister’s announcement”.

Although the Scottish Government insisted that a series of informal meetings on the topic had taken place, it faced further criticism for refusing to confirm who the participants in these meetings were, and stating that no minutes of the meetings had been taken.

May 2016: Reversal on data collection

By the following summer, after consistent pressure from experts in education and child development, the Scottish Government had walked back a number of points of contention about the policy.

A revised version of the National Improvement Framework shared with EIS at this time noted that teachers would not be required to administer the tests at a specific point in the year, and did not specify that all children would have to complete the tests.

Importantly, the new framework indicated that standardised test scores would only be collected on an anonymised sampling basis and would not be published.  While this alleviated some concerns about league tables, it left critics of the tests questioning why they were considered necessary at all.

Despite seemingly relaxing its position on the compulsory nature of the tests, the government maintained that all pupils were expected to take the tests.

Questioned by Ruth Davidson, who perceived the government as weakening its position on the issue, First Minister Nicola Sturgeon confirmed: “On the point about whether or not all pupils will be required to sit [standardised] assessments, let me make it absolutely clear: yes, they will be.”

The same month, EIS voted at its AGM to support a boycott of the Scottish Government’s plans for national testing if the final arrangements were considered “unacceptable” by the union.

Education convener for EIS, Susan Quinn, said the union would “make an absolute stand against any suggestion of testing that puts whole cohorts of children through them [national tests] at the same time.”

Speaking at the meeting, the Scottish Government’s education secretary John Swinney was heckled by some teachers as he made the case for standardised testing.

One of the two education experts who had submitted written evidence to the government in advance of their announcement of the policy distanced herself, telling CommonSpace that “aspects of my advice were not accepted”.

Sue Ellis, professor of education at Strathclyde University, had sent three of the four emails on the subject to the Scottish Government. While she recommended that the testing should not be based on the Curriculum for Excellence and that they not include a written element, both of these recommendations were ultimately dismissed by the government.

The Scottish Government confirmed in November 2015 that rolling out standardised testing would cost £10m across a five year period – an amount which critics argued could be better spent on hiring teachers and protecting support staff in an already under-resourced sector.

Then, new figures emerged in May 2017 which revealed the system would cost £3m rather than £2m per year of the contract – a 50 per cent increase on the initial estimate, and more than three times the amount which local authorities spent on the old standardised tests.

May 2017: Government education adviser speaks out against the policy

Speaking to Holyrood Magazine, Professor Andy Hargreaves of the Lynch School of Education in Boston, who is one of Swinney’s international education advisors, said standardised testing could cause “ill-being” in children.

The government used its programme for government for 2017-18 to restate its commitment to introducing standardised testing, along with its broader education reforms.

While the government had by that time confirmed that the tests would not be compulsory, critics noted that the process of opting out had not been made straightforward.

James McEnaney said: “If parents want to opt their children out of these tests, then they absolutely can. Now they are refusing to set out any kind of national policy for doing that – fill in this form, send this letter, whatever.”

Upstart Scotland launched its campaign calling for P1 children to be provided with play-based learning and not tests – a position it argued was supported by “the play-based pedagogy outlined in the Curriculum for Excellence”.

The campaign attracted the support of a range of organisations including Children in Scotland, EIS, Play Scotland, Connect, the Children’s Parliament, and the current Children and Young People’s Commissioner Scotland, Bruce Adamson.

One year in to the tests’ introduction, Freedom of Information Requests submitted to EIS by the Liberal Democrats revealed that feedback from teachers on the tests detailed adverse impacts on the mental health of young children in particular.

In 172 pages of comments from members, teachers described the tests as “unnecessary and cruel” and said they “completely contradict” approaches focussed on the mental wellbeing of children.

EIS assistant secretary Andrea Bradley said the feedback the union had received indicated that teachers saw p1 tests as “inappropriate”, “unnecessarily stressful” and “an inhibitor rather than an aid to their learning”.

Following the findings, the Liberal Democrats called for a vote in parliament on the issue which has already gained cross-party support.

Where we are now

Now, the Scottish Government is faced with the threat of a boycott by parents pulling their children out of the tests. With the backing of national charities and a major teachers’ union, this could become a serious concern for the government.

Responding to the criticisms, a Scottish Government spokesperson stressed that most local authorities have been carrying out assessments for years and said: “The Scottish National Standardised Assessments ensure for the first time all schools will undertake the same assessments, providing consistency and an important means for teachers to identify children’s next steps in learning.

“That is especially valuable in early years if we are to continue to close the attainment gap. We see the assessments as an integral part of everyday learning for children and young people.”

The Scottish Government is soon to announce its plans for the system over the next year following a review. After putting its flagship Education Bill on pause earlier this summer, it remains to be seen whether the government could shift position on this equally controversial education policy.