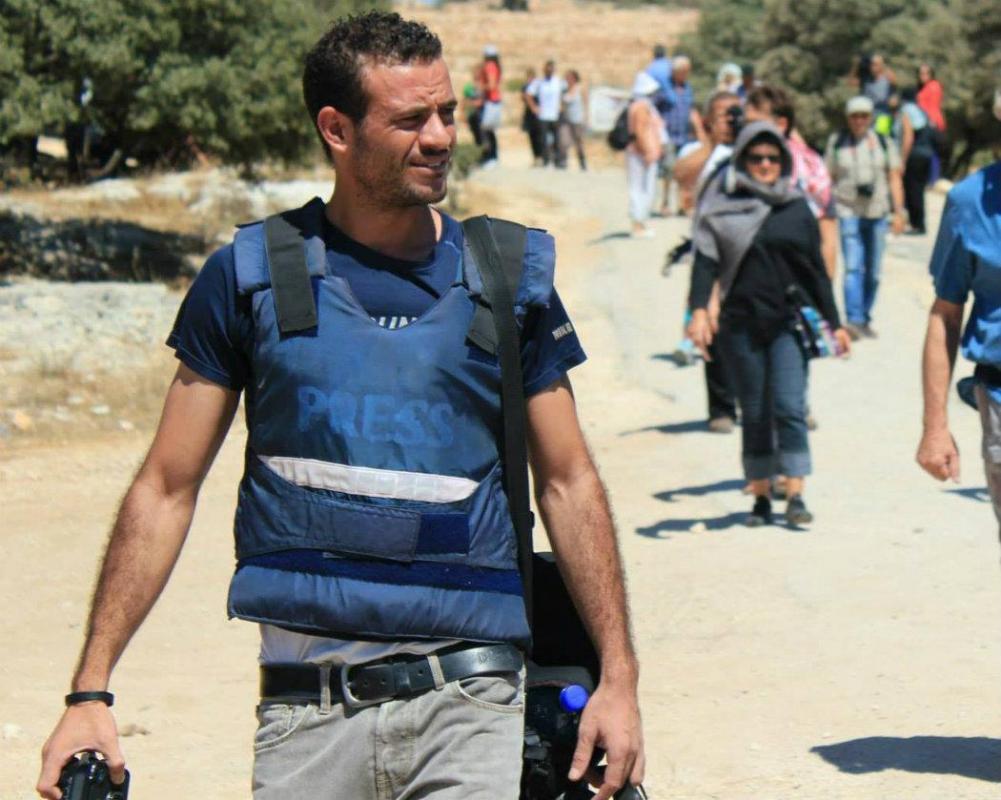 THE MEMBER OF PARLIAMENT for Edinburgh East has called for a review of Hamdi Aburahma’s visa case, a Palestinian photographer who was denied a visa for the Edinburgh festival.

CommonSpace reported last week that Aburahma was due to speak at a photography exhibition in Edinburgh as part of a crowdfunded celebration of links between Scotland and Palestine.

Aburahma, who has previously travelled freely across Europe, claimed that his application had been rejected on political grounds.

In letters posted yesterday [Monday 17 August] from Tommy Sheppard MP to immigration minister James Brokenshire, Sheppart wrote: “I find it preposterous that even though Mr Aburahma submitted his application in a timely fashion, alongside evidence showing that he is both financially stable and is being fully covered by the Network of Photographers for Palestine during his entire visit to the UK, his visa was still rejected.

“It seems obvious that Mr Aburahma has met all the criteria required for approval of his visa. I therefore hope that you will review the decision as a matter of urgency and allow Mr Aburahma to attend the festival,” he continued.

Following the 2014 festival, thousands of pounds in public donations were raised to support a ‘Palestine Day’ event. The event, which takes place on Sunday 23 August, will bring together Palestinian artists to share their work.

Organisers David Greig and Phil Chetwynd both confirmed that Aburahma had financial and accommodation support confirmed for his time in the UK.

Travel from Palestine, especially from the blockaded settlement of Gaza, is challenging due to a range of military and diplomatic obstacles enforced by the Israeli Government.

International condemnation towards the Israeli government rose following ‘Operation Protective Edge’, which resulted in the deaths of hundreds of Palestinian children.

Sheppard and Aburahma await the response of the UK Government.

Event organisers have stated that even if calls for a review are rejected, efforts will be made to bring Aburahma to next year’s Edinburgh festival.