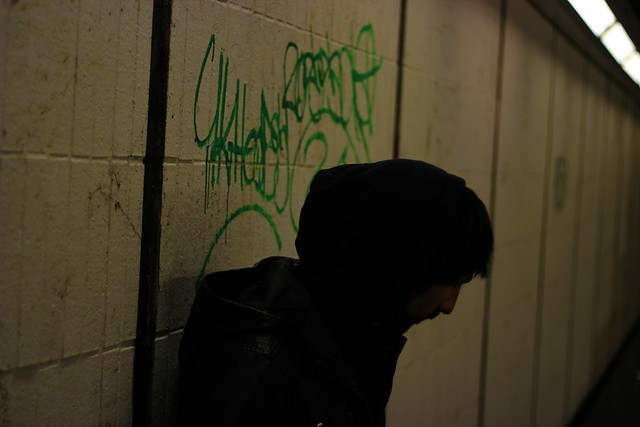 Does Glasgow City Council have the resources to fully replace temporary accommodation service cuts with its Housing First programme?

GLASGOW CITY COUNCIL has been criticised for cuts to temporary accommodation in the city by Homelessness Action Scotland’s CEO, who has questioned whether the Council has sufficient capacity to fully replace the loss of beds with the roll-out of its ‘Housing First’ strategy for rapid re-housing.

Glasgow’s Health and Social Care Partnership, a joint NHS-Council board responsible for homelessness services, announced in May a £2.6 million cut to homeless provision, beginning this October.

The Council stated at the time that the move was part of ensuring “resources are used to best effect”, with the introduction of Housing First – a policy intended to deliver rapid re-housing for those vulnerable to homelessness so that they do not need to stay in temporary accommodation.

But Gavin Yates, CEO of Homelessness Action Scotland, a national membership organisation for homelessness, questioned this logic in Scottish Housing News on Monday [16 July], stating: “The argument that a move from the traditional ‘homelessness bed’ model to a Housing First arrangement is better for the individuals concerned is initially compelling. But, and it’s a big ‘but,’ does Glasgow have the capacity available to deliver immediately?”

Yates went on to cite recent Scottish Government statistics showing the Council turned away 3,365 people over the past 12 months (95 per cent of all rejections across Scotland) seeking temporary housing accommodation, which “is not just immoral but it is also unlawful”.

“It is clear that this cut of £2.6 million is too fast, too soon and too brutal,” Yates argued.

“The situation is absolutely clear, Glasgow faces a huge challenge in effectively supporting its homeless people. There is also the spectre of a drugs crisis in the city where drug deaths are climbing and benzodiazepines, drugs such as Valium and Diazepam, are being sold for as little as 30p a tablet.

“There is evidence from other countries that moving to a rapid rehousing approach will save money, not only for local councils but also for the NHS, for the police and for the wider criminal justice system. It is the perfect example of what Dr Campbell Christie said almost a decade ago about early intervention and prevention and its transformative effective on public service delivery.

READ MORE: Analysis: New statistics show funding has to catch up with policy in the fight against homelessness

“However, as evidence has shown, these savings cannot be realised in the short-term. The only way to do this is to transfer cash from the NHS and the police and prisons system after the change has been effective. This can happen, but it won’t happen overnight.

“In the meantime, the much-needed investment needs to continue with local authorities like Glasgow continuing or increasing their investment.”

Yates, a former councillor, said he understood that Councils had faced cuts from central government to their funding in recent years, but that it would be “utterly perverse” to accompany the new £50 million Scottish Government fund for its Ending Homelessness Strategy with cuts to local authority budgets.

“The Scottish Government will be allocating funds to local authorities very soon to drive change to end homelessness in our country. It would be utterly perverse if the authority that got the biggest slice of that pie was the same one that made the biggest cut,” he said.

Kim Long, Glasgow Scottish Greens’ councillor, has also questioned the speed with which temporary accommodation services are being removed in the city, telling the Ferret: “We welcome the move to rapid rehousing.

“But services are already stretched and a cliff edge between the old and new service models, where support is suddenly taken away because of funding pressures, runs a very high risk of vulnerable people falling through the cracks.”

A spokeswoman for Glasgow’s Health & Social Care Partnership responded: “We are developing 600 Housing First tenancies with wraparound support over the next five years and reducing hostel provision by 500 units.

“This is to prevent people with complex needs spending time in temporary accommodation and, instead, providing them with safe, secure tenancies and intensive support.”