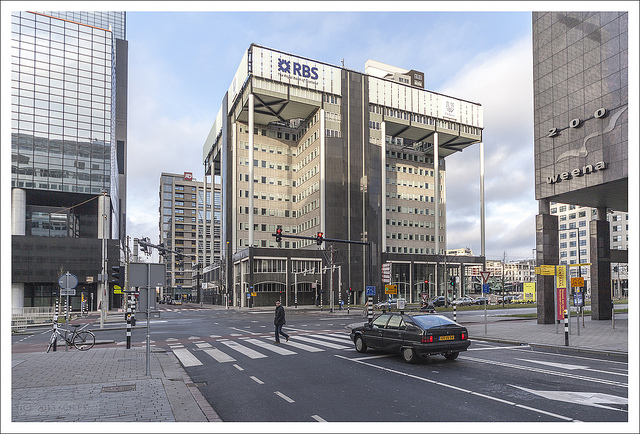 Critics argue that, despite FCA protestations, the City watchdog could have done more to hold those responsible to account

THE FINANCIAL CONDUCT AUTHORITY (FCA) has faced strong criticism following the announcement that it will take no disciplinary action against the Royal Bank of Scotland (RBS) over the misconduct of the bank’s Global Restructuring Group (GRG).

GRG was originally marketed as an expert service that would offer assistance to struggling small businesses, many of which were transferred into the RBS division despite not being viable. Of those that were judged to be financially sound, the FCA later found that one in six had been damaged by GRG’s management, which included new fees and higher interest rates.

Notoriously, an internal GRG memo from 2009 advised its staff that “sometimes you have to let customers hang themselves” when they are financially struggling, and argued that “missed opportunities will mean missed bonuses”. RBS later claimed that the memo did not reflect bank policy or guidance.

Explaining their decision, the FCA argued that it does not have the powers necessary to discipline RBS, despite the “widespread inappropriate treatment” or up to 12,000 small businesses between 2008 and 2013.

Andrew Bailey, the FCA’s chief executive, said: “I appreciate that many GRG customers will be frustrated by this decision, but we have explored all the options available to us before arriving at this conclusion.

“The fact that we can’t take action in no way condones the behaviour of RBS. We expect high standards from the firms we regulate and RBS fell well short in its treatment of GRG customers.”

However, the RBS GRG Business Action Group, which represents many of the small businesses which suffered from GRG oversight and is currently pursuing legal action on their behalf, commented in the wake of the FCA announcement: “We are disappointed but not surprised by today’s announcement. The FCA has always been a supine, toothless regulator, more concerned with protecting RBS than ordinary people. It will not stop us in the pursuit of justice through our high court claim.”

Speaking to CommonSpace, Ian Fraser, journalist and author of Shredded: Inside RBS, The Bank That Broke Britain echoed the Action Group’s appraisal, said: “I’m not surprised by the decision – the part of the market that was small business lending, which the Global Restructuring Group scandal comes under, was not technically regulated by anybody, let alone by the FCA.

“But I think it’s extremely disappointing because I think there is clear evidence of malpractice on the part of RBS, including potential valuation fraud, and shocking and abusive treatment of small business customers.

“Basically, it [the GRG] is the sort of thing that should definitely come under regulation, but you can’t retrofit the law. But there are various ways in which the FCA could have taken enforcement action against the top individuals in the Global Restructuring Group. The FCA has 11 principles under which banks should operate, and it’s clear to me that all 11 were broken by the Royal Bank of Scotland’s Global Restructuring Group, especially in the period 2009 to 2014.

“I think there is clear evidence of malpractice on the part of RBS, including potential valuation fraud, and shocking and abusive treatment of small business customers.” Journalist Ian Fraser

“I know countless business people, who I’ve been in touch with over the past seven or eight years, who provide really horrifying testimony as to the way they were treated by RBS, NatWest and Ulster Bank – which are the three main operating arms of RBS in the UK – with clear signs of criminal behaviour, including fraud, extortion, and potentially also bribery. So it really is pretty disappointing that the FCA is too toothless to do anything about it.”

Fraser disagreed with the FCA’s claim that it lacks to the power to take action against RBS, saying: “I think [they could] if they actually wanted to – if they weren’t as craven and captured as they appear to be.

“Despite the fact that this particular sector of the financial market is not technically regulated, they could have taken proceedings and/or enforcement action against the top people in GRG, and mid-managers and senior managers within that organisation.

“It’s the sign of a regulator whose heart’s not really in it.”