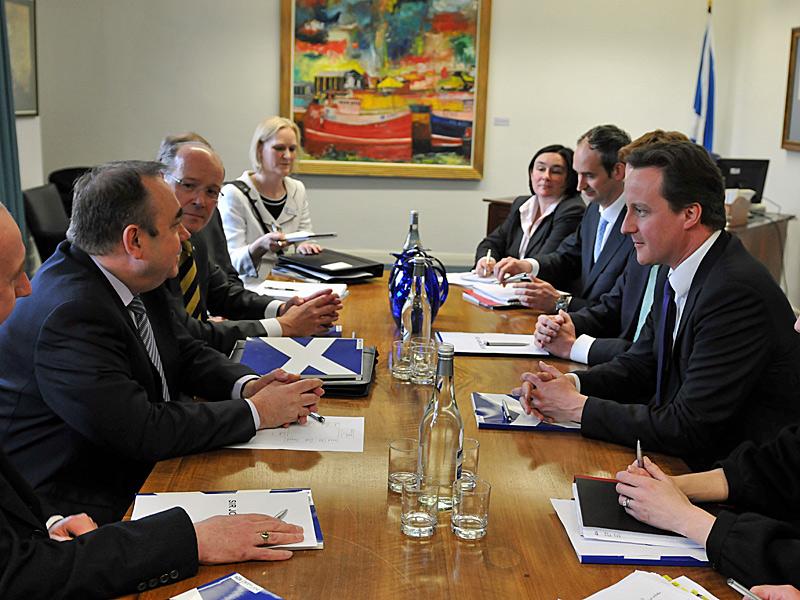 CONSERVATIVE party proposals for “an English rate” of income tax have betrayed the promise to support a reformed UK system, according to the Scottish National Party and Labour politicians.

Stewart Hosie, SNP deputy leader, claimed in comments to The Herald that the move “effectively ripped up the Smith Commission report”, which supported income tax remaining under a ‘shared’ system. (Click here to read more)

Hosie added: “The Tories also plan to exclude Scottish MPs from key votes and issues which directly impact on Scotland – including our funding – demonstrating that as a party they remain deeply hostile to Scottish interests.”

The Conservative manifesto, launched on Tuesday, announced the new policy position on income tax, stating: “We will give English MPs a veto over English-only matters, including on income tax.”

Prime Minister David Cameron issued a ‘vow’ of support for more devolution before the referendum on independence.

On the 19 September Cameron then claimed that ‘English votes for English laws’ – a process reducing the voting rights of Scottish MPs – would take place “at the same pace” as devolution to Scotland.

Leader of Labour in Scotland Jim Murphy, who toured Scotland campaigning for a vote against independence, expressed shock at the Conservative proposals.

However, the Conservatives claimed Murphy’s comments were an attempt to distract from the “smack down from his London colleagues” over cuts to Scotland’s budget.

The Smith Commission report proposed that rates of income tax would be devolved to the Scottish parliament.

Administration of the tax and the personal allowance threshold were set to remain at a UK level as a ‘shared tax’. (Click here to read more)

The commission ignored 72 per cent support for home rule by proposing that 70 per cent of tax income and 85 per cent of welfare spending remained under Westminster control. (Click here to read more)

The SNP want more tax powers devolved to Scotland, while the Conservative party wants a reform of English parliamentary representation.

A Scotland Act is expected after the General Election, where parties will face the challenge of passing new powers for Scotland into law.