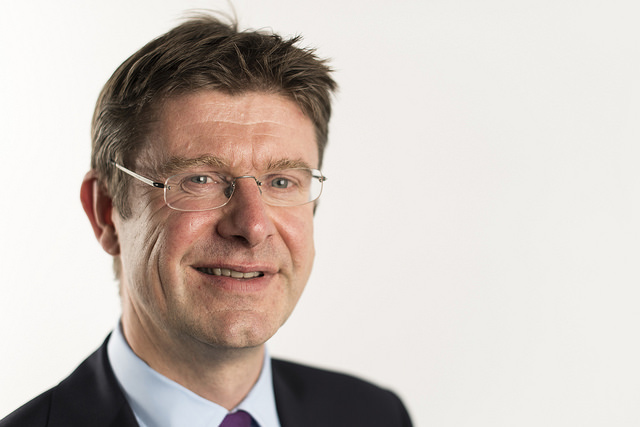 Opposition say more should be done on business reform

THE SCOTTISH GOVERNMENT has joined forces with unions and opposition MPs to rubbish the Tory government’s plans to reform business practices.

But the plans have been criticised by opponents who claim they are a “watered down” version of what Theresa May promised in her manifesto before the snap election.

The reform was supposed to bring greater transparency for the public from big business, but measures including workers seat on boards and a shareholder vote on executive pay have been dropped from the plans.

“Scotland remains the best performing of all the UK countries in terms of paying the Living Wage, with the highest proportion of employees paid the Living Wage or more.” Scottish Government

“Scotland remains the best performing of all the UK countries in terms of paying the Living Wage, with the highest proportion of employees paid the Living Wage or more – around 80 per cent – as we progress towards our target of 1,000 accredited Living Wage employers by this autumn.”

The reforms were announced as “world leading” by the UK Government, which has sought to increase accountability to boardrooms following the collapse of BHS.

But general secretary of the Unite union, Len McCluskey, claimed more needed to be done to bridge the gap between corporate pay and worker’s wages: “The UK is one of the most unequal developed economies,” he said.

“Too many at the top enjoy eye-wateringly high salaries and rewards like gold-plated pensions while the workers who have helped make them so rich struggle more and more to make ends meet.

“What is being proposed today will not do that. It will not address the wage crisis working people are enduring. Once again the big business lobby has brought the Tory party to heel.”

Unison general secretary Dave Prentis said: “Any move that requires private firms to be more transparent on pay is a step forward.

“But this won’t put any more pounds in the pockets of public service staff who’ve suffered under austerity.”

The union’s thoughts were echoed by MPs, who claimed the Tory party had reneged on plans to tackle inequality between business executives and employees.

“Any move that requires private firms to be more transparent on pay is a step forward.But this won’t put any more pounds in the pockets of public service staff who’ve suffered under austerity.” Dave Prentis

The SNP’s business spokesperson, Drew Hendry MP, said: “Most people want to see an end to the inequalities of excessive pay, but these proposals are heavily watered down from Theresa May’s promises.

“The Tories have ditched the representation of workers at board level and rights for 25 per cent of shareholders to trigger binding votes at company AGMs just to avoid backbench rebellions.

“Meanwhile, they are doing nothing to tackle the bigger problems of low pay and wage stagnation.

“Whilst some movement is welcome, irresponsible companies will not be worried by these measures.”

Labour’s shadow secretary of state for business, energy and industrial strategy, Rebecca Long-Bailey MP, said: “These proposals are just more crony capitalism from the Tories, who once again prop up the rigged system for the few at the expense of the many.

“The government wants the Investment Association, the trade body for the City’s largest investors, to keep this register. So, it begs the question, who are the Tories creating this for?

Business Secretary Greg Clark MP said: “One of Britain’s biggest assets in competing in the global economy is our deserved reputation for being a dependable and confident place in which to do business. Our legal system, our framework of company law and our standards of corporate governance have long been admired around the world.”