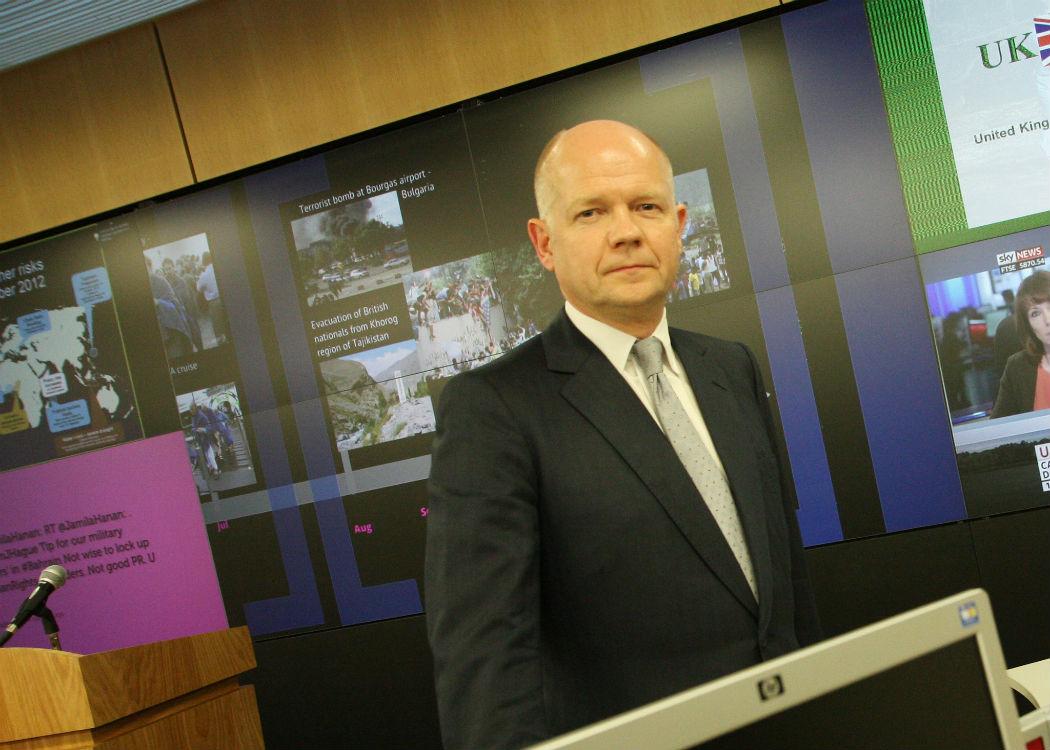 CONSERVATIVE MP William Hague has proposed a new constitutional plan for the UK Parliament which would grant English MPs a veto on schools, hospitals and the rest of UK income tax, but the SNP retorted that it was “shambolic”, claiming it is riddled with irregularities.

Hague’s proposal falls short of an English Parliament, demanded by some Tory MPs, as Scottish MPs can still vote on ‘English only’ matters.

But the proposal means English MPs, and Welsh MPs on some policy issues, can design policy before it reaches a House of Commons vote – a system Hague termed an ‘English Grand Committee’. A bill cannot proceed in the House of Commons without a majority in this committee, therefore effectively acting as a veto for English MPs.

Hague, leader of the House of Commons, said this was the least radical way of achieving ‘English votes for English laws’, while ensuring “fairness and accountability to England without breaking up the unity and integrity of the UK Parliament”.

“MPs from all parts of the UK would continue to debate, as they do now, anything they want. It is just that they would only be able to pass measures relating only to England with the agreement of the English MPs,” Hague added.

SNP Deputy Leader Stewart Hosie said of Hague’s proposal: “It is ridiculous that the Tories continue to push the shambolic and confused plan to stop Scottish MPs voting on parts of the entire UK budget.

“It is even more confusing that they are using the incomplete devolution of Income Tax rates and bands as a smokescreen by William Hague and his colleagues.”

Income tax rates and bands are being devolved to the Scottish Parliament under the Smith Agreement, but thresholds and allowances will still be decided by the Westminster Parliament.

“It is impossible to separate these things out,” Hosie said. “So unless the UK Government wants to devolve a tax in full, everything, then they can’t carve Scottish MPs out from debating the fine details of it. It just doesn’t make any sense.”

Hosie added that the confusion of Hague’s plan “has actually made the case today for full fiscal devolution – where Scotland takes full responsibility for growing the economy, and not this half way house which offers minimal economic powers while resulting in a loss of voting rights.”

Attempts at cross-party talks to resolve the ‘West Lothian Question’ – where Scottish MPs can vote on English laws but English MPs cannot vote on Scottish laws – failed as Labour accused the Tories of a “stitch-up”.

Labour is yet to put forward new constitutional proposals for the Westminster Parliament, concerned that any reduction in power for Scottish MPs could deny them a majority in the House of Commons on key issues like health and education.

John Redwood MP, on the right of the Conservative party, said he believed Hague’s proposals still gave SNP MPs too much “leverage”.

“If you had a lot of Nationalist MPs, for example, who wanted something for Scotland then presumably they would all gang up and try to block an English proposal until we cave in on what they wanted. It would be perfectly legitimate political tactics,” Redwood said.

The Tories will introduce the new plan if they win the 2015 General Election in May.

Picture courtesy of the Foreign and CommonWealth Office.