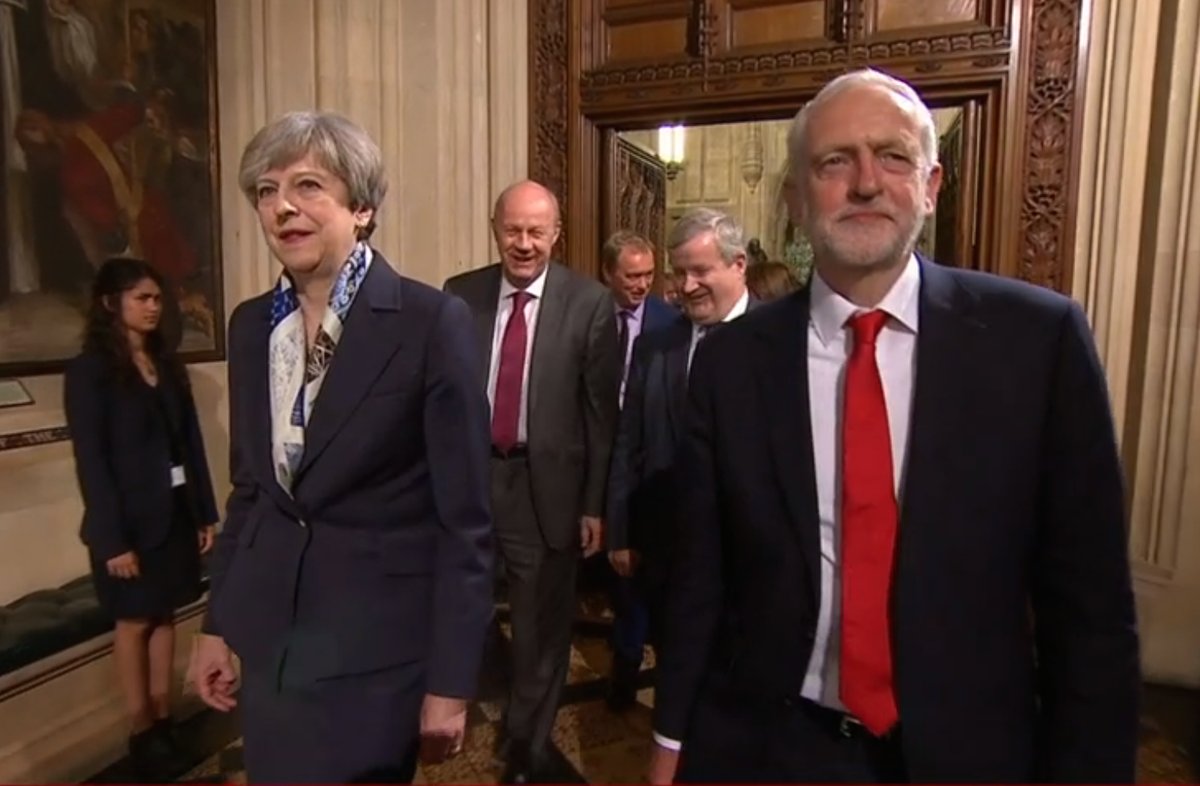 THE TORIES ARE CLINGING to power after losing the party’s majority in the self-imposed June snap General Election. The 2017 Queen’s Speech – setting out priorities for the next two year – dropped many of the party’s main policies, and now faces criticism as a Brexit “power grab” and for failing to confront high inequality and major public service challenges.

CommonSpace highlights some of the main responses to the Queen’s Speech, from campaigners and political parties, who are warning that the government’s agenda and stability are struggling to cope.

“This amounts to a power grab – a sweeping constitutional rewrite carried out by a government with the slimmest possible majority, without any political consensus, and with important checks and balances missing from key pieces of legislation. If they get through, these bills risk undermining the rights and protections of the British people and redefining the role this country plays in the world for the worst.

“We call on MPs of all parties to ensure this government is held to account, first and foremost by amending or rejecting the Great Repeal Bill, which poses the gravest risks to our rights.”

“The key message of the General Election was that whilst the Tories wanted to find a way to bury their Brexit squabbles, people across the UK wanted an alternative to austerity, protection for workers and more pay for dedicated public servants.

“Whilst the Theresa May has been forced to withdraw some of the most ridiculous of her manifesto proposals, she has nothing to meet the aspirations of the voters who turned against her, and towards Labour just a few weeks ago.  Nothing for those who are on zero-hours contracts or stuck in the gig-economy and nothing to lift the public sector pay cap. This is despite the admission of many Tories during the election that it is unsustainable.

“Theresa May is in office, but clearly not in power – she is a lame duck Prime Minister leading a lame duck government. It took Theresa May just four days to ditch her first flagship manifesto policy, and it’s taken barely four weeks for her to ditch the rest.

“There was nothing in this programme to try and turn around the faltering economy, or how to support our under-pressure public services. Years of Tory infighting have ultimately led us to this moment – they have effectively brought government to a standstill, and working people across the country are paying the price.”

“What we were presented with was evidence of a government that’s out of ideas and out of time. It further demonstrates that we have a Prime Minister who is incapable of recognising the public mood and perception of both her party and her policies. The Queen’s Speech gave no recognition of the Tories’ failure to win a majority at the General Election, nor the fact that a majority in Scotland voted to remain in the European Union.”

“This was a weak, vague and mean-spirited programme from a Tory government in meltdown.Theresa May has no political authority, and while she struggles to stitch together a deal with the DUP to stay in office, she has been forced to ditch policies from her wildly unpopular manifesto.

“But it is deeply disappointing that this government appears determined to press ahead with deep cuts to public services and a failed austerity programme that has lost public support.”

“This is a Government with purpose. Determined to deliver the best Brexit deal. Intent on building a stronger economy and a fairer society.

“Committed to keeping our country safe, enhancing our standing in the wider world and bringing our United Kingdom closer together. Putting ourselves at the service of millions of ordinary working people for whom we will work every day in the national interest.”