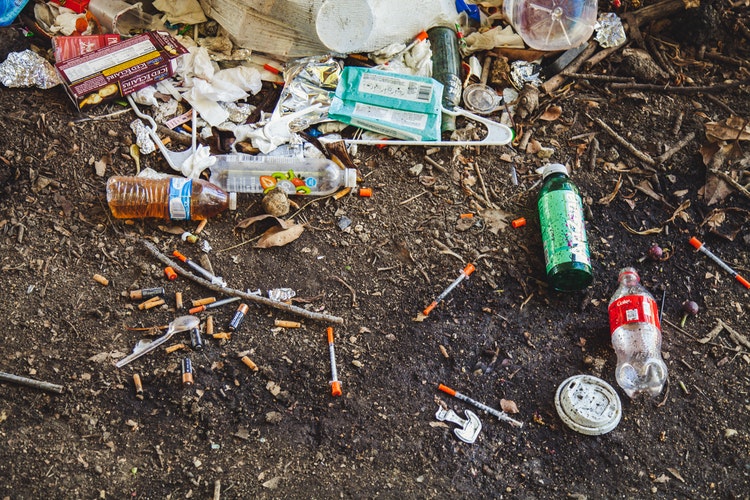 After several Tory leadership contenders admitted to past illegal drug use, an SNP MP said they should finally back safe consumption rooms.

CONSERVATIVE MPs battling to replace Theresa May have been urged to stop “playing politics” on drug use and back proposals to tackle addiction related harm.

SNP MP Alison Thewliss has urged the Home Secretary to reconsider his block on proposals to establish a Safe Drug Consumption Facility [SDCF] in Glasgow as part of a bid to tackle addiction and public health concerns.

Scotland recorded 934 drug-related death in 2017, more than double the UK average with Glasgow in particular experiencing an “unprecendented spike” in deaths.

Thewliss has long campaigned for the introduction of a SDCF in the city, a proposal back by the Scottish Government and Glasgow council.

Despite cross-party support, Home Secretary Sajid Javid has continued to block the establishment of such a facility.

In a letter to Javid, who is running to replace Theresa May in the Tory leadership contest, Thewliss says a spike in the number of people injecting drugs like cocaine and heroin has fuelled an increase in HIV and Hepatitis C.

As well as providing emergency lifesaving treatment in the event of overdose, an SDCF would also help to eliminate the risks of life limiting diseases such as Hepatitis C which drug users can contract by sharing dirty needles.

Commenting, Thewliss said: “The Tories must stop playing politics on drug use – and back the long-overdue action needed to tackle addiction and reduce health risks.

“Recent headlines have exposed the gross hypocrisy of the Tory leadership candidates, some of whom have taken cocaine and other drugs themselves, while criminalising other drug users and blocking vital measures that would help prevent harm.

“I urge Sajid Javid to meet with me urgently to discuss the proposed Safe Drug Consumption Facility (SDCF) in Glasgow, which is backed by Glasgow City Council, the Scottish Government, and cross-party politicians at Holyrood and Westminster.”

Despite blocking the policy, the Home Office recognised some benefits in a 2014 report, saying there was” some evidence” for the effectiveness of SDCF’s in addressing “public nuisance” associated with open drug scenes as well as “reducing health risks for drug users”.

Thewliss was critical of the failure by successive governments to tackle drug use: “In my own constituency, I have seen an upsurge in needle sharing which has led to a rise in cases of HIV and Hepatitis C.

“Drug policy at Westminster is failing the people who need the most help. There is cross-party consensus for action on this problem, and plans for a facility in Glasgow have been unanimously backed by councillors. The only remaining barrier is the Tory government’s unwillingness to grant the exemption needed to move ahead with this important facility.

“If Westminster will not act to tackle problem drug use, then it must devolve the powers to the Scottish Parliament so the SNP government can get on with the job.”