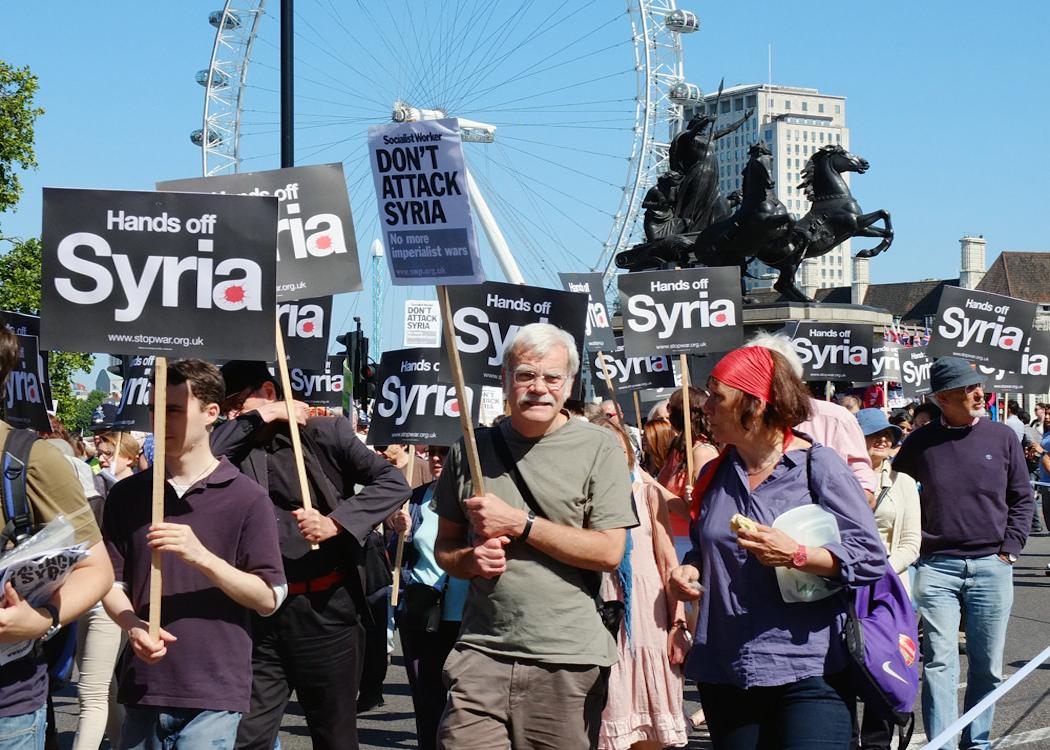 Criticisms of military action, alliances and lack of diplomacy against bombing plan

MEMBERS OF ALL MAIN political parties raised concerns today [Thursday 26 November] that a UK bombing campaign in Syria would fail to meet its objective and risk inflaming further violence.

The lengthy debate in parliament – including 105 questions from MPs – followed the release by Prime Minister David Cameron of his case for war in Syria, extending current bombing action in Iraq across the border to target Daesh (Islamic State) extremists.

Cameron released a 36-page response to the foreign affairs select committee criticism of the case for war. However, this failed to receive support from his own colleagues.

The top concern of MPs was the lack of moderate ground forces to ensure stability in Syria – even if airstrikes were effective at pushing back Daesh.

“The existence of 70,000 adequate ground forces is a revelation to me and I suspect to many others in this house,” said Lewis (chair of the defence committee).

Lilley echoed these comments, asserting: “There are no moderates” among the Syrian rebels.

Chope was most worried about the erratic combination of allies and opponents, all with individual motivations for military action in Syria. He said that Turkey is “more interested in bombing Kurds than bombing ISIL (Islamic State)”.

Leigh claimed that a “ragbag army of the ‘Free Syrians’ is not going to take this terrority” from Daesh.

A Tory rebellion on military action led to Cameron’s defeat on a proposal to bomb the Syrian government, led by Assad, in 2013.

Similar unease a month ago led the UK Government to state that a vote on bombing Daesh would only take place if there was a clear “consensus”.

A vote is expected in parliament next week. However, the Labour leadership and all SNP MPs are expected to oppose military action.

Angus Robertson MP, SNP Westminster leader, focused his concerns on a lack of ground support for any aerial bombardment and a lack of planning for any reconstruction of Syria.

“Two years ago the prime minister urged us to bomb the opponents of Daesh, that would probably have strengthened this terrorist organisation. Today the prime minister wants us to launch a bombing campaign without effective ground support or a fully costed reconstruction and stability plan,” Robertson said.

As an alternative, SNP MPs pushed for greater engagement with the Vienna peace talks to ensure a ceasefire between warring factions to allow a stronger regional coalition against Daesh.

The US-led airstrike campaign in Syria has lasted almost 16 months so far, with no clear breakthrough in sight.

Russian and Iranian forces support the Assad regime, while the West opposes the government. Turkey is also targeting the Kurds, undermining the fight against Daesh extremism.

The key partner that Cameron wants to side with are moderate rebel forces called the ‘Free Syrian Army’, which intelligence reports claim number 70,000.

This figure was repeatedly challenged with Labour MP Emily Thornberry stating that there were “questions over whether they really exist”.

Cameron claimed that he had no part in the 70,000 figure, which was sourced by UK intelligence services.

The prime minister claimed that bombing Syria was necessary to target Daesh extremists and prevent its militants threatening the UK.

Daesh itself emerged from the quagmire of the bombing, occupation and sectarian civil war surrounding the 2003 western intervention in Iraq.

Lindsey German, convenor of the Stop the War coalition, responded by promising a week of protest and lobbying to build a case against the war.

The organisation released seven key criticisms of the proposed bombing.

A vote on military action is expected next week, which would included a further day’s debate in the Commons.