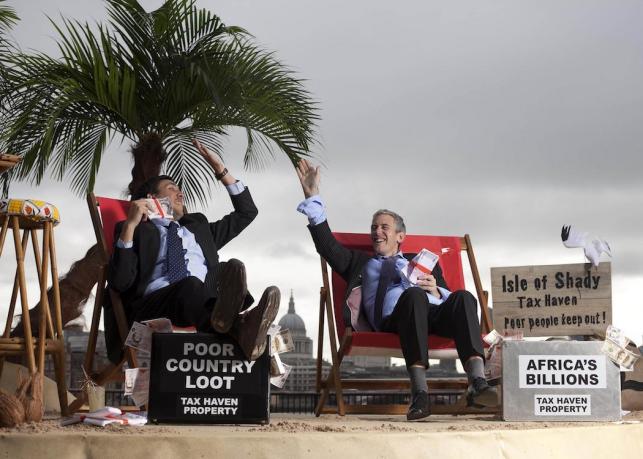 ATTEMPTS TO CRACK-DOWN on tax havens stealing billions from public service funding are being watered down and opposed by the UK Tory Government, according to an MEP scrutinising the process.

Sven Giegold, a financial and economic policy spokesperson in the European Parliament, hit out at the Tory Government for seeking to protect the tax haven jurisdictions of Jersey and Guernsey despite being on its way out the EU exit door.

He also claimed the low corporate tax nations of Ireland and Luxembourg were trying to slow the attempts by EU leaders down, following outrage in 2016 over the Panama Papers scandal.

“It is a slap in the face of all honest European taxpayers that the UK, Ireland and Luxembourg are blocking a real blacklist with strict criteria,” Sven Giegold.

This week the EU Council sent out correspondence to 92 nations as part of compiling a list of ‘non-cooperative jurisdictions for tax purposes’, following the agreement of EU finance ministers late last year.

Giegold criticised the UK government’s role in the process – which has traditionally opposed EU-wide finance and tax transparency reform.

“It is a slap in the face of all honest European taxpayers that the UK, Ireland and Luxembourg are blocking a real blacklist with strict criteria,” he said.

“The blacklist criteria discussed by the member states are much weaker than what the commission proposed. In particular, Britain is trying to protect its Jersey and Guernsey territories before it leaves the EU.”

Last April the biggest data leak in the history of journalism exposed the world’s rich and powerful as complicit in a vast offshore secrecy cabal.

Over 11bn files from Panama legal-financial firm Mossack Fonseca exposed UK Prime Minister David Cameron, the Queen, 11 other current or former world leaders, major banks (including RBS and HSBC), and the UK’s system of ‘overseas territories’ as linked to the system of tax havens that hoards at least £13trn of global wealth.

Over half of the 215,000 firms identified in the leaks were based in UK administered tax havens.

Tax fraud is estimated to cost the UK £16bn a year, according to UK Government auditors.

Picture courtesy of Enough Food It