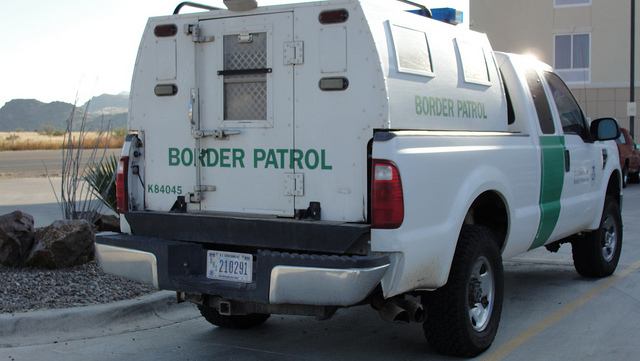 IN THE WAKE of the Windrush controversies and Theresa May’s ‘hostile environment’, campaign group Global Justice Now hopes to kick-start a national conversation that will move ‘open borders’ from an aspiration to a policy capable of implementation.

On 22 May, the UK-based international social justice advocacy group will host a public discussion in Glasgow that interrogates the concept of open borders – the free movement of all peoples between all nations – with a view towards articulating it as a viable policy.

While there have been limited applications of open borders between nation-states under treaty agreements, such as the Nordic Passport Union, and similar policies such as free movement within the European Union and federalised states such as the USA, the idea remains largely hypothetical.

Nevertheless, in the view of some, open borders are morally necessary. The American bioethicist Jacob M. Appel has argued that “treating human beings differently, simply because they were born on the opposite side of a national boundary” is an inherently unethical imposition upon the human race – and politically attractive. In 2011, the economist Michael A. Clemens posited that open borders, if applied globally, would result in an increase of 67-147 per cent in Gross World Product GWP, and by a median estimate, the doubling of the world’s Gross Domestic Product (GDP).

Despite the widespread idealism associated with the concept, however, open borders lack significant political support, which Global Justice Now aims to change with both the work it does and the debate it hopes to inspire.

Haigh notes that the present political environment, fostered by much of the media, is unwelcoming to migrants. While many wish to reverse this narrative, Haigh believes they have generally not provided sufficient solutions for doing so.

“How do we create this world where we could have open borders?” Kirsty Haigh, Global Justice Now

“So, we think this is a really good time to start having those bigger conversations – how do we create this world where we could have open borders? What does that actually mean in the context of the policy world we’re living in at the moment? What can we be doing, in light of this ‘hostile environment’ that’s been created, to combat this and move towards open borders?”

Despite the rich intellectual background to the proposition, Haigh acknowledges that its public articulation has sometimes been shallow, and public understanding and appreciation may have suffered as a result.

“’Open borders’ is a phrase we’ve been hearing a lot – it’s often used interchangeably with ‘no borders’ and ‘free movement’. I think, even within the left, there’s no clear context as to what it actually means when people are saying it.

“So, we think it’s really important that we start to map out what we mean by this. At Global Justice Now, we’ve started to map out how we think changes could be made towards open borders. We’re also fully aware that lots of people – rightly – have lots of concerns around these issues, so we want to bring people together for a conversation to collectively draw up a roadmap for how we could get there.”

Despite acknowledging the validity of some people’s concerns, Haigh attributes some of the potential resistance open borders might encounter to the often viciously anti-immigrant political climate the UK has endured for decades.

“That’s one of our biggest challenges – to combat this racist political narrative and help raise the voices of people across the country who do think migrants should be welcome here.” Kirsty Haigh, Global Justice Now

“We live in a society where, for years, government, media and our institutions have consistently blamed migrants for a whole host of problems – problems which, more often than not, they didn’t cause,” Haigh argues. “That has therefore led to an environment where, quite often, lots of the general public ends up going along with what they’ve been told. That’s one of our biggest challenges – to combat this racist political narrative and help raise the voices of people across the country who do think migrants should be welcome here.”

While the idea of open borders may appear utopian to those who have only ever known nation-states via the imposition of stringently enforced national boundaries, Haigh says that it was not always thus: “Borders were a man-made invention – borders haven’t existed forever. The border industry is massively profitable, where companies are, in a lot of places, tied into the government and create masses of wealth for themselves by putting up borders.

“We need to talk about how we can move towards a world where people can move and live freely, and aren’t stopped by these arbitrary barriers.”

Open borders is an inherently international concept, so how important is it to focus on change within a single nation-state, versus attempting to motivate a global movement towards changes? Haigh argues that, while an international context is vital, Scotland can lead the way.

“We want to talk about global free movement, creating a world where borders don’t hem people in. But, in order to make that happen, one of the most useful things we should start doing is to look at what we can do in Scotland, and how we can make changes here that can help implement change across the UK, across Europe, and then across the world. So, to some extent, it’s leading by example, but we also need very much to join in with global conversations.

A way of changing the public’s perception of borders is to highlight the double-standard that applies to capitalism and those companies large and powerful enough to traverse borders far more easily than individuals can.

“Already, we have open borders for capital – that exists in a way that harms us greatly,” Haigh says. “It’s these same people [that ensure freedom for capital] who are putting in borders for people.

“I think the left has been slow to act on the issue of migration as a whole, and the issue of moving towards open borders hasn’t been discussed.” Kirsty Haigh, Global Justice Now

Haigh acknowledges that, while there is certainly the potential for a unified, cohesive movement to build around a practical vision for open borders, it’s not there yet. Asked how much political division exists between open borders advocates, Haigh responds: “I think, to some extent, it’s hard to tell. Even amongst the left, there hasn’t been enough conversation around this topic yet. I think the left has been slow to act on the issue of migration as a whole, and the issue of moving towards open borders hasn’t been discussed.

“I’m almost certain there are divisions that haven’t been hammered out yet, but that’s what we’re trying to achieve – allowing people to raise their concerns.”

‘What does Open Borders actually mean?” will take place on Tuesay, 22 May at 7pm, at the The Pearce Institute, 840-860 Govan Road, Glasgow. Speakers will include Debora Kayembe, human rights lawyer and on the Board of Directors for the Scottish Refugee Council and representative of refugee minorities on the Royal Society of Edinburgh; Aisha Dodwell, Global Justice Now Campaigns and policy manager; and Ben Wray, editor of CommonSpace. Admittance is free; more information can be found here.