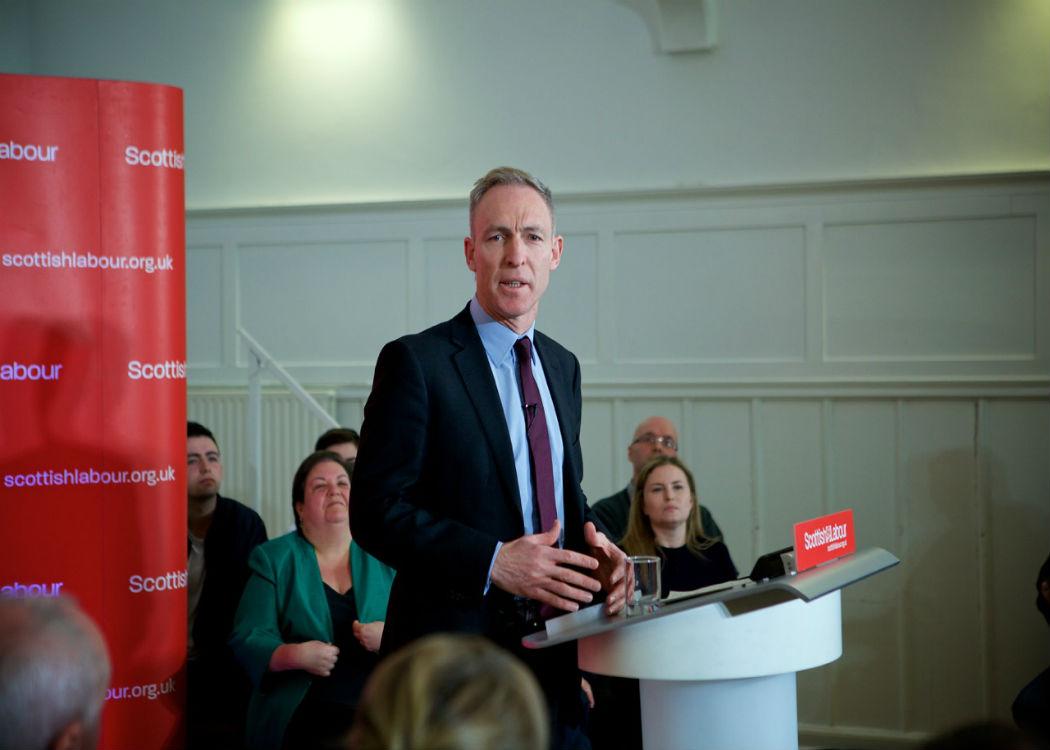 Murphy criticised Unite over the Falkirk selection row in 2013

TRADE union youth representatives at the STUC conference have walked out of an STUC president’s dinner due to Scottish Labour leader Jim Murphy’s appearance, telling him that he is a “warmonger” and “an enemy of working people”.

Five trade union youth representatives, including Bryan Simpson, who represents 144,000 young members on Unite’s Executive Council, and Sarah Collins, former STUC youth committee chair, were not aware that Murphy would be appearing at the dinner on Tuesday evening, and were angry when he arrived.

They walked out before the meal began and had strong words with the Scottish Labour leader as they left.

Simpson told CommonSpace: “I said to him: ‘Hi Jim, just to let you know a number of young trade unionists cannot be in the same room as you as you are a warmonger, and an enemy of working people’.”

Collins, a Unison activist in East Ayrshire, said that she couldn’t “stay in a room, eating dinner with him [Murphy] in there”.

She added: “He’s no friend of the trade union movement, he’s a warmonger, it’s not right that he’s been invited to a trade union dinner.”

Murphy criticised Unite, the biggest trade union in the UK, over the Falkirk candidate selection row in 2013.

Senior Unite Scotland activist Stevie Deans was accused by the party leadership of manipulating the local party selection process that was set up to find a Falkirk West constituency candidate for the 2015 General Election. Deans resigned, although an internal Labour review eventually found no wrong-doing by the union.

Murphy said at the time that Unite “well and truly overstepped the mark”.

Len McCluskey, Unite general secretary, stated prior to Murphy’s election victory that it would be “political death” for Labour in Scotland if he was to become party leader.

In February, Murphy came in for criticism from STUC general secretary Grahame Smith, who said that while it was positive Murphy was talking about tackling zero-hour contracts, he had “nothing at all to say about the role of unions in reducing it or what a future Labour government might do to support union organisation or to extend the scope and reach of collective bargaining”. (Click here to read more).

The STUC represents over 600,000 trade unionists, and the annual conference in Ayr has been addressed by UK Labour leader Ed Miliband and First Minister Nicola Sturgeon.