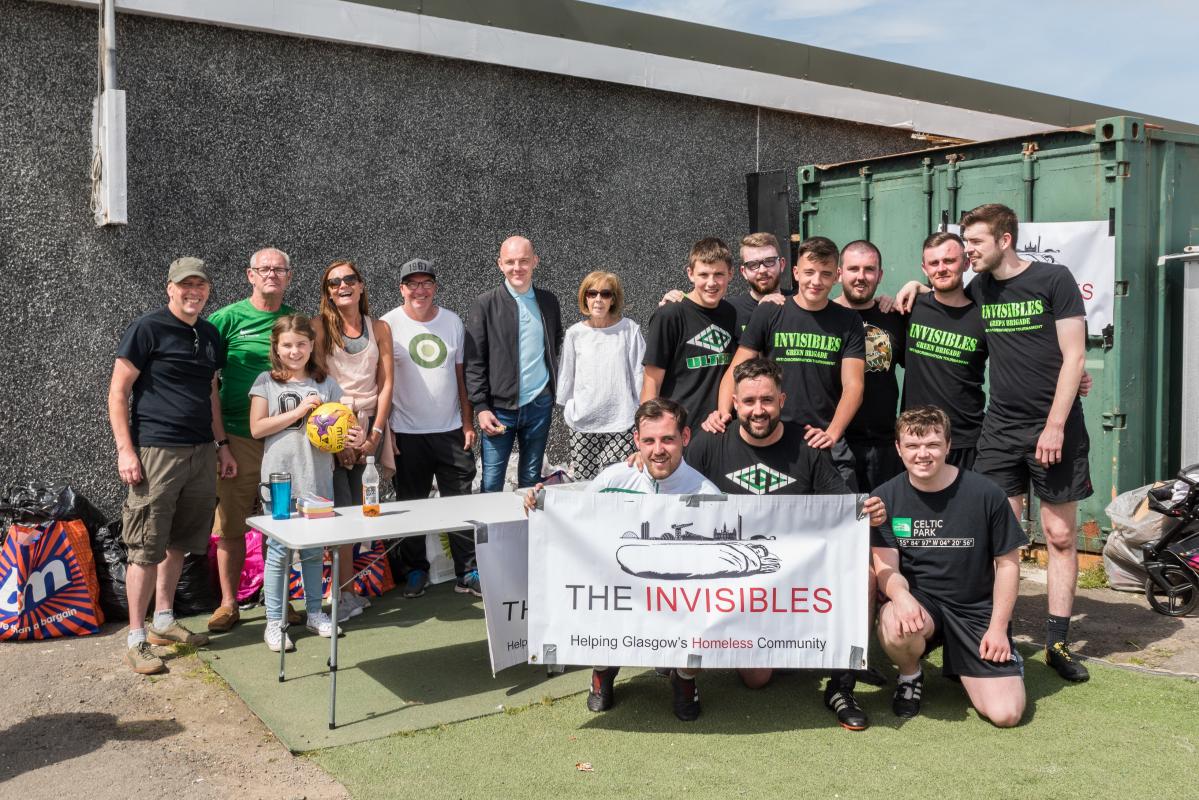 A GLASWEGIAN community action group held their annual drive collecting used trainers for the homeless on Saturday and were delighted to receive over two hundred pairs.

The Invisibles are a collection of volunteers who exist to bring relief to the homeless, and especially rough-sleepers, in Glasgow. Every Wednesday night they are present in the city-centre handing out sleeping-bags and clothing to those most in need. Trainers are usually the item they hand out most and every year.

At the Celtic supporter group Green Brigade’s anti-discrimination tournament they run a stall and ask people to donate their second-hand trainers.

The founder of The Invisibles, Dermot Hill, said the event was a great success.

Hill told CommonSpace: “As ever it was a cracking day at James McGrory Park and always a great thing to be a part of. The Invisibles have been attending this tournament for four years now collecting clothes and trainers and the response is very humbling and the generosity of Glaswegians always impresses. We got loads of clothes too and were even getting trainers in their boxes brand new.

“I would like to relay a massive thank you to all involved. The Green Brigade for allowing us to set up our collection point and the staff and players at St Rochs always make us feel so welcome. Obviously a huge thanks to all the donors, their donations will be helping make our homeless folk that bit more comfortable in the months ahead. And I almost forgot our own volunteers – they were superb as always.”

The tournament is held at the home of St Roch’s Juniors on Royston Road, Glasgow, and activists and charities from all over Glasgow come together to play football and connect with new ideas and people. Groups like the Red Front Republic and Glasgow Afghan United were among those invited to enter the tournament this year. 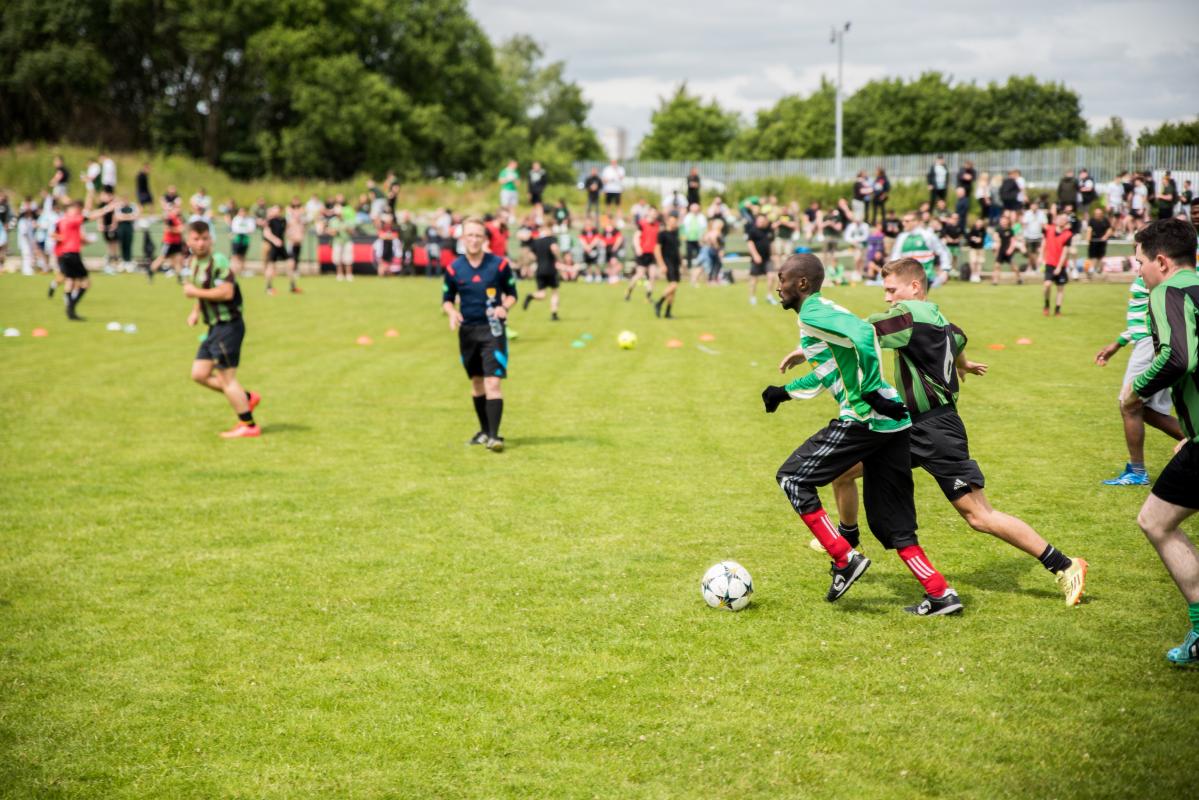 The Invisibles were joined by other groups running stalls and raising awareness such as Living Rent and Royston Youth Action. Period Poverty campaigners Erin Slaven, Orlaith Duffy & Mikaela McKinley were also in attendance and were happy to announce afterward that St Roch’s will now be offering free sanitary products from next season onwards.

The Invisibles are one of around fifty street-groups helping the homeless and operating on a voluntary basis in and around Glasgow city centre. Most of these groups offer food and drinks but The Invisibles noticed a need for clothing and sleeping bags and decided this is the area they would look to help.

Many of the soup kitchen’s in Glasgow occur in Cadogan Street next to Glasgow City Mission’s premises. This is where The Invisibles base themselves too on a Tuesday night. Their team of volunteers arrive and set up their stall with some clothes that people can help themselves too. Whilst this is going on another few of their volunteers will mingle among the crowds and select anyone they think is particuarly vulnerable and equp them with anything they think is essential, such as a sleeping bag.

Picture courtesy of the Invisibles