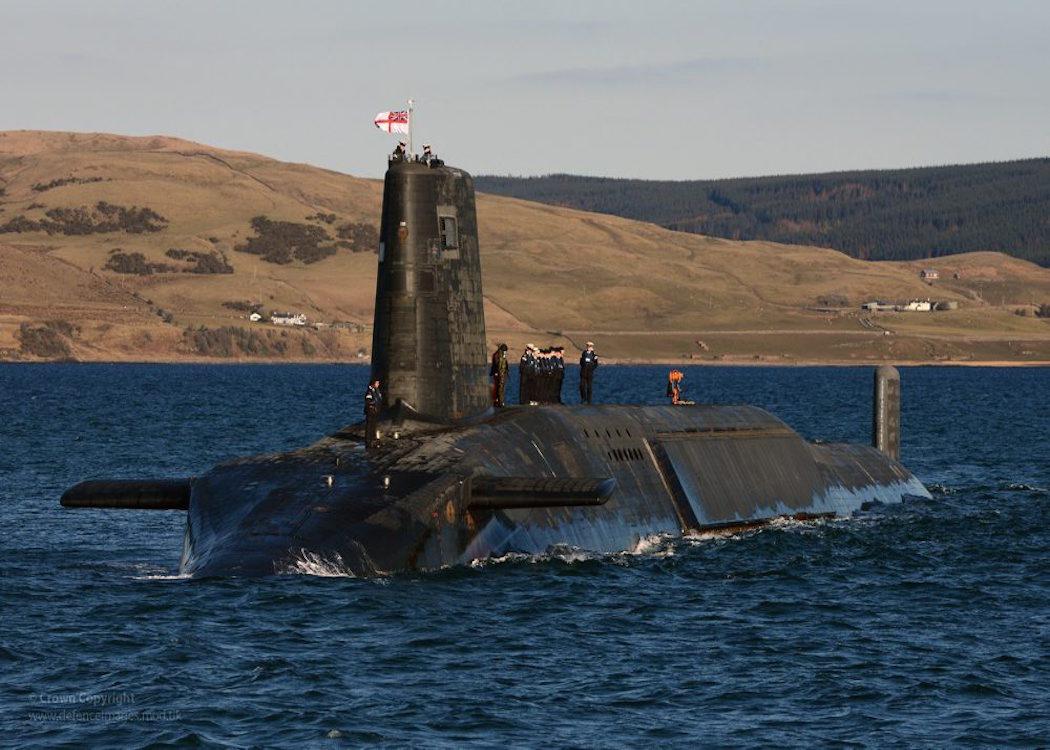 CHANCELLOR GEORGE OSBORNE is apparently aiming to strip the Ministry of Defence of its PS40bn Trident renewal contract as the controversial issue continues to cause problems within the government.

A source quoted in the Telegraph suggests that a ‘tug of war’ is taking place between departments, with Osborne questioning the ability of the MoD to actually deliver the new Vanguard-class submarines by 2028.

The track record of the department on similar projects has been poor and it is rumoured that a new body will shortly take charge of the project. This would effectively see the Treasury and Osborne gaining control of Trident renewal; the loss of the PS40n contract would be a massive loss to the MoD and the unnamed source insisted the department would put up a fight.

The U-turn on Trident by the Conservative party’s veteran chairman of the defence select committee in 2013 hinted at dissent within the party over the costly renewal programme. James Arbuthnot, who is also a former defence minister, described Trident as a “potential booby trap”. And in a Commons vote this year Tory MP Crispin Blunt rebelled and voted against renewal, calling the cost “excessive”. Renewal of Trident was supported by 364 votes to 37, but the decisive vote on the “maingate” phase of the project will take place in 2016.

Blunt’s parliamentary questions recently led to figures being released by the Ministry of Defence which revealed the overall cost to be around PS167bn – a much higher sum than previously stated by officials, and 12 times greater than the proposed welfare cuts. Current MoD projects have spiralled in cost, like the Astute-class submarines, which will now cost PS9bn – double original estimates.

Around half of Scots say they oppose nuclear weapons in opinion polls; twice as many as respondents in England. The Scottish Labour party recently joined the SNP in taking an anti-trident stance during its autumn conference, but the UK Labour party remains committed to renewing the weapons.