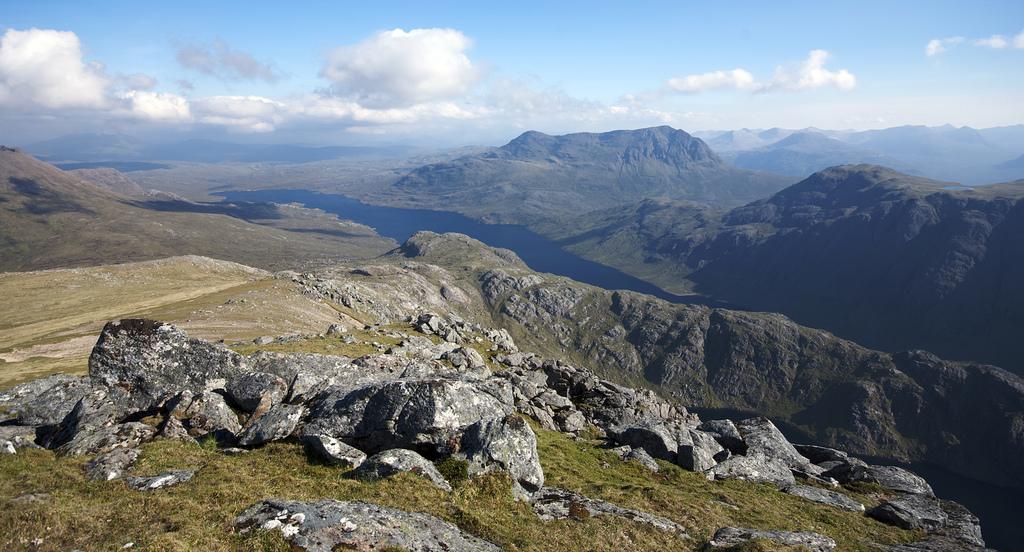 For generations we in these far flung corners of Scotland have fought against our weather, struggling in the face of raging winds, giant waves and surging tides. How delightfully ironic, that these same elements could now become our best friends, our economic allies. Scotland has 25% of Europe’s wind and tidal energy opportunity and 10% of its wave energy capacity and much of this lies dormant in the Highland sand Islands.

Harnessing this socio economic opportunity should be the stock in trade of good government but here there is a tale of two governments. The Scottish Government could not be more supportive but lacks any real energy powers. Those powers we do have are exercised through the planning system. We can say what we don’t want and we certainly don’t want new nuclear plants, but we can’t effectively incentivise those technologies we do want, like offshore wind, wave and tidal energy.

UK Governments of every political hue have let us down badly. Energy policy and especially the privatisation first begun by Margaret Thatcher continued by Labour and more recently the Coalition has proven to be a disaster whichever way you look at it. The acid test is spare capacity generation, which at the UK level has plunged to an all-time low, predicted to fall to 2% next winter. It is generally believed that security of supply necessitates spare capacity between 20%-30% in order to keep the lights on if, for instance, there was a fault at a major power station.

The reason for this dangerously low generating capacity is lack of investment in new power generation to replace older power stations, many of which have reached or are approaching the end of their lifespan. With energy companies often being both generators and suppliers there is and has been an inadequate incentive to invest in new generation. Why would they when scarcity of supply drives up prices?

The energy market, like any other, is subject to the law of supply and demand.

In order to keep the lights on, National Grid is forced to pay over the odds to buy in spare capacity, driving up wholesale prices as it does so. Thus we have fuel poverty well documented on some of Scotland’s islands now in excess of 50%. While this is a function of low wages and poor housing the main factor is the rising cost of energy. There is something immoral about communities suffering fuel poverty to such an extent when they are awash with such potential to harness energy.

In Scotland we currently export around 25% of the electricity we produce. Increasingly this is from renewable sources. We help to keep England’s lights on and help the UK Government meet its climate change targets. We were promised that if we voted No in the Referendum the broad shoulders of the UK would help to see our renewables industry flourish.

Instead the London Government seems desperate to buy in energy from anywhere but Scotland. Last year they spoke to the Irish Republic hoping to buy excess wind energy. They were told to come back in a decade. Lately they have dreamt up a capacity mechanism to subsidise two new interconnectors from France and Belgium to the south of England. A further interconnector has recently been given the go ahead from Norway to the northeast of England. Such is the desperation to buy in energy from elsewhere, anywhere it seems but Scotland.

No such interconnectors have been promised for Scotland’s islands, despite a report published in 2013 suggesting our islands could provide 5% of the UK’s electricity by 2030 and ultimately around 20% of its electricity requirement. This possibility is being strangled at birth for the lack of these interconnectors, the copper cables that transport the high voltage current to the mainland. This report was a jointly funded UK and Scottish Government report, is therefore free from political bias, and was warmly received and well regarded. It suggested around 10,000 jobs could be provided across Orkney, Shetland and the Western Isles by 2030, with a further 29,000 across the UK Mainland. The opportunity, of course, is not restricted to these islands only. All of the Highlands and Islands stand to benefit in an opportunity that can provide the means of rebuilding resilient and economically successful rural communities.

Ofgem’s formula for providing interconnectors demands a very significant contribution from prospective developers. So far this mechanism has been a show stopper. State Aid rules are often cited as an excuse but that has not stopped the European Central Bank from funding an interconnector to Sardinia nor the above mentioned interconnectors.

The missing ingredient has been political will, interconnectors having been talked about for our islands now for over a decade with no progress. Unfair transmission charges which are a product of a bygone era of centralised energy production are a further problem. Those same unfair transmission charges, which penalise energy generation in Scotland and which appear to have ensured the early demise of Longannet, also disproportionately penalise renewable energy generators in Scotland, especially those in the Highlands and Islands. Ofgem’s long delayed review of these charges, Project Transmit, is likely to be too little and too late.

Perhaps the real tragedy that is unfolding is the loss of our lead in wave and tidal technology. Orkney’s European Marine Energy Centre is ten years ahead of the rest of the world in developing these technologies but this lead is now threatened by the lack of a new interconnector as Orkney’s grid has been at full capacity for some time. Commercial scale deployment and testing of devices that are approaching market readiness is now not possible.

There is thought to be a world market for wave energy devices of around PS460 billion. A significant slice of this could be Scotland’s. Our oil and gas supply chain earned more abroad last year than it did in the UK. We could do the same with renewable energy technologies. There is a huge economic prize to be gained if we maintain and consolidate our lead in marine renewables.

That great Labour Secretary of State for Scotland, Tom Johnston, brought hydro power to the glens and affordable electricity to our homes. LibDem Secretary of State for Scotland, Alistair Carmichael, did nothing to further our renewable opportunity, indeed it is arguable that he has overseen an era in which inaction on interconnectors has done real and lasting economic damage to the islands he is meant to represent and particularly to his home island of Orkney.

The SNP Manifesto included a commitment for investment in energy infrastructure so that we can maximise renewable energy generation. That is why I fully endorse the First Minister’s demand this week that the Scottish Government is properly consulted on energy policy. The socio-economic prospects of the Highlands and Islands depend on it.